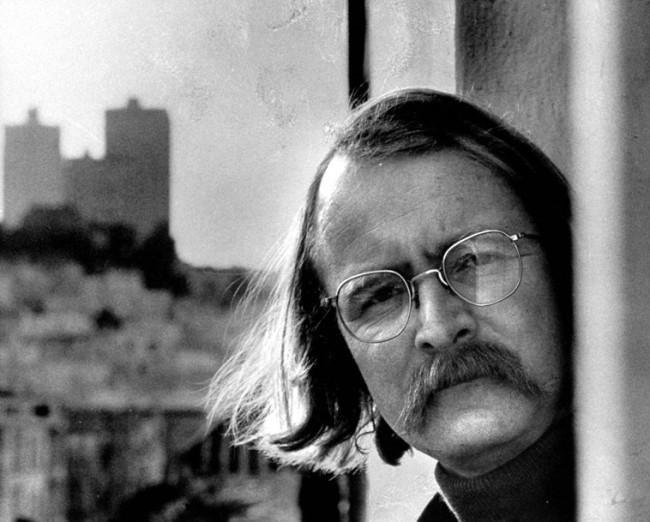 She was too old for that much meat. Perhaps she used it for a bee hive and she had five hundred golden bees at home waiting for the meat, their bodies stuffed with honey.

“What kind of meat would you like today?” the butcher said, “We have some good hamburger. It’s lean.”

“I don’t know,” she said. “Hamburger is something else.”

“Yeah,” the butcher said. “It’s a good day for hamburger. Look outside. It’s cloudy. Some of those clouds have rain in them. I’d get the hamburger,” he said.

“No,” she said. “I don’t want hamburger, and I don’t think it’s going to rain. I think the sun is going to come out, and it will be a beautiful day, and I want a pound of liver.”

The butcher was stunned. He did not like to sell liver to old ladies. There was something about it that made him very nervous. He didn’t want to talk to her any more.

He reluctantly sliced a pound of liver off a huge red chunk and wrapped it up in white paper and put it into a brown bag. It was a very unpleasant experience for him.

He took her money, gave her the change, and went back to the poultry section to try and get a hold of his nerves. 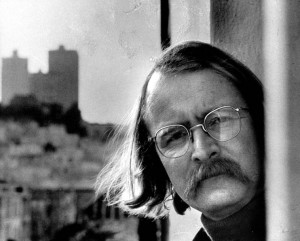 By using her bones like the sails of a ship, the old woman passed outside into the street. She carried the liver as if it were a victory to the bottom of a very steep hill.

She climbed the hill and being very old, it was hard on her. She grew tired and had to stop and rest many times before she reached the top.

At the top of the hill was the old woman’s house: a tall San Francisco house with bay windows that reflected a cloudy day.

She opened her purse which was like a small autumn field and near the fallen branches of an old apple tree, she found her keys.

Then she opened the door. It was a dear and trusted friend. She nodded at the door and went into the house and walked down a long hall into a room that was filled with bees.

The bees came to her and gathered about her lovingly while she unwrapped the liver and placed it upon a cloudy sliver platter that soon changed into a sunny day.