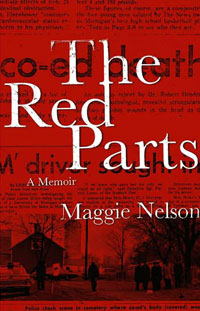 For a long time, I worried there was something wrong with me as a writer, because I leaned so heavily on the thinking and writing of others. And further, that instead of wanting to hide that leaning, my impulse has often been to showcase it, to make this thinking-with-others, this weaving of mine and others’ words, part of the texture of my writing.

The flip side of this “leaning against” has been well put by Emerson, that sage of self-reliance, who famously said: “I hate quotations. Tell me what you know.” This is also good advice. “Leaning against” can’t be an excuse that saves one from doing the real thinking and writing. I still struggle with this balance. I’m not saying I always get it right. What I’m saying is that it can be a worthwhile and generative place in which to experiment, stumble around, live, and create.

The phrase “a sort of leaning against” comes from Alice Notley’s poem “Lady Poverty.” Here’s the passage in full:

Beginning in poverty as a baby there is nothing

for one but another’s food and warmth

should there ever be more

than a sort of leaning against and trust a food for

another from out of one—that would be

poverty—we’re taught not to count on

anyone, to be rich,

that the pronoun I means such and that starting so

poorly, I can live

“The name of a self is poverty”—I like this. It’s a good place to start, especially for those of us who are born creators, but who feel annoyed or excluded from the notion of a writer as someone who has a highly “active imagination” or one who creates “great images.”

I don’t really think I have much of an imagination at all, at least not in the traditional sense of making stuff up or feeling compelled by things that aren’t there. Whatever imagination I have, I think it’s a formal one: I have an intuition for form, for how form and content depend upon each other. I also have a strong sense of how ideas are things, things that can be arranged, synthesized, associated, and felt, à la Keats’s great phrase “Axioms are not axioms until they are proved upon our pulses.” In my mind, I don’t hear characters talking; I see book shapes; I hear tonal juxtapositions; I hear music shepherded around the page; I imagine what kind of sentence or shape could or should house a particular idea.

For many years, I had a quote by the Chinese poet Mo Fei on my wall; it reads: “Poetry has to do with a satisfaction with limited things, a paring down. It is the acceptance of a certain form of poverty. It is not endless construction.” This sense of surrender resonated with me. It helped me with my writing (and living) far more than enthusiastic encouragements to just go for it, to let loose one’s rampant creativity. Likely, it resonates a bit more for those of us entranced by the generative limitations of nonfiction writing, which Janet Malcolm once usefully compared to renting rather than owning—in which case the writer/renter “must abide by the conditions of his Lease, which stipulates that he leave the house—and its name is Actuality—as he found it.” 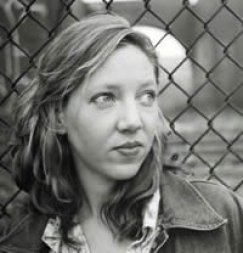 You might notice that in “Lady Poverty,” Notley venerates this “leaning against” as a kind of ethic; so does Mo Fei. Actually, in both cases, the veneration of a certain kind of poverty is more than an ethic—it’s almost a theological, or at least spiritual, conviction, devotion, or practice. I’m not going to argue that this “leaning against,” in art or in life, is a more advanced or useful ethical, spiritual, or political posture. I’m wary of people venerating what they happen to tend toward, personally, as the better route to go—I think a certain narcissism can lurk in the corners. But it is nonetheless true and important to note that Notley’s move to venerate interdependency is a fairly standard feminist one, as feminists have been insisting for at least fifty years now that the intersubjective be considered as the true ground of human subjectivity, rather than fixating on a (hopeless) fantasy of complete individuation.

A blunter way to put this is that we were all born from a body, all born dependent on that body or on other bodies, and that despite our best efforts to repress, disavow, or outgrow that dependence, we remain dependent creatures to some extent all our lives. Notley’s poem gets at this directly, by using the figure of a baby feeding on its mother as the one who “leans against,” the one trusting for food to come out of another.

Feminists have had their work cut out for them, in that talking about dependency and reliance—especially using maternal metaphors—has rubbed a lot of people the wrong way, as many stereotypically feminized things do. (See current and forever debates on the horrors of the so-called “welfare state,” a feminized and demonized condition if there ever was one.) But while “leaning against” might sound touchy-feely (as in, “We all need someone to lean on”), it’s actually much more radical than that. At its most primal, it is about use—radical use. The baby makes use of its mother’s body in a way that is pitiless.

The ethic here, if there is any, is not to continue, as adults, to make pitiless use of people. It is, rather, to come to grips with the fact that our basic dependency on others cannot be willed away and, further, that attempts to will it away in service of a fantasy of complete security, independence, or invulnerability can often have disastrous consequences, both individually and for a polis or state. In her beautiful and important book Precarious Life, Judith Butler explores how this fundamental dependency—she calls it our “precariousness”—might be a point of departure for political life.

Psychologist Adam Phillips, who sticks with a more psychoanalytical angle, puts it this way: “We depend on each other not just for our survival but for our very being. The self without sympathetic attachments is either a fiction or a lunatic. [Yet] dependence is scorned even in intimate relationships, as though dependence were incompatible with self-reliance rather than the only thing that makes it possible.”

I like this quote. I like it because I’m also into—as a person and as a writer—“self-reliance.” “I hate quotations. Tell me what you think.” And just to show you how both impulses can coexist, sometimes virulently, within the same writer, here, again, is Notley, in an interview, describing what she terms her “poetics of disobedience”:

It’s possible that my biggest act of disobedience has consistently, since I was an adolescent, been against the idea that truth comes from books, really other people’s books. I hate the fact that whatever I say or write, someone reading or listening will try to find something out of their reading I “sound like.” “You sound just like . . . ,” “you remind me of . . . ,” “have you read . . . ?” I read all the time and I often believe what I read while I’m reading it, especially if it’s some trashy story; intense involvement in theories as well as stories seems difficult without temporary belief, but then it burns out. I’ve been trying to train myself for 30 or 40 years not to believe anything anyone tells me.

So you can hold both impulses in the bowl. In my own writing life, I’ve often found myself very interested in dramatizing this coexistence—showcasing the situation we find ourselves in, in which dependence on others–or at least relation to them–is the condition of possibility for self-reliance. This is what I mean by “writing with, from, or for others”—the problem of performing relationality in a text. This is also partly why I titled one of my books , with the pun on “red” and “read”—the red parts being the parts of the Bible that Jesus speaks and that one might go to for consolation or guidance, and “red parts” also being body bits, the insides, the guts, the female parts, the bloody truths that one’s body, or the bodies of others, may hold.

Now, when I say “writing with,” I don’t mean collaborative projects. I’m generally way too much of an autocrat for such endeavors. Nor do I mean “writing for,” as in, trying to please others with your writing; any writer worth his or her salt likely knows that one’s writing—especially one’s autobiographical writing—often doesn’t please others, or at least not intimate others, and that one writes first and foremost to please oneself, and that’s exactly as it should be and, further, that such an approach has no bearing on the work’s generosity. Leaving the reader alone can be an act of enormous generosity, a vote for his or her autonomy.

Also, this relationality, this “leaning against” and its performance, is quite different from performing “influence,” or an “inherited tradition,” or some such. The leaning against I’m talking about doesn’t mandate any reverence for your elders per se, nor any particular kind of relation or transmission. The leaning against I’m talking about takes place on a horizontal plane of action, not a vertical one. It brings one into the land of wild associations, rather than that of grim congenital lineage. It is a place, as Gertrude Stein would have it, in which “the difference is spreading.”

While writing the books of mine that rely heavily on explicit, staged interaction with other texts—and here I’m thinking of Jane: A Murder, The Red Parts, Bluets, and my new book, The Art of Cruelty—I never conceived of myself as participating in some Oedipal anxiety about literary predecessors. Perhaps this is one of the great gifts of being a feminist: you’re off the hook from all that crap. You know you don’t really and truly belong in the canon club, so you’re free to play. And the way that you play doesn’t have to be stapled down into the dichotomy of reverence-for-daddy vs. disobedience-to-daddy, either. It can be something else entirely.

Maggie Nelson’s books of nonfiction include The Art of Cruelty: A Reckoning, Bluets, and The Red Parts: A Memoir. Recent books of poetry include Something Bright, Then Holes , and Jane: A Murder, a finalist, the PEN/ Martha Albrand Award for the Art of the Memoir. She is the recipient of a 2010 Guggenheim Fellowship in Nonfiction, and a 2011 NEA grant in poetry. Since 2005, she has taught on the faculty of the School of Critical Studies at CalArts.

She will be teaching at the 2013 Tin House Writer’s Workshop.