Abby Geni’s The Wildlands begins when a category five tornado hits the small town of Mercy, Oklahoma. The plot only accelerates from there. The book swept me into the disjointed psychology of a child convinced to perpetrate acts of eco-terrorism, a culture in which ideology is taken to the extreme. Real urgency animates these pages, as Geni tackles head on the devastating effects of climate change and the realities of living in the anthropocene. Her characters are vibrant and emotionally raw as they navigate a world that is disappearing, its future uncertain for both human and animals alike. Geni and I talked via email about the unique capacity of humans to destroy, the amorality of childhood, and, somehow, finding a sliver of hope for the future.

LvK: Your first two books, The Last Animal and The Lightkeepers, involve the classic dichotomy of human versus nature: humans navigating natural environments and the creatures that populate them. What draws you to this theme? What about this concern has sustained you through so many projects?

AG: To a certain extent, I think it’s hardwired. We can’t choose our passions; they choose us. I’ve always been fascinated by the natural world, and the more I learn, the more I can see that there is to learn. Nature is like a fractal that way—infinitely complex and filled with patterns that recur in microcosms and macrocosms. There’s always more to discover.

I do think that most authors, in one way or another, write about what it is to be human. We all want to understand and explore what we are. Some writers look at humanity through the lens of love or war or socioeconomics or humor or religion. For me, the natural world is the lens that makes the most sense. I tend to see humans as a part of a greater ecosystem, and I’m interested in the ways we are like and unlike the rest of the animal kingdom: our instincts, our sentience, our use of language, our technology, our capacity for memory. In many ways, we are unique, and our uniqueness is causing exponential change for our species and our planet.

LvK: The Trump administration has not been good for the environment. Former EPA administrator Scott Pruitt has cut funding for climate change research and clean energy programs. The U.S. Federal Emergency Management Agency has even removed references to “climate change” from its strategic plan, despite the fact that 2017 was one of the most expensive hurricane years in modern U.S. history. How have these realities influenced your writing, if at all? Has your approach to writing about the environment changed since Trump was elected?

AG: Climate change is always on my mind. Part of what drives me to write about the natural world is the fact that it’s disappearing before our eyes. In my first two books, I found this issue too hard to write about directly. It’s a dark thing to focus on, so I tried to talk about it obliquely by celebrating nature in my work and shining a light on how nature and humanity are inextricably interconnected. 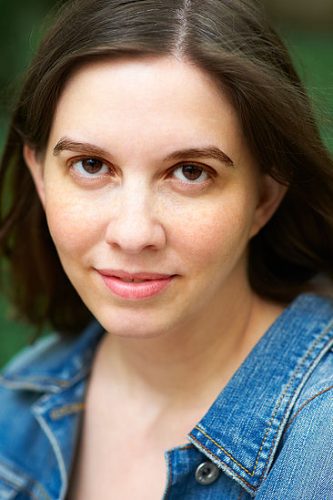 In The Wildlands, though, I’m writing explicitly about what’s happening to the environment. It’s more urgent than ever. The changes are coming faster than scientists predicted, and the government’s lack of response is terrifying. The Wildlands talks in no uncertain terms about the fact that we are in the middle of the sixth mass extinction on our planet. During the previous mass extinctions on Earth—caused by meteors or volcanoes or natural disasters—up to 90% of all life on earth perished. It’s happening again right now, and this time we’re the cause.

LvK: Tucker is engaged in what he would describe as vigilante justice, and what the outside world would categorize as eco-terrorism. We mostly see Tucker through his kid sister Cora’s POV, and her still evolving sense of right from wrong invites the reader to entertain Tucker’s worldview in which he is justified, for example, in killing the owner of a factory farm. I loved engaging with the amorality of Cora’s child perspective. How did you mine and developed this voice?

AG: I’m delighted to hear that! I love Cora so much. The fact that she’s young enough to be swayed by Tucker’s extremism makes the whole situation more dangerous—she’s not just participating in his violence, she’s also converting to his cause. In writing Cora, I went back to my own vaguely amoral childhood. All kids have a ruthless streak. It takes a while for most of us to develop an ethical framework. And I have a five-year-old son, so as I was writing The Wildlands I was also marveling at the bluntness and curiosity and openness of my young child.

Charismatic, manipulative people like Tucker are difficult for most adults to hold their own against. Kids don’t stand a chance against the force of that kind of personality. In Tucker, I wanted to write a character who is right in his beliefs but wrong in his actions. He has the facts, he’s fighting for animal rights, and he talks about justice and saving the world. How could Cora not fall under his spell? How could she discern what’s right about his cause but wrong about his choices? Honestly, I agree with Tucker sometimes myself. I’m not on board with his methodology or his violence, but his sense of urgency is something I share.

LvK: There are so many scenes in The Wildlands in which your characters come face to face with animals at various places on the domestication spectrum. Darlene encounters rats escaped from Jolly Cosmetics in the supermarket, Cora hears a rattlesnake near the trailer, and Tucker is comes face to face with a polar bear he released from the zoo. Have you had striking experiences with animals, wild or domesticated, that informed the writing of these encounters? Have you ever had an experience with somewhere like The Wildlands, a place that is unclaimed, uninhabited, untouched by humans? What is the closest you’ve gotten?

AG: Oh, that’s a great question. And this is exactly why it’s so wonderful to be a fiction writer. I don’t like to travel, and most of my adventures come from reading and research. I like to write at my own desk in my own home looking out my own window into my own garden. The landscape of my imagination is entirely different from the landscape of my personal life. In my writing, I’m always traveling to wild places, completely off the map, having incredible adventures. In real life, I’m a homebody. 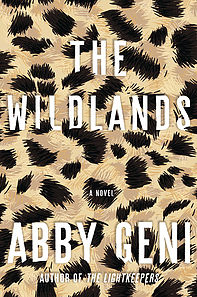 Oddly enough, the closest I’ve gotten to wild beasts and untamed places is in my dreams. I once read that children under the age of six often dream about animals. It’s something most people outgrow as they age. Apparently, I never did. I dream almost every night about walking the savannah among lions, flying with albatrosses, or swimming with giant squid.

LvK: The tornado is devastating to the McCloud family on a personal level, but it also signals a massive change to a particular culture. Your characters are deeply rooted in the area and its history, as Darlene feels a kinship with her ancestors the Sooners, the first white settlers to occupy Oklahoma in 1889. What is your connection to Oklahoma? How did you delve into the landscape?

AG: My husband is an Okie, and he has a wonderful extended family who have welcomed me into their homeland. I love visiting with them, and I’m often struck by how their day-to-day experience is different from mine. I was raised by liberal hippies in a suburban haven, with no tornadoes or dust bowls or rattlesnakes or Republicans anywhere. Whenever I travel down to Oklahoma, I am struck all over again by the parched terrain, the dryness of the air, the cuisine, the slang and drawl, the road signs, the tornado warnings, the oil derricks, the endless parade of pickup trucks, and the deep, complicated history of the place.

Some people say “Write what you know,” but I would much rather write what I learn. The more I learned about Oklahoma, the more I wanted to capture it on the page.

LvK: The epilogue ends the novel on an optimistic note, and the Wildlands become a reality in the form of a nature preserve overseen by Cora. Why was it important for the book to end on this hopeful note, where creatures of varied levels of domestication and human influence can live in harmony?

AG: We need hope. We need to look at the problems of the world with an optimistic, analytical mindset, trying to solve these issues, rather than be crushed by the weight of them. It’s too easy in this day and age to become paralyzed by panic and sorrow. If we’re going to make the changes we need, we have to see a light at the end of the tunnel.

This is where my particular worldview is helpful for me. Again, I tend to think of human beings in relation to the rest of the animal kingdom, and what I see brings me comfort. As a species, we are unique in our capacity to destroy, but also in our ability to innovate and adapt. There’s still time for us to right the ship. I wanted to end The Wildlands on a hopeful note because I have to believe there is still hope. I want my son to grow up in a good world.

Abby Geni is the Chicago-based author of the forthcoming novel The Wildlands (September 2018), The Lightkeepers, winner of the 2016 Barnes & Noble Discover Great New Writers Award for Fiction and the Chicago Review of Books Awards for Best Fiction, and The Last Animal, an Indies Introduce Debut Writers Selection and finalist for the Orion Book Award. Geni is a graduate of the Iowa Writers’ Workshop and a recipient of the Iowa Fellowship. Her website is www.abbygeni.com.

Liz von Klemperer is a writer, and acts as the online fiction editor for the Columbia Journal. Her reviews and interviews have been featured in The Rumpus, Electric Literature, Lambda Literary, and Full Stop. Visit her at lizvk.com.

How Do You Live In A World That’s Not The World You Thought It Was?: An Interview with Brian Evenson