I was signing copies of a new novel in a nearly empty bookstore when my friend Frank obligingly rushed in, shouting, “I need a novel! I need a novel!” I sympathize—I often need novels. At present I seem to need novels about working women with responsibility: women on the job, but not just menials and not just underlings starting out and getting yelled at.

I want a female main character with power. And I want her to do harm, because there’s no story without trouble. A woman in charge in a novel needs a problem—a problem that, if it doesn’t ultimately lead to disaster, might lead to disaster. If she’s the captain of a ship, it will almost sink—or it will sink—in part because she makes a mistake. If she’s the owner of a factory, it will almost go under—or go under—after she makes the wrong decision, or takes an exciting but reckless chance, or heroically makes an ethical choice that’s so expensive it puts her out of business.

I want her responsible, powerful—and complicated. Flawed. Maybe too distracted by her personal life—by sex, family, love—to make the right decision every time. Or maybe she thrives at work, but something else suffers. Moreover, I want this powerful woman to be the character with whom we identify. I want an equivocal ending for this book that I want to read (or write)—an ending we can argue about. 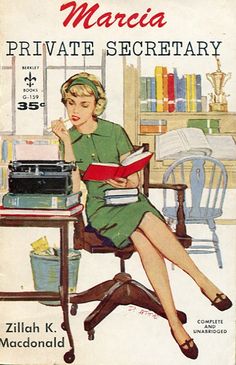 In a story centering on love, friendship, or family life, work may be little more than a convenience for the author, without much importance to the plot. Work—performed by a man or a woman—gives a novelist a place to send characters when the story needs them gone: a secret is told while someone works late at the office; an affair starts when a spouse is away on a business trip; a teenager gets into trouble while her parents are distracted by their jobs. Novels in which work is background are not hard to find.

But what about books in which work is at the center, in which work causes problems, provides solutions, threatens the solutions, and is part of the resolution? What about books in which the traits that make a protagonist successful—in work and in life—also make that protagonist fail, or almost fail? Good novels about work may describe an activity that’s narrow and specific, with its own jargon, but they have universal relevance. For centuries writers like Dickens, Melville, Fitzgerald, Faulkner, Malamud, Updike, and Roth have written books about men with responsibility, in which work life and private life intertwine to bring about tragedy or triumph: books in which men are tested in war or business or farming or money-making as well as in private life. But books like that about women are still hard to find. The nineteenth-century British novelist George Gissing wrote The Odd Women about women in charge of a business (training women to be secretaries, though men had held those jobs before) but the newness and rarity of the main characters’ responsibility is the point.

There are plenty of novels about women, and even novels in which women work. But not too many in which power is held by a woman, and she is the character with whom we identify. Mostly, the powerful woman is the boss, who’s a type. The nuanced, evolving character from whose viewpoint we see what’s happening is the underling. And indeed, when I’ve tried, as a novelist, to remedy this lack—when I’ve tried writing books in which a woman’s work is more than background—some impulse keeps making me return to her personal life.

It’s easier to write about the work of men and the private life of women. Looking for models, I find books about women who are teachers, from Charlotte Brontë’s Villette to The Prime of Miss Jean Brodie and beyond. Or books about artists, such as Willa Cather’s The Song of the Lark, in which a poor girl from the country becomes an opera singer. Women have taught and made art longer than they’ve run corporations or been secretaries of state. And many women all over the world, even now, are prevented from working, or allowed to work only at menial jobs. Women in novels clean, they care for children, they are secretaries pushed around by their bosses. In Stephanie Danler’s recent Sweetbitter, the main character’s work is in a restaurant that is described in glorious detail, but she has the humblest job in the place—she isn’t even allowed to wait on tables.

Though the CEO of a corporation, a head of state, the manager of a restaurant, or a journalist in a war zone may be a woman, maybe we haven’t absorbed that reality yet. At unguarded moments when ideas come—on the verge of sleep, say—novelists don’t seem to think of powerful women.

We’re more used to stories about women falling in love with the wrong man, wrecking the lives of their children, becoming victims—or saving themselves, at the last minute, from trouble. We’re also comfortable with stories about women on the brink of responsibility: coming-into-one’s-own stories, whether about young girls arriving at adulthood, or older women rethinking their lives. The final act of the book is the first step toward freedom, which sometimes means a job. 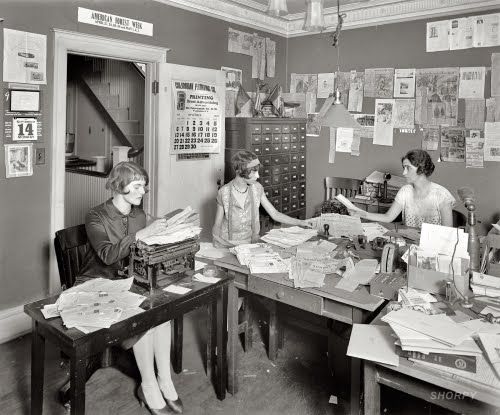 I look for the book about what happens next.

It’s not that powerful women’s stories aren’t being told. Women in charge appear in films, TV shows, and genre fiction—in detective stories, fantasy, and science fiction. But women in those stories are usually not flawed and complex, capable of growth. And they are in stories with happy endings: you know from the start that everything will work out.

There’s a good chance that a book about a complex woman who exerts power, with whom we identify, will end badly. Yet a writer undertaking a novel about a woman who makes a mistake and brings about harm, may appear to be sexist. Is the author introducing a powerful woman only to humiliate her? Not if the book is written with care and skill, not if the woman isn’t just a victim of forces more powerful than she is—but it doesn’t feel great to give one’s powerful female protagonist a lot of trouble.

A novel I’ve worked on for the last few years includes just such a character. She’s not the main character—somehow, despite the argument I’m making here, when it came to it, my main character’s chief conflicts have to do with friendship and marriage. But my book has an important secondary character, the director of a social services program. Decisions she makes lead to bad trouble. It’s been hard to do this to her, hard to let it happen. I worried that I was casting doubt on the capacity of women to lead if I caused one female leader to make mistakes—even though we still believe in the capacity of men to lead despite fallible men in literature going back to Achilles and Oedipus.

A kind of shyness comes between the novelist and the story about a powerful woman, an unease, maybe because there’s been so much hatred of powerful women over the centuries, expressed in characters like wicked witches, evil queens, and sex-starved nasty female bosses. The powerful woman is a hard character to write sympathetically, and mostly we don’t try. In published and unpublished novels by my students in an MFA program, women’s work provides background, or women are young and not yet working, or they work but have little power.

I hope that many of us who write novels, men and women, will soon get around to writing about the powerful, responsible life of women, including women of color. If we resist the temptation to make work nothing more than background, resist the temptation to turn every story into a love story—and then resist the fear of successful women that makes for literature in which successful women must be humiliated and defeated, maybe we can create the women I want to read about. They will get distracted and make bad decisions and think again and fix things and turn into bigger and stronger and—sometimes—even more powerful people.

Alice Mattison is a widely acclaimed author and longtime writing teacher. Her new book is The Kite and The String: How to Write with Spontaneity and Control–And Live to Tell the Tale. She has published six novels—including The Book Borrower, Nothing Is Quite Forgotten in Brooklyn, and When We Argued All Night, a New York Times Book Review Editors’ Choice—as well as four collections of short stories and a collection of poems. Twelve of her stories have appeared in The New Yorker, and other work has been published in The New York Times, Ploughshares, and Ecotone and anthologized in The Pushcart Prize, PEN/O. Henry Prize Stories, and Best American Short Stories. A frequent panelist at AWP and other writing conferences, she has held residencies at Yaddo and the MacDowell Colony. She has taught at Brooklyn College, Yale University, and, for the last twenty-one years, in the Bennington Writing Seminars, the MFA program at Bennington College.