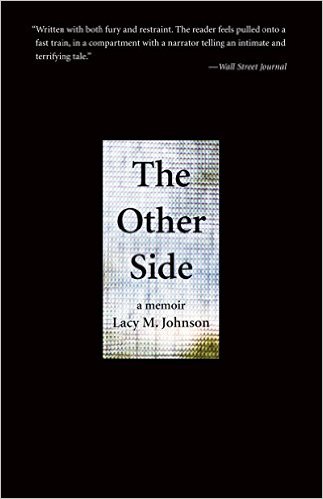 As we continue to take applications for our upcoming fiction and nonfiction coastal workshops, we decided to check in with a few of our winter captains to get their perspective on the workshop experience.

On the deck, our own Lacy M. Johnson, who will be teaching during Session Two.

Tin House: What can you tell us about your first workshop experience as a participant?

TH: What is the best piece of advice you have received or heard given in a workshop?

Mark Doty once told me to pretend as though everyone I was writing about was already dead. It’s such good advice, and at that time I really needed it, because when I let go of the anxiety about what other people might feel or think or say (or feeling like I had any influence over that whatsoever), it became a lot easier to focus instead on what I feel and think and want to say, and sometimes as writers we need that kind of fictional permission before we can begin writing our real, actual truth. 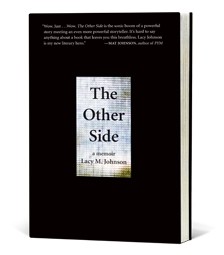 TH: Strangest or most terrifying workshop experience as a participant/instructor?
ddd
LMJ: Isn’t every workshop experience a little strange and terrifying? Especially in nonfiction, I think, because so many times we’re writing about our own lives, and if we’ve done that well, it’s raw and pulsing and still a little bloody, and then we’re sharing that with a group of strangers, all of whom are also reeling from their own psychic blood loss. All that vulnerability can make people go a little crazy.
Once I had a student who kept coming to workshop each week as a different personality, and each of them was taking a turn writing her memoir. In another workshop, I witnessed two grown-ass adults end an argument by shooting each other with imaginary guns. People ugly cry and fall on the floor and throw tantrums. That’s just a regular strange day at the office as far as I’m concerned.

dd
TH: One of your favorite quotes on writing?
ddd
LMJ: I have to choose only one? I guess today I’m feeling partial to this one by Tennessee Williams: “Time is short and it doesn’t return again. It is slipping away while I write this and while you read it, the monosyllable of the clock is Loss, loss, loss, unless you devote your heart to its opposition.”

Lacy M. Johnson is a Houston-based artist, curator, teacher, activist, and is author of The Other Side (Tin House, 2014) and Trespass: A Memoir (University of Iowa Press, 2012), and she is co-creator of the location-based storytelling project [the invisible city]. Her work has appeared or is forthcoming in Tin House, The Racial Imaginary, Fourth Genre, Literature: The Human Experience, Creative Nonfiction, Sentence, TriQuarterly, Gulf Coast and elsewhere. The Other Side was recently named a finalist in nonfiction for the Dayton Literary Peace Prize.