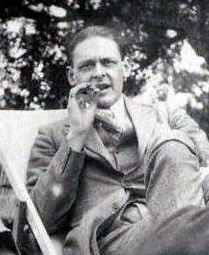 For me, the holidays are for catching up on correspondence: in particular, someone else’s. These past weeks, I’ve been reading letters between Groucho Marx and T.S. Eliot collected in The Groucho Letters. Although they might sound like unlikely correspondents, in the 1960s they exchanged a series of letters, autographed photos and quips about cigars: (“I just want you to know I’m rooting for your quick recovery,” Groucho wrote to Eliot, because “under the most trying conditions you never stopped smoking cigars.”) 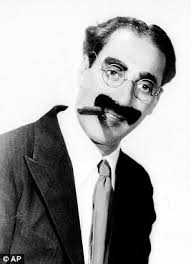 Eliot was an enthusiast of the Marx Brothers and part of the correspondence includes mutual invitations for a dinner that finally happened in London in 1964 after years of trying to get together. “Speaking of asparagus,” Groucho wrote to his brother Gummo, “the dinner included good, solid English beef . . . Eliot insisted on pouring the wine himself.” While the letters that I read didn’t give specific details about what was decanted or imbibed, from Groucho’s animated description, it appears to have been a festive evening. “Eliot and I discovered we had three things in common: 1) an affection for good cigars and 2) cats; and 3) a weakness for making puns—a weakness that for many years I have tried to overcome.”

Although none of these surprising, sensitive and often hilarious missives were written anywhere near France and despite no direct mention of Paris (at least in the letters that I read), which puts their correspondence a little outside the realm of a column that talks about literary Paris, some Francophile affiliations can be found in the work of both artists. Eliot wrote some poems in French and Groucho played the part of Napoleon in his first stage hit, I’ll Say She Is!, that includes this pithy jibe:

Empress: Napoleon, when you go, all France is with you.

Napoleon: Yes, and the last time I came home all France was with you, and a slice of Italy, too.

It would take more than one month’s column to try to more fully express the complex friendship, affection and admiration between these two men who together rocked the twentieth century with everything from Duck Soup to The Waste Land.  Their letters are part of a long and rich epistolary tradition that might sound like some fancy practice but is just another name for good old letter writing, something that I’ve been pretty sluggish about lately.

Reading their correspondence makes me think that this might be a good time to get back to writing some letters longhand, sealing envelopes and actually sending them out, because it seems to me that whether the missive/dispatch/friendly yoo-hoo is written on swanky cardstock or scribbled on a scrap of paper, it can serve as cordial greetings and salutations for the New Year, or far beyond. And then you could always lean a bit on the words of Groucho to Eliot: “My best to you and your lovely wife, whoever she may be;” or take a little inspiration from one of Eliot’s postscripts to Groucho: “Your portrait is framed on my office mantelpiece, but I have to point you out to my visitors as nobody recognizes you without the cigar and rolling eyes. I shall try to provide a cigar worthy of you.”