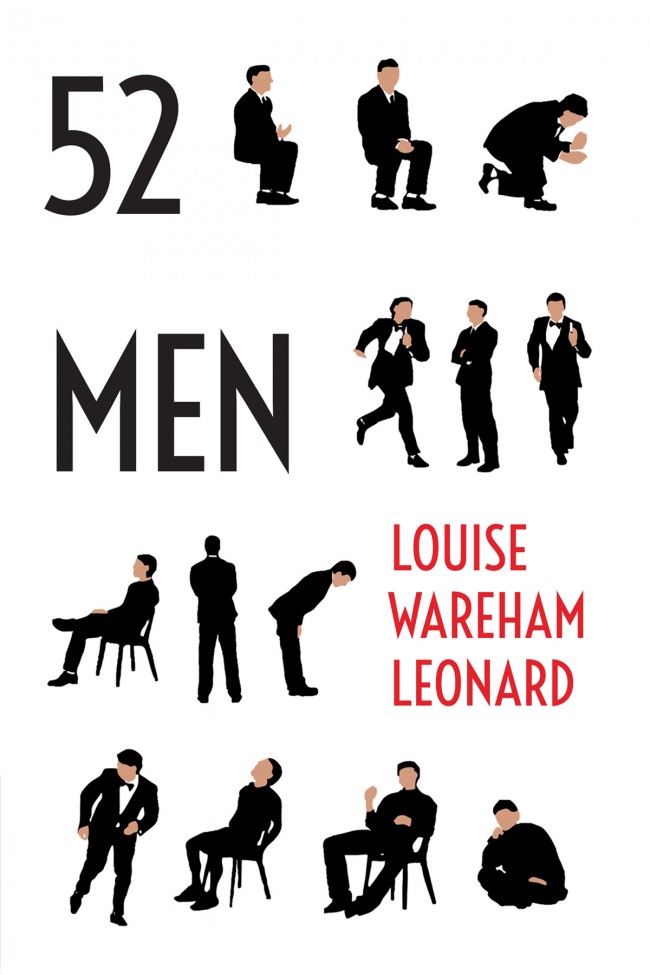 We are pleased to present three of our favorites of the the fifty-two sketches of “men encountered by a young woman in Manhattan” in Louise Wareham Leonard’s autobiographical novel 52 Men, out this month from Red Hen Press.

Richard is a student at the School of Visual Arts. I pass him one day, on my way from the subway station, across 23rd Street toward the East River. He has long curly hair, wild rambunctious Zeppelin hair. “Can I walk with you?” he asks, standing up from his perch against the school wall. “I mean,” he says, shaking out his hair, “You’re so beautiful.” Later, he picks me up at school on his motorcycle. I have eaten nothing that day but a packet of green Chiclets. Richard offers me a drag on his cigarette. It is a Marlboro and too strong for me. When I get off the bike, I throw up in the gutter. I leave a tiny puddle of bright green water, the green of children’s toys and plastic balls. We go to Brooklyn and his windows are open. Wind blows over the bed. He kisses me. He kisses my breasts and licks my pussy. When I won’t have sex with him, he tries to change my mind. What is the difference, he wants to know, between him touching me with his fingers, him licking me with his tongue—and him entering me with his cock? “There is a big difference,” I say. “Not really,” he says. He argues and argues with me. He argues so much that I think maybe he is a little stupid: a dead head, maybe, or a metal head. Or, maybe, he just thinks I am stupid.

Sergio* comes from school. He is seventeen and beautiful and from Queens, and before that Argentina. He has milky skin and dark eyes. He plays basketball and soccer. Later, he goes into construction. He opens a restaurant in New York City. He dates a starlet who is named for an exotic flower in Sri Lanka. In my room, we cut cocaine into sugary lines. We stay up until 5:00 am. I open the window and sit on the ledge. A breeze comes in. He straddles my desk chair, backwards. He laughs and because he laughs, and because everything is easy for him, and good, and good news—because of all this—together in the early morning, a May breeze filling my room—we write a list of all the ways to say “sexual intercourse” in the English language: Nail. Hammer. Screw.

Tony is from Liverpool: he is a boxer, and also an actor, and of a formidable size. I hardly know him but he takes me to the Turkish Baths on East 12th Street. He throws me in the cold water, then the hot, then the ice. He thrashes me with eucalyptus fronds and massages me in the steam room. He does all this, over and over, for two hours. He takes me into a shower stall and cuts my hair, because he is also, he says, a hairdresser. He lies me in a cot and feeds me carrot juice, and later borscht. When we get outside, he veers into a bookstore and reads me Neruda: In the dark pines the wind disentangles itself. . . . 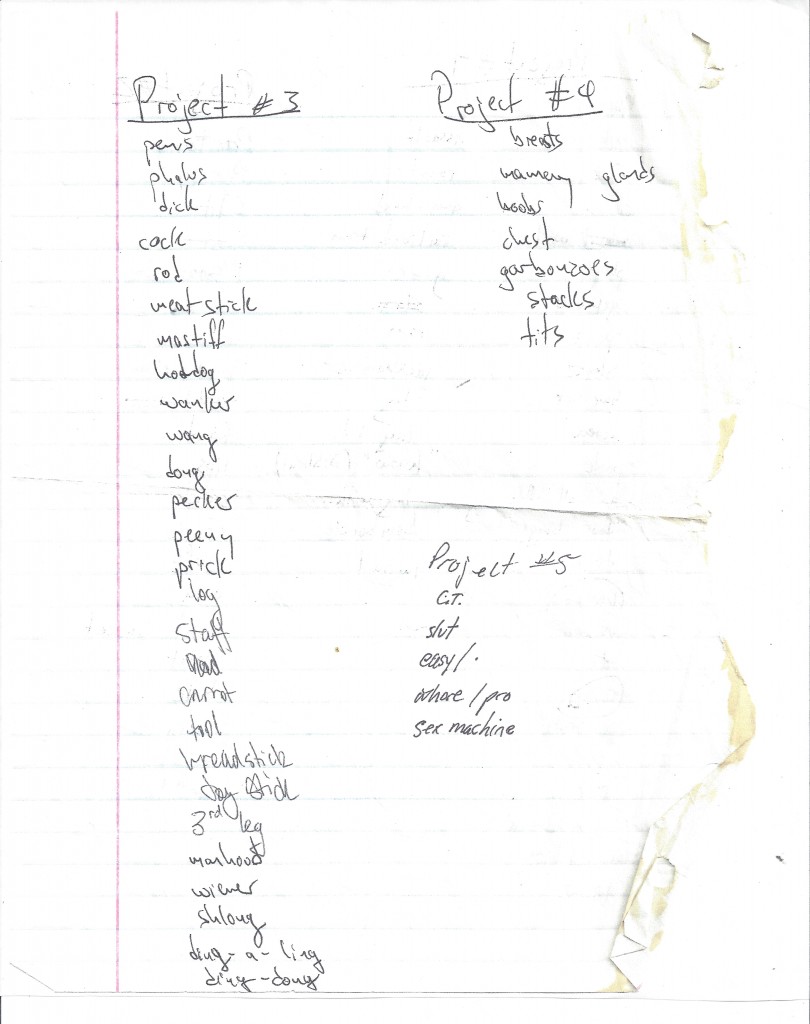 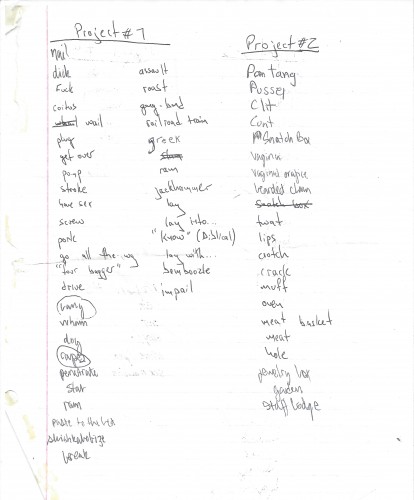 Born in New Zealand, Louise Wareham Leonard moved to Manhattan at age twelve and attended Columbia College. Her first novel, Since You Ask (Akashic Books,2004), was awarded the James Jones Literary Society Award. Her second, Miss Me a Lot Of, was published in 2007 by Victoria University Press. Her newest book, 52 Men, is forthcoming from Red Hen Press in August 2015. In addition to Manhattan, Louise has lived and worked in Europe, the Deep South, and the remote outback of western Australia. She currently lives with her husband in Irondequoit, New York, on Lake Ontario.