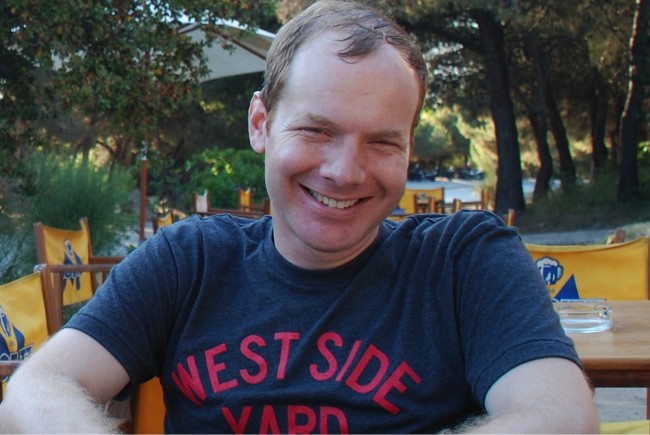 I met David Greenberg almost twenty years ago, at Johns Hopkins; he was attending the Writing Seminars and I was in the first year of a Ph.D. program there. We had several seminars together with our common mentor, Allen Grossman. At the time, I was struck by the intense beauty and ethical force of David’s poetry. I didn’t see him again until the late 90’s, when we were both living in Cambridge, Massachusetts. We met a few times to talk about recent poems we’d written, and out of those discussions began a correspondence that continues to this day and has become especially important to me.

In 2003 David’s first book of poems, Planned Solstice, was published by the University of Iowa Press, through their Kuhl House series, to critical acclaim. In praise of David’s work, Mark Strand wrote that “Planned Solstice is one of the most original, intelligent, and beautiful first books that I know of.  Its publication marks a significant moment in American poetry.”

Ten years later, having directed advocacy and policy for a coalition of 90 neighborhood housing groups in New York, and now a senior researcher designing and evaluating community initiatives for a national nonprofit, David is at work on three books: Floodstrains (poems), Kindness (a novella in verse-and-prose), and Red Shoals (a novel).

Joanna Klink:  David, in that breathtaking opening poem “Habitat,” you write, “I want a new voice / that is not imitation but description, could strip / the cattails of their thin muzzle, the sun of its brown / sheen today.” There is a gracious thick texture of description in all of your poems, one that overlays the urban world and the natural world to the point where they can feel indistinguishable, or at least wrought from similar blazing energies. But can you explain what you mean here by description? And did your desire for that “new voice” change after you wrote the poems in Planned Solstice?

David Greenberg:  Some people are comfortable and expansive in the lyric mode, and for others poetry emerges from a narrower space. When I was younger it was the latter—from within a cleft. On one side was presence—the terror of the object, and the poet’s insatiable urge to reveal it in all its foreignness.  You’ve written about this compulsion toward presence in your critical and creative work on Celan. On the other side was intelligibility, the world of information and description—that which is common and picturable in sight and which language can share.

You mentioned Allen Grossman, and one of his fundamental tenets is that the modern world suffers the irreparable harm of the loss of belief in God as a force in human destiny; with this loss he felt we lost a central force that made language intelligible—which allowed reference to occur. I didn’t subscribe to that view at the time. But he did enlarge my fear (his students see him with awe, affection, and terror at once, no?) that description needed to have some authorization. To me that authorization was the heightening of presence, of the noumenal and sublime qualities of being—that without it there was no value to poetry; it might as well have been prose. The voice that would ‘strip / the cattails of their thin muzzle’ was expressing, I think, both the desire to see the rushes and perceive the force behind them. 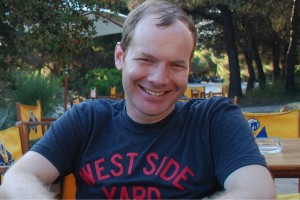 On whether that’s changed after that book—I do have, I think, another view of description and voice, one that starts to emerge in Planned Solstice in the movements from parts one through four, where the poems become less lyrically difficult but more politically challenging. My career has been in community organizing, advocacy, and social services, and over the years I’ve experienced not so much an easing of the burden of presence but a desire to unify presence and description through some other, ethical and political, solution. I don’t mean that writing can fix things, it’s just that voice should demonstrate the possibility of bringing together the social and sensual worlds; character and being. That’s why the novella you mentioned, Kindness, starts with a description of Codman Square, Dorchester, in Boston, where I was doing some work at the time, but then moves into the narrative of a man working in a crisis intervention center for the homeless, and continues to alternate between descriptive, lyric, and narrative modes. In other words, I feel poems should be able to describe the inside of a homeless shelter, a community organization, or a hedge fund office, with the same ethics and intensity that you, Joanna, show the mountains around Missoula.

JK:  What’s so striking and distinctive in your work is the way you use description to enter into the complex material circumstances of other peoples’ lives. It’s as if you take the exacting, highly charged, pattern-seeking bearing that Gerard Manley Hopkins brings to snowmelt and whirlpools, in his Note-books and Journals, and insist that those details and patterns have a social dimension that’s unavoidable, and pressing. The ethical dimension in your work is there from the start—it’s unusual to see that in a poet’s first book.

I remember how startled I was when I read “Anna Book of A.” The poem tracks Aesclapius becoming a snake, and even though the extended description is eerie, at times almost violent, I’m comfortable with my position as a reader. Then, at the very end of the poem, you introduce “x”:

ACS took x’s children when she did not leave her batterer.

water rats and pheasants swam up from the East River.

You have a name.

The shock comes with that address to the reader, that breaking of the frame in the poem’s last line. I’m jolted into feeling where I actually stand in relation to this woman’s circumstances. Aesclapius’ mistake is to “believes he becomes what he sees”—whereas I am reminded of the assumptions I take with me when I cast my eyes over someone else’s life, and the divisions that persist.

You seem to be suggesting that your manuscript Kindness is using different means to achieve some of these same effects—knitting together the sensuous and the social—on a vaster scale.  You’ve been calling it a novella in verse-and-prose.  What is it that the narrative sections, the prose sections, offer to a reader that the lyric alone can’t? 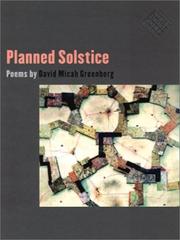 DG:  I think that combining narration and verse heightens the sense of risk that occurs when we connect our private lives to the world outside us.

People do this all the time, hoping that private actions or thoughts (reading Daily Kos, owning a gun) contribute symbolically or instrumentally to a different structural order (progressive politics, a Tea Party state). People’s political identities also help shape the terms with which they view gender relations, family, pleasure, work, irony, and art.  In Kindness, verse stands for the subjective and personal elements of experience, whereas narration and social commentary stand for those other structures. To use an 80s/90s term, it’s about the way we make the personal, political, and vice versa.

The risk is that we arrive at a dangerous or weak conception of the relationship between our subjective experiences and broader structural phenomena. I wrote about this problem here. The risk is severe, because it can deaden subjective experience or make action unlikely or both. Think about the stifling postmodernism which asserts that an ironic awareness of capitalism performs some act of resistance. The potential reward is that living a fuller life can open us to imagining a better world and show how to move toward it in action.

A novella that brings together poetry on Boston’s Big Dig with the experience of a waiting room where homeless men and women hope to be served, and throws in a type of mystery plot, does risk collapse under the weight of its disparate parts, but hopefully there are some pleasures and some syntheses.

JK:  David! it’s amazing—and I think it catapulted you into the rhythms of the novel you’re working on, Red Shoals, which is character-driven (tracking the lives of immigrant New Yorkers living in the Bronx) and leans more heavily on prose (although you periodically break into verse, then re-gather things back to sentences again). I always come away from your writing feeling that I have a personal stake in the lives you’re describing—and with a spinning sense of possibility. Like the last phrase in your poem “Landbridge”:  “everything possible is human.”

Floodstrains, the book of poems you wrote during and after the death of your father, and during and after 9/11, also feels like an extension of your commitments from Planned Solstice—but it is more thoroughly shot through with grief. It’s a book of elegies, and on this count feels more personal than anything else you’ve written. Can you say something, in closing, about your process of composition for this book?

DG:  My father was diagnosed with brain cancer and died about 18 months later. It’s a terrible disease—altering and debilitating. During this period I was also working hard, finishing my urban planning dissertation and coming back to New York as a housing advocate. So around then and shortly after his death, both as a function of time, and also to mark some of the passages that were occurring in all our lives, I started to write while in between spaces, while traveling—riding the subway from Washington Heights to Lower Manhattan, on the train down to Camden New Jersey to evaluate a redevelopment program, or on the plane to Chicago to study a community initiative there.

Around then my brother, Jacob, had also moved back to New York from Buffalo, where he was teaching, to be closer to the family. He’s a pianist who specializes in contemporary classical music, and each of the four major elegiac sections are also reflections on pieces for solo piano that he has performed – Janacek’s In the Mists, Ives’s Concord Sonatas, Kurtag’s Jatekok, and George Crumb’s Eine Kleine Mitternacht Musik. The In the Mists and Jatekok sections are up here. Jacob is also a composer and he and I are actually working together on setting some poems from that book to song now, so that is a good thing, independent of the difficult subject.

So the book is for both of them, and yes, it is personal; my father asked that I write a poem for him after his death, and it is the least someone can do, although he didn’t need to ask.

Joanna Klink is the author of three books of poetry, They Are Sleeping, Circadian, and Raptus. She was the 2013 Tin House Writer-in-Residence, a collaboration with our good friends at Portland State University’s graduate program in Creative Writing, and teaches poetry at The University of Montana.

An interview with Chandrahas Choudhury