Meg Storey: The Sleep Garden takes place mostly within an apartment complex called “The Burrow,” but a few characters do not exist in this space. Why did you choose to extend the story beyond the Burrow?

Jim Krusoe: The Sleep Garden is a combination of two elements. At first, all I wanted to do was to find an isolated stage a few characters could inhabit, a place that would let me learn who they were, and I thought of an underground dwelling that would be called “The Burrow.” But then, the whole time I was picturing them wandering around, doing this and that, I couldn’t stop thinking about the myth of Jason sowing dragon’s teeth, how he watched them spring up out of the ground as armed men. And this image of warriors born, fighting, then dying, all in a moment, seemed terrible and mysterious because, I guess, it is. It was only after I had fully populated the Burrow that I realized I also needed characters who lived outside the Burrow, ones who live in our world, to make a connection between the two places. It was this second set, the outsiders, who became the other half of the story of the dragon’s teeth.

MS: How did you decide on the vignette-based structure of the novel? What was it about this structure that appealed to you?

JK: I like it when books don’t reveal themselves all at once. Sometimes I think of The Sleep Garden as a collage that takes place over time so the connections between the parts aren’t always instantly apparent. In that way a reader can make his or her own connections, has to make a jump—as we jump when reading poems. Also, as with poems, the spaces between the sections become the great repositories for everything that is left unsaid but is still important.

MS: One character, Raymond, is obsessed with ducks—why ducks?

JK: It so happens the very first poem I ever learned was “I Saw a Ship A-Sailing,” which ends with a duck saying the words quack quack. At age three, I thought this was the funniest thing I had ever heard because it was duck language but, of course, was human language, too. Then, many years later, my son’s first word was duck. More to the point, I find a kind of innocence built into ducks; their round bills seem benign compared to the pointed beaks of other birds, and their webbed feet are the opposite of talons. Ducks are brave, too—not that they know it—flying those long distances through all kinds of weather. They make me happy. 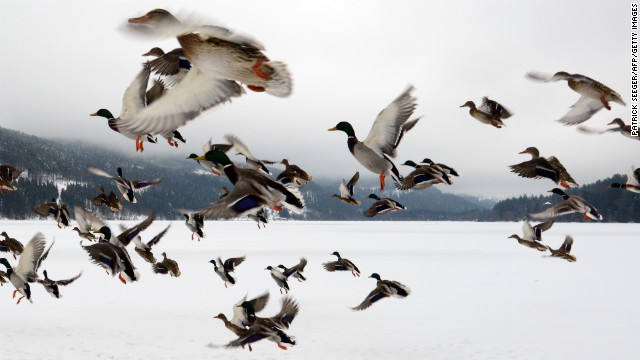 MS: In this novel, you juggle different writing styles, from prose to letter writing to screenwriting. How did you decide which style was appropriate for different parts of the narrative? For example, there is the surreal, slightly absurd sitcom called Mellow Valley. Why did you want to include a sitcom?

JK: I didn’t want to include a sitcom. Mellow Valley was actually the single moment that worried me the most. On the one hand, the first episode was almost too much fun and easy to write, but afterward I wasn’t sure it could be blended into the rest of the story. I worried that it was going too far outside the narrative, whatever that was to be. The decision to hang with it—along with dreams, children’s books, letters to the editor, and adventure tales—forced me to stretch the boundaries of the envelope. And in the end The Sleep Garden is very much about how things that seem different on the surface are part of the same fabric. It’s about how, over time, out of everything we forget, important or frivolous, what remains becomes a single story with its parts assuming more or less equal weight.

MS: Your work is infused with an absurdist humor that provides some relief to what could be considered heavy themes and characters (death, the afterlife, psychotic former child actors). How do you approach the interweaving of existential questions and humor?

JK: I am very serious about the themes of this book. Humor allows us to stand back and watch scary events take place, but also to feel safe. We laugh because although it could happen to us, we don’t really believe it will. This may well be an overstatement, but l sometimes think all laughter is nervous, a sound we produce in order to separate ourselves from what’s out there that worries us, so humor is at once both distancing and intimate.

MS: The narrative alternates among characters’ points of view but at moments there does seem to be one overarching narrative voice that poses questions and offers observations. Whose voice is it?

JK: I suppose the voice is mine. Although I didn’t plan it, in retrospect it seems evident that with so many themes and elements, there had to be some faint but present steady narrator to hold things together. Nobody else was volunteering.

JK: I’m working on a conspiracy novel that my son has pronounced “ethically challenged.”

Jim Krusoe is the author of the novels Parsifal, Toward You, Erased, Girl Factory, and Iceland; two collections of stories; and five books of poetry. He is the recipient of fellowships from the National Endowment for the Arts and the Lila Wallace Reader’s Digest Fund. He teaches at Santa Monica College and lives in Los Angeles.

Meg Storey is an editor with Tin House Books and copy editor of Tin House magazine. She was a faculty member of the Summer Literary Seminars St. Petersburg, Russia, program in 2007 and 2008, and she currently teaches developmental editing in Portland State University’s publishing program and mentors participants of the Tin House Summer Writer’s Workshop. Her interview with the short-story writer Etgar Keret appeared in Tin House and her interviews with the novelist Sayed Kashua and graphic novelist Rutu Modan appeared in Words Without Borders. She lives and works in Portland, Oregon.