I first fell for Victoria Patterson’s work when I heard her speak about her debut story collection, Drift, onstage for the Story Prize ceremony in 2009. Patterson’s writing took me someplace I knew well—a listless, shifty Southern California of vacant suburbs and humming sprinklers and apartment complexes where neighbors’ lives play like radio through the walls—but also someplace I didn’t. The emotional landscapes of Patterson’s characters are always surprising, uncanny in the truest sense of the word: I am shown something new about the world through them, at the same time within them I see myself. After publishing three novels, Patterson returns to stories with the collection The Secret Habit of Sorrow and takes this examination further still, particularly as she steps close to the workings of family, and the failings and wants and losses that come with it. It was an honor to speak with Patterson about this work.

Emma Komlos-Hrobsky:  What’s changed for you between now and the writing of your first book, if anything, in what you hope stories can be or do?

Victoria Patterson: I remain true to my conviction that stories validate life as valuable and mysterious. Frank O’Hara wrote, “Attention equals life.” I love stories that give voice to outsiders, to the so-called “defeated,” stories that honor the tragic, while also providing hope and connection. Stories are compact empathy-conveyors. They’re sneaky, engulfing the reader, rather than telling him or her what to feel or think.

EKH: Writers always get asked what the first books they loved were, but I’m curious: What the first pieces of fiction you wrote were like? Were you a writer already as a kid? 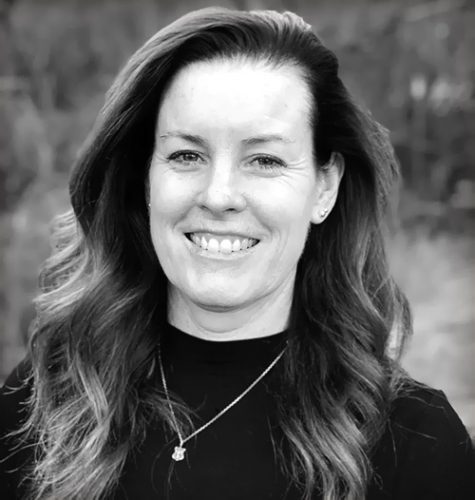 VP: In the second grade, I wrote a story about my classmates and our teacher banding together to save the school from an alien invasion. My teacher loved it. She had me read it aloud to the class.

The seeds of one of my first attempted (and discarded) novels, sprouted years later to become the short story “Half-Truth.” A few other novels remain buried, though pieces of them still pop up unexpectedly.

I’ve been writing in journals since the second grade. It took years for me to find my way from documenting my days/life to fiction and story telling. Though I wanted to be an author, I was messed up. I remember identifying with that scene in The Squid and the Whale where the character plagiarizes Pink Floyd’s “Hey You” for the talent show, and his defense is that it felt like he wrote it. That’s how books, poems, and stories were to me. I felt them so strongly; I wanted to be a part of that conversation somehow. But it took a long time for me to find my way to becoming a fully functional person. Through it all, I kept a journal. I developed my voice, and then it took more time to move to the fictional. Journal writing is essential and writing itself has always been intertwined with my survival.

EKH: That scene in The Squid and the Whale! I love it, too! What are the books you most feel that kind of connection to, that you wish had your name on the cover?

VP: There are so many. When I was young, I remember reading Judy Blume’s Are You There God? It’s Me, Margaret and feeling, eerily so, like it was speaking directly to me. I also grew enamored by John Updike’s Rabbit, Run, which I’d discovered in my parents’ sparse library. I was too young to understand, but it struck me nonetheless and somehow cemented that I wanted to perform that kind of magic. Lately it’s more on a sentence level. I’ll underline sentences and think, damn, I wish I’d written that, and it comes from everything, including student work. I often grow obsessed with a writer and read everything by him or her. My last obsessions: Tom Drury and Rachel Cusk.

EKH: What’s your favorite stage of the writing process? Initial drafting? Revision? Are you someone who likes to get a draft down, however rough, and then tinker, or are you meticulous the first time through?

VP: I like knowing I have a novel or a story inside me, and then the whole process of assembling it on the outside, like a consuming, cosmic puzzle. I comb through what I’ve written over and over, usually going back to the beginning, smoothing as I go along, so that it becomes developmentally organic. I read everything aloud multiple times, and I frantically chew gum, so it’s best if I’m alone. Ideally, the only witness is my dog.

EKH: You have the most dexterous touch in calibrating dialogue and scene so that we understand so richly and with such nuance what your characters are feeling without these emotional turns being telegraphed to us. How do you pull this off? How do you know what’s too much, what’s too little?

Thank you! I’d guess that it comes from my copious reading habits and all that journal writing, along with my hypersensitive nature, and also from growing up in a family where for survival, I developed a fine-tuned emotion calibrator. Also editorial help, such as yours–and my writers group. 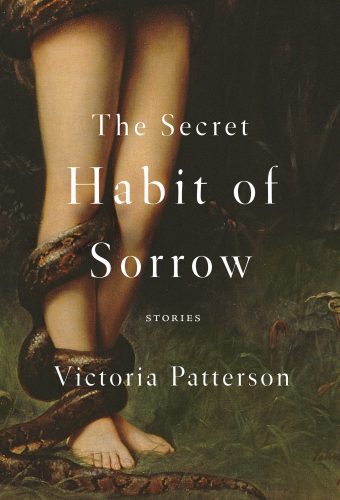 EKH: Maybe along those same lines, you write phenomenally convincing teenage and child characters, particularly as they confront some of the darkest stuff everyday life has to offer: loss, parents’ divorces, other trauma to their families. I’m thinking especially of AJ in “How to Lose” or Owen in “Half-Truth.” What makes kids such compelling lenses? Why populate your stories with them?

VP: I’m lucky I survived my teenage years, so I often write about teens. Kids are hard to write. They’re sophisticated, guileless truth tellers, and I’m interested in how they navigate the world, and the compromises they make.

I’d like to read more stories about children and parents. It’s such a complex, profound, and fraught relationship. I’m writing what I want to read, what is most meaningful to me, and as the mother of two sons (and as a daughter), it’s what I have to write. Richard Yates said, “The emotions of fiction are autobiographical but the facts never are.” I dedicated this collection to my sons for a reason.

EKH: I’m so interested in what you say about a need for more stories about parents and children—what do you want to see written about in this relationship more than we’re doing presently? What are the questions that circle this relationship that most interest you?

VP: I crave these stories, since these relationships, whether we like it or not, for good and bad and everything in between, are vital, complicated, massively influential. I’ve been working on an essay for some time and realize I’m circling my feelings about both my sons; but particularly, in this essay, my youngest. It’s hard to write about–to define–and to write about it accurately and honestly. The depths of emotion are overwhelming, and it’s always been that way for me as a mother, since their births. But also as a daughter, how I feel about my parents. Literature–more accurately, critical attention–tends to disregard or minimize this deep well.

EKH: If I hadn’t already been a devoted fan, I would’ve become one when you called out Jonathan Franzen for his baffling and infuriating essay about Edith Wharton in the New Yorker a few years back, specifically his essay’s preoccupation with what Wharton looked like. I imagine that an essay like Franzen’s would have a harder time being greenlit today, that at least one editor on staff would have the good sense to object to its misogyny—but I wonder also sometimes how genuinely or how deeply we as a culture have internalized the feminist values we more and more profess. What are your thoughts? What do you make of the feminist moment we’re in?

VP: I’m not sure what to make of it. I hope culture is changing, but I’m skeptical. I feel like we’re in the strangest Twilight Zone-like moment, because of Trump, of course, and it’s like we’re moving in this thick molasses of bullshit.

I’m a vocal feminist. I have plenty of “me too” credentials. My last novel was about rape culture. I am ready to burn the patriarchal house down. And I also want room for conflicting, complex feelings, to make mistakes, to not always be a part of an outrage machine, especially when it seems misdirected, or fear that its wrath might latch onto me if I don’t toe the line, or if I say something stupid.

Life is not simple, nothing is. Rather than projecting something more solidly righteous, moral, and sure-footed, I hope my prose conveys complexity, ambiguity, etc. Literature is messy, otherwise, what?

I also wrote an essay about Dave Eggers’ disingenuous, glowing, one-dimensional portrayal of Abdulrahman Zeitoun in his nonfictional novel Zeitoun. Little complexity or contradictions, a feel good I’m-on-the-right-side depiction, no self-implicating mirror. That, to me, does more of a disservice than, say, prose crackling with misogyny, but also honestly and emotionally grappling with misogyny.

I’ve been thinking about Zadie Smith’s essay on Philip Roth: “At an unusually tender age, he learned not to write to make people think well of him, nor to display to others, through fiction, the right sort of ideas, so they could think him the right sort of person. ‘Literature isn’t a moral beauty contest,’ he once said.”

EKH: You write about southern California in a way that always makes me long to be there, in its beauty and in its particular brand of ennui that I think you capture like no one else. Who are your other favorite California writers, and your favorite books about your state?

VP: Dana Johnson, Michelle Huneven, Jim Gavin, Danzy Senna, Sarah Shun-Lien Bynum, Michael Jaime-Becerra, among many others. Immediately I think of Nathanael West’s The Day of the Locust, Joan Didion’s Play It as It Lays, and John Steinbeck’s East of Eden. Recently I read Pacific by Tom Drury, which I loved, and which led me to all his amazing books.

Victoria Patterson is the author of the novels The Peerless Four and This Vacant Paradise, a 2011 New York Times Book Review Editors’ Choice. Her story collection, Drift, was a finalist for the California Book Award, the 2009 Story Prize, and was selected as one of the best books of 2009 by The San Francisco Chronicle. She lives with her family in Southern California and teaches at Antioch University’s Master of Fine Arts program.

Sneaking Up On Creation: An Interview with Dunja Jankovic

The Altering Perspective I Like: An Interview with Michael Ondaatje