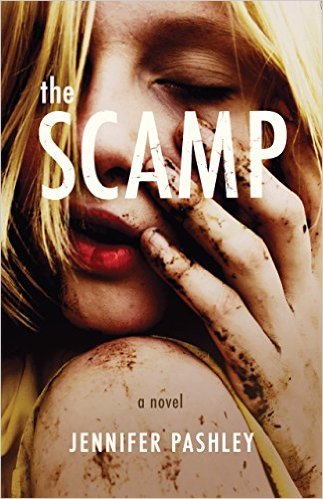 Debut novelist Jennifer Pashley talks about serial killers, Tori Amos, and listening in this Q&A with her editor.

Meg Storey: Place plays a huge role in The Scamp. Can you talk a little about how you chose where to set the book?

Jennifer Pashley: Well, like Rayelle, I grew up somewhat on the road. My family road tripped a lot, often in the country, always staying at roadside motels. So the feel of the rural South is very real to me. It’s stark and beautiful, even in its poverty and disrepair. Trailer parks and cemeteries have always spoken the loudest to me. There are stories there.

MS: Were there any books or movies that influenced the work?

JP: There was definitely music that influenced me while writing it, and that’s usually the case for me. The Scamp grew out of some crazy combination of Tori Amos and Miranda Lambert, which is the kind of thing I was more tempted to say when describing it to people than to compare it to other books or authors. And I mean those two pretty equally. There’s a cross section in this book of both:

I’m goin’ home, gonna load my shotgun
Wait by the door and light a cigarette
If he wants a fight well now he’s got one
And he ain’t seen me crazy yet
_________—Miranda Lambert, “Gunpowder and Lead”

MS: It’s rare to have a female serial killer in a work of fiction. What kind of research did you do to inhabit Khaki’s mind?

JP: I read some psychological studies of psychopaths. I was curious about how the psychopathic mind works, its lack of empathy. I also read (more than once, actually) Ann Rule’s book The Stranger Beside Me, about Ted Bundy, because it’s a fantastic account of both psychopathy and extreme violence. It’s also a beautiful narrative. It’s a great book. 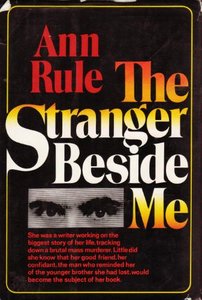 MS: Who are some of your favorite fictional serial killers?

JP: Patrick Bateman from American Psycho, for his abject psychopathy, and his beauty regimen. The Vampire Lestat, for completely different reasons. Because Lestat is, I think, one of the most sympathetic villains ever. He’s right up there with Humbert Humbert.

MS: The Scamp touches on issues of class, domestic violence and abuse, incest, and motherhood. What do you most want readers to get from the book?

JP: This is a really difficult question. I think there’s a feeling of transcendence that I hope readers get. The idea that you can transcend a relationship that harms you. That you can love someone who has the potential to kill you. That those things aren’t mutually exclusive. These relationships are more complicated than a black-and-white abuser/abused. There’s complicity on both sides.

MS: You’ve published two story collections. Did The Scamp grow out of a short story?

JP: No, it didn’t. It has always been a novel, since the very beginning.

JP: I’m always working on something. Right now, a novel is speaking to me. I’m trying to listen.

Raised in Syracuse, New York, by an accordion virtuoso and a casket maker, Jennifer Pashley is the author of two short story collections, States and The Conjurer. Her stories have appeared widely, in journals like Mississippi Review, PANK, and SmokeLong Quarterly, and she has been awarded the Red Hen Prize for Fiction, the Mississippi Review Prize for fiction, and the Carve Magazine Esoteric Award for LGBT Fiction.