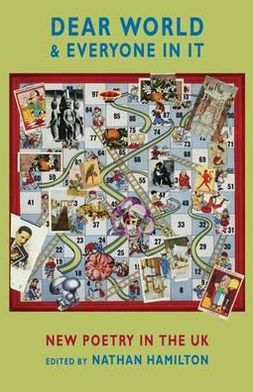 I’m sitting in the garden of an old house here in Notting Hill, reading an anthology of young British poets called Dear World & Everyone in It: New Poetry in the UK. It’s amazing how similar and how different the poetry of the United States and The UK really are seeing how the basic tool being used is absolutely the same! Rhyme and meter are still alive and well on this island but so is the prose poem and a kind of free verse that seems both free and sometimes shy about its own possibilities. Some exciting work in this selection is being done by poets such as Marcus Slease, Amy De’Ath, Ahren Warner, Rachael Allen, Emily Critchley, and someone named Jonty Tiplady. 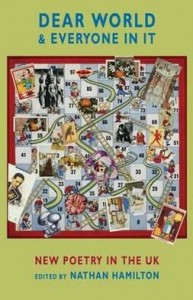 There’s a range of energy here and it expresses, perhaps, a moment where young British poets are beginning to look away from their Iambic parents and toward something wilder inside themselves… or perhaps I’m being West-Coast-Centric and only want them to be wild. Either way it seems like an exciting time here and perhaps also a time where well-defined groups that identify as Marxist poets or Avant-Garde poets or just plain old poets begin moving out of their safe-houses and into the streets to party together, to spill into one another, and create a poetry community that is loose and vibrant. Any poet or reader of poetry in The States who wishes to know what’s going on over here should pick up this anthology.

I read here in London the other night and got the chance to meet some of these poets and hear them read. I wish you were with me, all of you, and that we could begin to build a bridge over the Atlantic and be in touch with these poets in a new way.

Instead of thinking of Shakespeare we might think of this:

Matthew Dickman is the poetry editor of Tin House and the author of All-American Poem (American Poetry Review/ Copper Canyon Press, 2008) and Mayakovsky’s Revolver (Norton, 2012). He lives and works in Portland, Oregon.