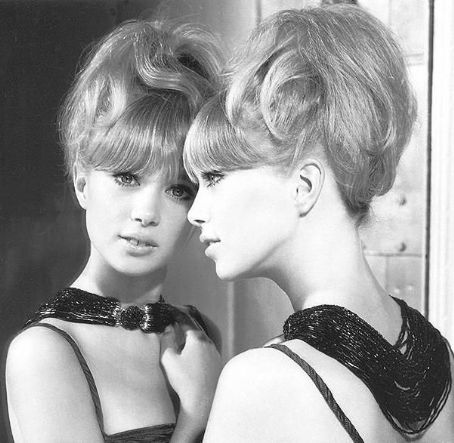 The month before I turned nineteen, I traveled to Sydney, Australia for a semester-long study abroad trip that I was convinced would be the first of many adventures. Beside me on the flight sat a fellow sophomore named Robby, someone I didn’t know but recognized from campus, where he’d breeze by on a skateboard to class, chin-length blonde hair flying, or meander down the sidewalk, entwined with his girlfriend, a petite, pretty brunette named Natalie. He talked warmly about her, showed me a stone she’d given him to remember her by, and then the conversation turned to the books we were reading, sights we intended to explore in the months ahead. Beyond the surfer-boy appearance, he was pensive and polite, and thoughtful when he spoke. I liked him immediately.

I was a writer then, but wasn’t writing. For the last two years, I hadn’t been, although I didn’t find this unnerving—on the contrary, the recess felt right. At the time I didn’t understand why. Now I recognize that I had fully flung myself into the experiences of youth so that I might soak them up and draw upon them later. The impulse for conjuring fiction simply wasn’t there; I did, however, diligently keep a journal. Long gone, those carefully scrawled accounts, but no matter. I couldn’t have foreseen how a few months in that distant corner of the earth would etch not only upon my heart forever, but my imagination.

In Sydney, Robby and I became fast friends. We sat next to one another in every class, grabbed lunch and hung out in between. At day’s end we rode home to the suburbs where we lived with host families, an easy, joyful feeling welling inside me whenever we were together, whether talking or sharing music or in silence. I had fallen in love. But what could I do about it? Could it be possible he was feeling the same way, for as much as he talked about his girlfriend back in Florida? I didn’t know what to do, so I did nothing. We kept hanging out, ducked into pubs with our friends, the two of us doubled-over in laughter at some silly, private joke, brushing and bumping into each other, the sexual tension palpable. Our friends on the trip exchanged glances, and the two girls I roomed with teased me, urged me to wait it out.

Inside, though, I felt like I was being tortured. Weeks passed, and I waited for Robby to make a move. He didn’t though, and halfway into the semester, dejected and determined to have some kind of romantic fling during my Australian escapade, I hastily went after another young man, one who was nothing like Robby except that he, too, had a passion for surfing and traveling. But we didn’t care very much for each other, and fell into a casual exchange that was only about sex. Initially the fling proved a welcome distraction, but by semester’s end left me feeling empty and hurt, and worse, still pining for Robby. On outings he and I still gravitated towards one another, but there was a sense that we’d made some grievous error, the two of us too naïve and nervous to ever bring it up.

Campus life resumed. I returned to my social circle, and Robby to his. I’d heard a rumor that he and his girlfriend had broken up when he’d gotten back from Australia, but for some reason I didn’t seek him out. Over the next two-and-a-half years, we found our paths crossing again, haphazardly—our get-togethers messy and short-lived; somehow either he or I would be dating someone, and it was never the right time. I left campus for another semester, for a publishing internship in London. When I came back I continued to write stories, some inspired by Robby. Senior year I had my first serious boyfriend, and had all but forgotten that semester in Sydney. At graduation I found my marker in the chapel pew, taken aback at who had the place next to me—Robby. Our last names both began with Bl; likely for the same reason we’d been seated together on that long-ago flight across the Pacific.

“Congratulations,” he said nervously, after a few minutes of shy conversation. “I saw that you won a bunch of awards. For writing.”

I shrugged, said something like, “I guess I did. It’s what I want to do.”

And that was it, or should have been. We ran into each other again a few years later, when I was waitressing at a local restaurant, taking graduate writing courses at the university while Robby earned his MBA. But by then I was in a tumultuous relationship; once again fate was thwarted. And once again, I found myself writing about Robby, a story that ended up in my creative thesis. A year later, I went on to pursue an MFA in Writing and while I wasn’t writing overtly about him, foreign locales, surfers, and bleak absences persisted in my fiction. As I struggled to find harmony and fulfillment in my romantic life, I found myself thinking about Robby, and the weight of having missed out on spending a lifetime with a rare kindred spirit. What was it about him that I couldn’t shake? 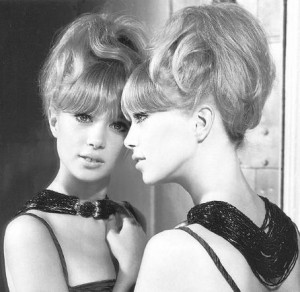 The muse is ubiquitous in the arts. But what makes a muse? Sometimes, a specific story of a loved one inspires—think of James Joyce using his wife Nora Barnacle’s experience of young love at the conclusion of his story, “The Dead.” Sometimes the individual herself is inspiring and beautiful, as Pattie Boyd was to both George Harrison and Eric Clapton. Or perplexing, a puzzle to be explored if not solved, as Zelda was to F. Scott Fitzgerald. But the muse who is most enduring, who captures that which is most ineffable about life, and resurfaces in the artist’s work with poignancy and persistence, is the muse of unrequited love, or the perpetual muse. Perpetual because the yearning for a true love forever lost never dies, but grows more heart-wrenching as the years go by. As Hemingway relived the loss of his first love, Agnes von Kurowsky, through the character of Catherine Barkley in A Farewell to Arms, fiction provides a unique opportunity to remedy tragic outcomes, get revenge or poetic justice.

I saw Robby once more. A few weeks after my thirtieth birthday and fresh out of a two-year relationship, we connected through a social networking site. He was coming to town to visit a friend, and thought it might be nice to meet up. Driving there, freshly made-up and wearing a new sundress, I prepared myself for the likely chance that he’d be with someone in a serious way. How easily we fell to talking as I walked up, as if we had seeing each other just the other day. Before I could ask, he grinned warmly, held up his hand, and said, “Got married, five years ago.”

My heart fell. But it was hardly the worst moment of that evening. After dinner with his friends, he and I sat on the porch alone, drinking beers, in silence at first. I could hardly believe we were sitting across from one another again—not unlike Gatsby and Daisy reuniting in the parlor full of flowers. And I asked him what I had been longing to know since we were both nineteen, if he had felt the same way about me in Australia. That I had been in love with him. He said yes, it had been the same for him. That somehow, the four years spent at college, the circles we’d moved in having long since fallen away, when he recalled those years, he thought of me. That the one thing he regretted was not pursuing me in Australia—both of us too confused and overwhelmed by our emotions at the time to do anything except screw it up.

But the worst thing, by far, was that in his presence I felt just the same as I had before; the years had altered circumstances but not feelings. We parted, and the tears flooded my face all the way home. Late into the night, I wept over photos and cried myself to sleep. In the weeks to come, I wrote a short story—again, about surfing. Again, about Robby. In between stories there are poems where he has surfaced, unmasked and haunting; poetry has a way of tapping into the raw nerve of the matter. I wonder if I will ever stop writing about him, if I will write about him and what happened to us, and what might have happened for us, until death.

Why wonder, when I am writing about him now.

Vanessa Blakeslee’s debut short story collection, Train Shots, is forthcoming from Burrow Press in winter 2014. Her writing has appeared in The Southern Review, Green Mountains Review, The Paris Review Daily,The Globe and Mail, and Kenyon Review Online, among many others. Winner of the inaugural Bosque Fiction Prize, she has also been awarded grants and residencies from Yaddo, The Banff Centre, Ledig House, the Ragdale Foundation, and in 2013 received the Individual Artist Fellowship in Literature from the Florida Division of Cultural Affairs.