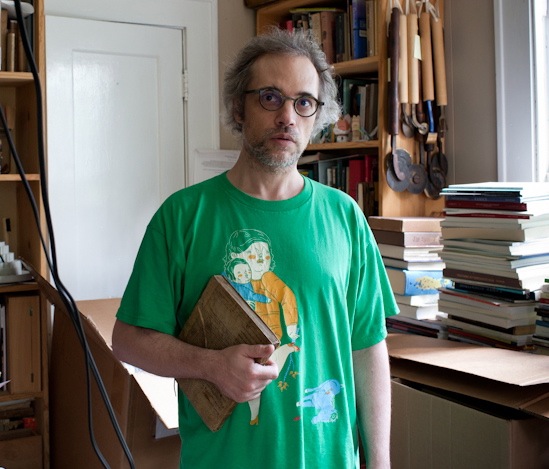 Justine sat down on the linoleum outside of Bass Lecture Hall and listened to the rumble of obsequious group chuckles that slipped under the door. Watchless as she was, Justine had no good guess as to the time, and even less of an idea how much longer Professor Quentinforce “Q” Johnsonson, PhD’s lecture on semiotics in Dr. Who fan fiction was scheduled to last. At least she’d brought a bag of Andy Capp’s Hot Fries to cure the munchies and pass the time.

She crunched. She wiped her orange fingers on her sweatpants. Her right leg was still sore and gimpy from her drive, but Justine felt strong, fearless. Even though the decal on her shirt was wearing away (the warrior’s codpiece and one of the vixen’s bare feet had disappeared), the indomitability it represented was still powerfully comforting.

“Screw him,” said Justine to the unpeopled hallway. She stuck a Hot Fry between her lips and took a long, cigarette-style drag, and was about to exhale like Katharine Hepburn when her upper respiratory tract decided instead to reject the suspiration and cough dramatically.

The doors flew open and students spewed into the corridor as though Bass Hall had been under several atmospheres of pressure. After the room and hallway finally achieved equilibrium and the last of the students floated away, Justine held her breath to stifle the coda of her orange coughing opus, and peeked inside the deep, steep lecture hall.

A man whom Justine presumed to be Professor Johnsonson sat erect on a tall chair of the sort usually seen clustered around tiny circular tables in sports bars. Next to him was an identical chair, occupied by an old and worn Bit-O-Honey-colored leather satchel.

The professor descended from the chair like an eight-year-old climbing down from a jungle gym. When he alighted on the proscenium, he took his satchel, adjusted a pair of nearly invisible glasses, and then paused, motion- less, between the two chairs, which he matched in height.

Justine could no longer hold it; she became a blare of coughs.

“Euk,” said the professor, jumping back like a challenged hamster.

“Hm,” he said, producing a black comb that he used to expertly restore perfection to a shiny, three-inch pompadour that had become briefly mussed in the excitement. “Moppett.” 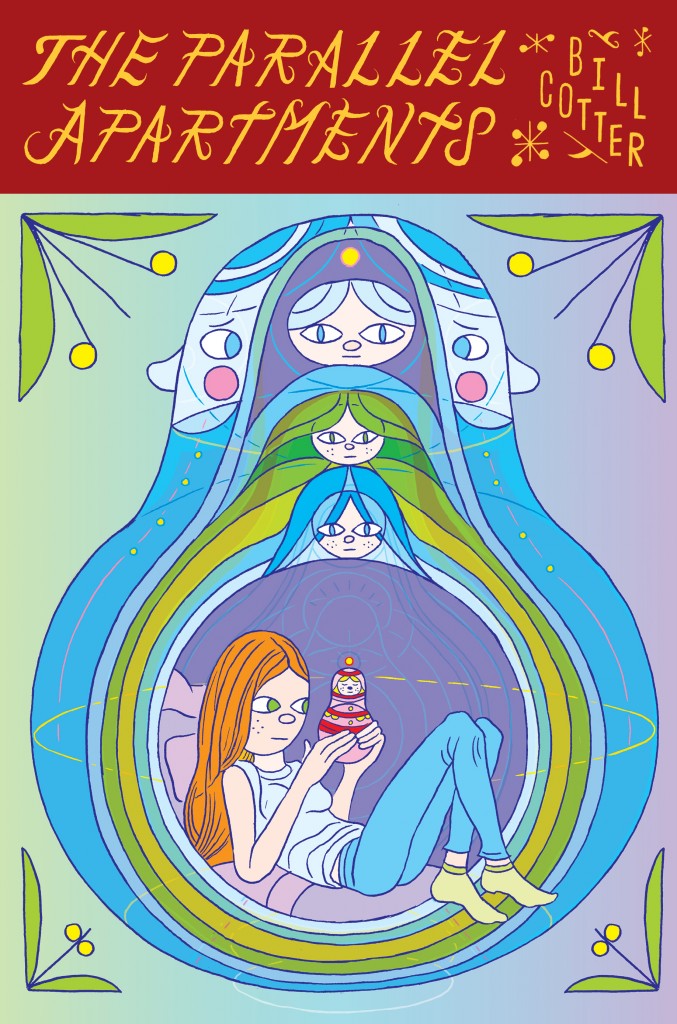 “You and I are not acquainted,” he said, holding his glasses a foot in front of his face and pinkering through them.

“Well, yes, we are,” said Justine, all at once frightened and uncertain; lighter by the weight of why confronting this terrifying fifty-six-inch over- degreed Wayne Newton was so urgent. Now she thought her shirt-warrior’s lacunae were flags of her own weakness. She grew nauseated, aquiver with vertigo.

“An alumna come to exact some form of vengeance.”

“A fanatic, with Uniball and my novel The Ant Mill, suggestively spread open to its title, begging for my valuable inscription.”

“An abductee who has succeeded with the aid of an emery board in severing her bonds and escaping her captor, the dean of engineering, in room 217.”

“A stalker, convinced of our mated souls, with an invitation to a candlelit double suicide.”

“A darkling mirage, courtesy of this morning’s tipple of Laphroaig.”

“A sadistic doula of the earth, here to midwife me into hell.”

“A sightseeing Midwestern dotard, separated from her bus.”

“An overgrown limbus puerorum, forever knocking about the University of Texas in blinkered rapture.”

“A tousled medium with a nagging missive from my tetchy ex-wife.”

“Another hypomanic independent researchess with a silly postulate on my Nixon-era activities.”

“No, not those activities.”

Professor Johnsonson shifted his satchel from one short arm to the other, then stuck his hand into his narrow-waled sport-coat pocket, leaving his thumb out and hooked over the seam, a little pink sea horse hung up on a corduroy fence.

“Then, my lovely scholar, which? I have many secrets, you see, and they will be as such until I’m slabbed and bloodless and the rare-book vultures have started nipping at my archives. Of which this institution and its vampiric acquisitions board will receive not a fragment.”

Justine did not miss the punch on the first syllable of fragment that signaled the mercy stroke of the conversation.

Bill Cotter was born in Dallas in 1964, and has labored as an antiquarian book dealer and restorer since 2000. He presently lives in Austin with his girlfriend, the poet Annie La Ganga. His previous novel, Fever Chart, was published by McSweeney’s in 2009. His latest novel, The Parallel Apartments, is out from McSweeney’s in February.

Excerpted from The Parallel Apartments Copyright 2014 by Bill Cotter. All rights reserved. Reprinted with arrangement with McSweeney’s.

Alice in Bed: An Excerpt