The One-Eyed Man, out today from Viking, centers on a middle-aged man named K. who, after his wife passes away, loses his ability to process metaphor, becoming so wedded to the notion of literal fact and is so dedicated to unmasking lies and delusions that he provokes strangers and friends alike. When he intervenes in an armed robbery, K finds himself both an inadvertent hero and the star of a new reality television program. Together with Claire, a former grocery store clerk with a sharp tongue and a yen for celebrity, he travels the country, ruffling feathers and gaining fame at the intersection of American politics and entertainment. As K. and Claire are confronted by gun-toting activists and hyper-liberal media personalities alike, Currie gives glimpses into the life that K. shared with his wife, Sarah, providing an emotional look into what made K. unravel and what, if anything, will bring him back.

Sarah died as she had lived, which is to say: furiously.

I’m referring here to the very last day of her life, during which she flailed through something called the agonal phase.

Apt because during this time the dying person often thrashes about, throws her head from side to side, makes strange animal noises, and generally behaves as if she were in tremendous discomfort.

Inaccurate and perhaps hyperbolic because neuroscientists agree that the agonal phase is a cognitive state resembling deep surgical sedation, and so despite all the gasping and moaning the person experiences no discomfort—let alone agony—whatsoever.

On average it lasts for two minutes, give or take.

Sarah’s, by contrast, went on all day and into the night.

This was by no means the only way in which she was exceptional.

“I know it seems awful,” the hospice nurse said while I sat at Sarah’s bedside and held her hand. “But I’ve done this many, many times, and she can’t feel anything. She’s miles away.”

Every half minute or so, Sarah would heave for breath and squeeze my hand with a strength I’d never known her to possess. Each time it felt like the small bones in my hand might crack. I winced and held on despite the fact that Sarah could not feel or know anything, and thus could not care less whether I was holding her hand.

As the first hour passed, the nurse expressed surprise that Sarah was still alive, and began uttering platitudes that had no basis in either medicine or human physiology.

“She’s not ready to leave you yet,” the nurse said. Also: “It’s amazing sometimes how long people hold on, out of love.”

When it was over, I learned that patients whose cancer migrates to the lungs, as Sarah’s had, could sometimes struggle for hours before finally expiring. This seemed, for reasons both scientific and personal, a much more likely explanation for her protracted agonal period than any reluctance on her part to leave me.

But I nodded along, pretending to share the nurse’s amazement at the power of love to forestall death. I held Sarah’s hand and stroked her cheek and separated her lips as the nurse squirted morphine from a wide-gauged syringe. I read aloud: Tolstoy, bits of levity from Nora Ephron, Robert Lowell’s visions of New England, where Sarah and I had grown up, met, fallen in love.

Though I made no phone calls, people arrived throughout the day, summoned by a force they could not name—and like the Magi, they bore gifts.

“We just felt like we should drop by,” Alice said, proffering a baking pan full of manicotti. Behind her in the doorway stood Tony with a vase of flowers, strange blossoms in muted earth tones (months later, when Alice was out of earshot, he apologized for the grim arrangement, referring to it as “FTD’s ‘Sorry Your Wife Is Dying’ bouquet”). 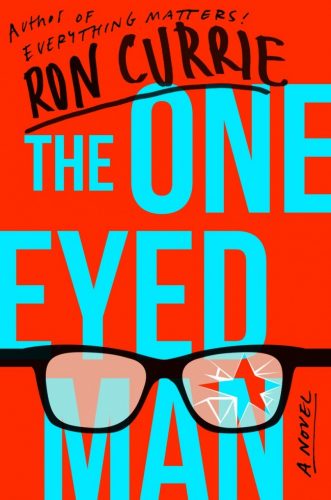 After that, friends showed up every half hour or so. As the house filled, Alice took over the minor domestic duties—keeping coffee on, answering the door, policing those who neglected to remove their shoes—while I continued my hand-pulverizing vigil at Sarah’s bedside. People took turns sitting in the only other chair in the room, on the opposite side of the bed. Hardly anyone spoke to me. No one except Alice ventured to take Sarah’s right hand, even though every half minute or so she seized up like someone being hit with a defibrillator and waved that hand around in a sort of grotesque invitation. Most visitors, the first couple of times this happened after they took a seat, recoiled in spite of themselves. Maybe they were afraid of how Sarah’s hand would feel—and they were right to be afraid, because her hand was hard and cold, like she was not a person but rather one of those antique dolls with the porcelain eyes that stare and stare. So they watched Sarah thrash and listened to her moan for as long as they could bear to do so, then stood and withdrew to the light and warmth of the kitchen.

Much as I might have wanted to, I certainly couldn’t blame them for excusing themselves. Watching someone die isn’t just unpleasant, it’s also pretty dull. At least in the kitchen there was hot coffee and conversation, people eating casserole from paper plates, sharing hugs and gossip and opinions about sporting events. It became a sort of safe zone, like the designated spot in a children’s game where one is immune from being made “it.”

Eventually everyone served their time at Sarah’s bedside, and I slept, my forehead pressed against the hard raised seam at the edge of the mattress. Evening had flowed like a black liquid into the corners of the room when Alice woke me and insisted that I take a mug of tea. I looked up blinking and mute, and Alice gazed at me and used her free hand to touch an indentation the mattress had left in my forehead. Her thumb was hot from holding the mug, and for just an instant it burned me. Alice traced the line in my skin and cooed mournfully, her head tilted to the side and her eyes brimming, an empathetic tenderness the likes of which she almost certainly had never shared with Tony, and suddenly I was relieved of thinking about Sarah and instead free to marvel at the ways in which human relationships defied neat categorization and constraint, how Alice and I, until not mindlessly chaste in our interactions, were here thrust by grief into a moment as physically and emotionally intimate as sex, and thus could have been rightly accused of violating the covenant of both our marriages—in front of my dying wife, no less. And I almost confessed to Alice then, almost told her that I was responsible for the fact that my Sarah was dying, and how the worst part of being guilty was having no one suspect you in the least. But then I noticed my hand ached as if someone had been pounding on it with a claw hammer, and this drew my attention away. I looked down, and Alice pulled her thumb away from my forehead, and the moment ended. Alice set the mug of tea on the nightstand and said, “Drink that, you.” She left me there, flexing my hand and contemplating the bruises gathering on the meat between my thumb and forefinger, purple marks the exact size and shape of Sarah’s fingertips.

Ron Currie is the author of the novels Flimsy Little Plastic Miracles and Everything Matters! and the short story collection God is Dead, which was the winner of the New York Public Library’s Young Lions Award. In 2009, he received the Addison M. Metcalf Award from the American Academy of Arts and Letters. His books have been translated into fifteen languages. He lives in Portland, Maine.