From our Theft Issue, the tables turn as Mary Higgins Clark gets robbed.

Eighteen years ago, I decided to insure my jewelry. I realized that over the years I had gradually accumulated valuable rings, necklaces, bracelets, and pins. The reason for my treasure trove was that every year when I turned in the latest book and got paid for it, I treated myself to an expensive reward for all my hard work. I also rationalized that with three daughters and two granddaughters everything I had would be greatly enjoyed by them in the future.

When I insured the jewelry, the insurer told me in no uncertain terms that I would have to keep it in a safe. Before that, I hid my goodies, except for what I was wearing, under old clothes in a box in my crowded attic. A new state-of-the-art security system was installed. The only problem was that we couldn’t figure out how to turn on the motion detector that would have signaled movement within the house.

One evening, we were going to a black-tie affair, so I was wearing some of my jewelry. At the dinner a waiter came to the table to say that there was an urgent phone call from the Saddle River police. Their message was that we had been burglarized. The police were searching for a gang of two or three men who had driven into town in a Mercedes. All wore ties and business suits, so they blended very well with the residents. The night we were robbed they hit three other houses in our neighborhood.

As it happened, even though the alarm would have been set off if any of the doors and windows had been opened, the sophisticated thieves had smashed a picture window in the library and gained access that way. 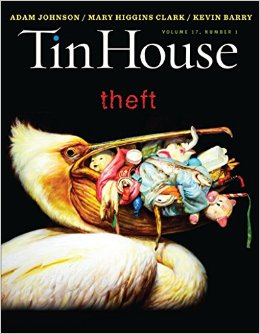 They did exit by opening the front door. I guess they didn’t want to risk crawling out over all the broken glass. When that door was opened, it triggered the alarm and the police immediately responded. By then the crooks had taken off with my jewelry in their Mercedes.

The new safe had been broken into as easily as though they had opened a can of tuna.

As I mourned my losses, I could only think that if my good jewelry had only been in the attic, snuggled under old clothes, it would have been safe.

I especially mourned one particular ring, which had a history to it. Sixty-five years ago, when I was a young bride, my mother-in-law had taken a number of diamonds from rings she seldom wore and had them designed into a beautiful three-tiered dinner ring. When she showed it to her son, my husband, she asked him how he liked it. His reply was, “Mother, to tell you the truth, I think it’s vulgar.”

She laughed and said, “Thanks very much. I was planning to leave it to Mary.”

She did leave it to me, and I loved it.

That was why, of all the lovely jewelry I lost that night, I missed the vulgar ring the most.

The burglary happened during November. The following spring, the landscaper arrived one morning to start the usual spring cleanup. A few minutes later he knocked on the door. He was holding an object caked in mud in his hand. It was the vulgar ring. It must have been dropped by one of the crooks on his way out of the house.

I have been happily wearing that ring to all the grand occasions ever since that burglary eighteen years ago.

Now I have a formidable safe bolted into the floor and walls. But if any light-fingered crook happens to read this essay, don’t bother to try to open that safe or pull it off its moorings. It would be a wasted effort.

My good jewelry is now snuggling under old clothes in an even more crowded attic. Lots of luck finding it.

Mary Higgins Clark’s books are worldwide bestsellers. In the US alone, her books, including thirty-four suspense novels, have sold 100 million copies.