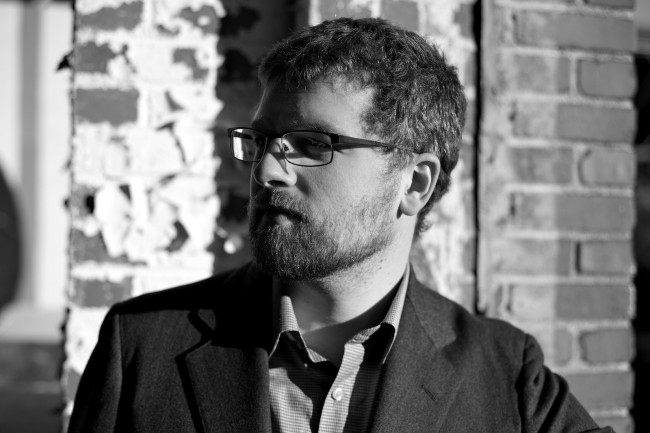 Writers who came to mind while reading stories in Lincoln Michel’s debut collection Upright Beasts included Kit Reed (“Our Education”) and William Gay (“Little Girls by the Side of the Pool”) and Franz Kafka’s “Letter to His Father” (too many to neatly fit between these parentheses). That said, there are literary and extraliterary sensibilities here that defy these superficial comparisons. The book is terribly funny and terribly sad, often simultaneously. I particularly enjoyed the way the collection works as a whole, like a great album you can put on start to finish.

Michel is founding editor of the journal Gigantic and co-editor of the anthology Gigantic Worlds. He’s also the online editor for Electric Literature. I’ve never met him, but I’ve admired his work for quite a while and published one of his stories when I was an editor at Monkeybicycle. He answered these questions via e-mail in early August.

Andrew Ervin: You have some truly spectacular opening lines here. “The children erect a gallows out of desks, cardboard, and ribbon.” “Or take the day my father handed me his glass of lemonade and reached for the rifle.” Is that how you begin writing a new story? Walk me through the process.

Lincoln Michel: First off, thank you. There are definitely times when a story spools out from a single sentence. In fact, the story in my collection that you published, “Routine,” is a good example. I had the opening sentence (“This morning I murder your mother, but then I always murder your mother”) lodged in my head before I even knew it would be a zombie story. I just kept thinking of that sentence until a story came. That said, I’m surprised when writers say they have a set routine for writing a story, because mine come to me in different and unpredictable ways. Sometimes it is a sentence, sometimes a concept, sometimes a structure, sometimes a voice. The story might be almost entirely formed in my head before I write, or it might radically change during the writing.

I am always interested in sentences though, and strongly distrust writers and readers who talk about how the sentences don’t matter only the characters or plot or ideas do. They say caring about sentences makes you some elitist literary snob. No, sentences and words are the building blocks of fiction. That’s what fiction is made of. So I think writers need to pay attention to sentences just like a director pays attention to shots or a painter pays attention to colors. The opening couple sentences in particular set the tone for the reader, and for me, at least, they set the tone for my writing. So most of the time, no matter how a story starts, I work on the opening sentences until I’ve figured out what the tone and style will be. 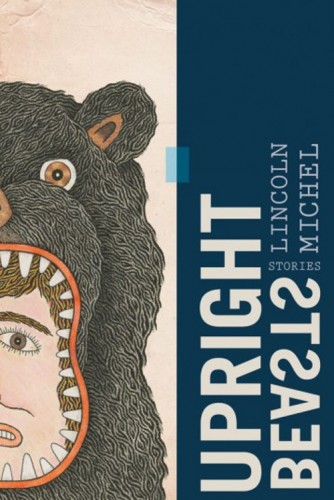 AE: How do you know when a story is finished?

LM: I wish I had something smart to say about that, but I think I just work on them until they feel right. There seems to be two common poles here. The first is the “fiction is never finished, only abandoned” camp (variations of that quote are attributed to Valéry on poetry and da Vinci on paintings) that believes you can work on something forever and it is finished only when you more or less arbitrarily decide to move on. Then there is the idea that a work can be made perfect, or near perfect, at least to the artist’s tastes and abilities. I remember reading someone say that you know a story is finished when you go through and remove all the punctuation, then do another draft and put all the punctuation back in the exact same place. When you can’t even think of an edit to make. Of those poles, I’m closer to the former, especially if the story is longer than a page or two, and I’m always thinking about different paths that a story could take. And I will say that I think there is a real danger to giving young artists the idea that everything should be “perfect” and “polished” in a story. I want some messiness in my art, some chaos in the style and roughness in the sentences. Overly polished work tends to feel inert on the page, and I think we all want our fiction to be weird and alive.

AE: In an interview, Richard Powers once said:

“I have always tried to write my personal landmarks directly into my books in some way, if not in an acknowledgments page, then by some quotation or homage or identifiable theft that brands the book’s indebtedness. So all those allusions or references: those are the people I’d like somehow to pay back.”

You have a character here named Lispector. To whom else are you indebted?

LM: I like that Powers quote a lot. Sometimes, especially in the MFA/literary fiction world, there is this bizarre sense that writers should act like they are free of influence and write their work as if it exists in a vacuum removed from the air of other art. But literature is a conversation, or rather a million different and overlapping conversations, between writers, and I don’t think there is any reason to hide that. The story with a character named Lispector pays homage to Robert Walser’s Jakob Von Gunten, and there are other subtle references to my literary influences throughout.

LM: I love Lispector, and I’m really excited that her collected stories were just published here. For general influences, my first and still greatest literary love was Franz Kafka. Flannery O’Connor, Donald Barthelme, Denis Johnson, and Italo Calvino were three other early milestone authors for me–ones who transformed my understanding of what fiction can do. Their influence is probably detectible. Some more recent—in terms of my reading chronology—authors I’m indebted to are Kōbō Abe, Shirley Jackson, Thomas Bernhard, and Angela Carter.

But influences come from all over, and I’m sure I’ve appropriated things from sketch comedy, weird comic books, philosophy, and plastic monster toys. On a sentence level, I know I’ve absorbed some of the structures and rhythms of humor writers and stand-up comedians like Jack Handey, Steve Martin, and Mitch Hedberg. One-liner comics can be as skilled with a sentence as any Lishian novelist, and you can use some of those tricks for effects other than humor (although humor is very important to me in fiction). Similarly, aphoristic philosophers like E.M Cioran and Nietzsche are worth studying for their syntax alone. When I was young, I devoured books on unsolved mysteries and mythological monsters, and I played/watched/collected plenty of geeky science fiction/fantasy/horror things. All of that stuff gets mixed up in your brain and leaks into the fiction.

AE: What are some story collections that hindered your writing of this book? 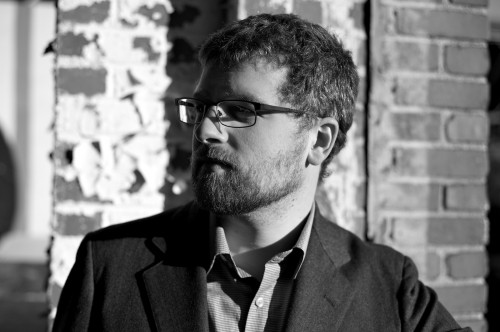 LM: That’s a very interesting question. I’m not sure I’ve thought about it that way. Certainly there were authors whose works I wanted to make sure mine was distinct from, but I hope and think that my collection is a diverse one that moves through surrealism and realism, flash fiction and long stories, “genre” and “literary,” and so hopefully won’t feel too much like any of my influence’s books. Honestly, my biggest hindrance was in figuring out how to combine these stories. The successful models I found had extremely distinct voices. For example, Barry Hannah’s Airships has Southern realism, almost absurdist war stories, and even some apocalyptic fiction tied together by Hannah’s incomparable prose. David Foster Wallace’s collections are very diverse in content, length, and form, but again his prose is brilliantly distinct. I went through dozens of versions of Upright Beasts, dropping or adding stories (early drafts had 40 stories), rearranging in different orders, adding and removing sections. Eventually I settled on dividing the stories into four mini-books, each hopefully having a distinct feel yet still tying all together in a coherent and interesting way.

AE: What monster, other than man, upright or otherwise, is the most frightening?

LM: Ooh, I love talking about monsters. I’m not sure about most frightening, but of the “classic” monsters, I’m most drawn to werewolves. There is something much more interesting about an uncontrollable monster hiding inside yourself (see also: Jekyll/Hyde, The Hulk, etc.) than a random monstrous animal or a human simply dying and turning into a monster post-death. (Vampires, zombies, skeleton monsters, and the like typically lose their personalities and just become evil or mindless.) I think change is the great horror, especially unpredictable and irreversible change. So a “flaw” in the werewolf is how predictable the change is, leaving half the werewolf narrative being about locking the man or woman in a room whenever there is a full moon. Kind of a snooze. Unpredictable and irreversible body horror, such as what David Cronenberg has built a career on, is really frightening to me. Devolution, monstrous transformations, mutation, decay. As far as literary effects, I’m very drawn to “the uncanny”: the strange turning familiar and the familiar turning strange. Monsters that combine those things—such as the mutating doppelgangers of Carpenter’s The Thing—are my favorite. Faulkner famously said, “The only thing worth writing about is the human heart in conflict with itself,” but what about the human heart in conflict with a terrifying mutated version of itself?

Lincoln Michel is the coeditor of Gigantic Worlds (Gigantic Books, 2014), an anthology of science flash fiction. He received his MFA from Columbia University and his work has appeared in NOON, BOMB, Oxford American, Tin House, The Believer, The Paris Review Daily, and elsewhere. A founding editor of the literary magazine Gigantic, Michel also serves as an online editor for Electric Literature and as an English instructor at Baruch College. A self-described “fairly-frequent tweeter,” he tweets from @TheLincoln and resides in Brooklyn, NY.

Andrew Ervin is the author of the novel Burning Down George Orwell’s House. He lives in Philadelphia.

A Conversation with Teju Cole

The Principles of Shapeshifting: An Interview with CJ Hauser