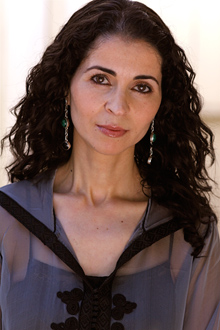 A series of brief but wide-ranging interviews with authors about ancestry.

Laila Lalami is a talented novelist and a discerning critic, a voice of reason and empathy online, and an old friend. Her third novel, The Moor’s Account, offers a new point of entry into a true story — the Castilian conquistador Pánfilo de Narváez’s would-be conquest of the Americas. The narrator, Mustafa al-Zamori, is Moroccan, a former merchant and now a slave whom the Spaniards have renamed Estebanico. An enslaved man called by this name actually was reported to be one of only four survivors of the ill-fated Narváez excursion, but his story hasn’t been told until now. The Moor’s Account is fiction of the lushest, most psychologically satisfying kind, a tale of freedom and slavery, of the homes and families and choices we’re born with and the ones we make for ourselves.

Maud Newton: In a Lives piece for the New York Times Magazine, you write that your mom was left in a French orphanage in Fez in 1941, and that, over the years, you had many theories and stories about how she might have ended up there. Your thirst for the truth eventually led you to take a genetic test, but in the end, science couldn’t give you the kind of answers you were seeking. “Only stories could,” you said. Do you think the mystery of your mother’s origins is part of the reason you’re a writer?

Laila Lalami: I think it certainly played a part. When I was growing up, I could never shake the feeling that there was something different about my family. All my friends had maternal aunts, uncles, cousins, grandparents, whereas my extended family consisted solely of relatives on my father’s side. We also did certain things differently at home, like sing French lullabies instead of Arabic ones, or eat pain perdu with mint tea—habits my mother brought with her from the French orphanage. Being different meant that I became more sensitive to detail, more attuned to all the ways in which a person belongs to or is held apart from a group.

For me, the desire to write came from my love of books and my need to tell stories. But I think there’s a connection between feeling like you’re different and wanting to tell a story. When you write you can, at least temporarily, tame that feeling of difference.

MN: You and I have talked a lot about the privacy issues that the vast DNA databases like 23andme’s raise. How do you feel about revelations that the Department of Defense is funding research into DNA-based mugshots? 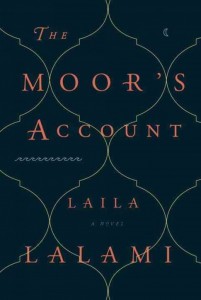 LL: Terrified! I find it frightening that the government would have access to databases of DNA evidence on people who have committed no crimes at all. There is a very real risk of error and abuse. But more than government, I’m also concerned about how such data might be used or sold by the corporations that have it. Will insurance companies have access to it? Will our employers?

MN: Mustafa, the narrator of The Moor’s Account, has been taken from his homeland, stripped of his name, enslaved, and carried along on Narváez’s 1527 expedition to La Florida. On his journey, and when he is captured at his destination, he sustains himself in part on memories of the stories that his mother told him as a boy. His own memoirs are in a sense a continuation of that tradition. “What each of us wants, in the end,” he writes, “whether he is black or white, master or slave, rich or poor, man or woman, is to be remembered after his death. I am no different.” It’s such a wonderful, nuanced novel, and one that underscores the arbitrariness of whose stories are preserved to time and whose are forgotten.

LL: Although I didn’t realize it at the time I started working on the novel, I think one of the things that interested me most was exploring the ways in which some stories are celebrated, propagated, and even canonized, while others are passed over or forgotten.

In history, the stories that prevail aren’t necessarily the best or truest; they’re the ones told by the most powerful people. The beauty of fiction is that it does not obey that pattern. A writer can choose whichever perspective she deems to be the best for the story.

LL: Yes. Because I know so little about my mother’s ancestry, I often find myself wondering whether certain traits are inherited from my father or my mother. And I do this with my daughter, too. For instance, no one in my family (or my husband’s family) is a musician, but our daughter has always had an aptitude for it. So I always wonder if it’s not because of a distant relative on my mother’s side.

MN: Helen Oyeyemi’s most recent novel, Boy, Snow, Bird, draws on the myth of Snow White to interrogate the conceptions of beauty implicit in the practice of “passing.” Have you ever felt burdened by the kinds of assumptions people make about you or about your ancestry based on your appearance? 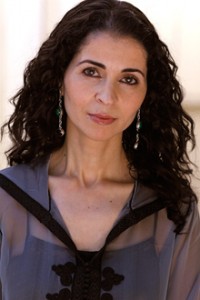 LL: I have curly hair, but when I blow it straight I’m often assumed to be white or Hispanic. And that has led to some interesting experiences. For example, with straight hair, I’m never pulled aside for that “random” screening at the airport. Or if I’m at a party and someone starts talking about the Middle East, I hear offensive things that would not necessarily be said to my face if my ancestry were known. But if my hair is natural, then I get a whole set of other experiences. Once, a flight attendant grabbed a strand of my hair as she was walking down the aisle and asked me if it was natural. Why do people think it’s okay to touch a stranger’s hair without asking permission first? Another time, a gate agent forced me to check my carry-on, while the blonde woman ahead of me had three bags and a pillow. I was grading papers once on a flight, and a woman asked me if I taught grade school. I said no. “Oh, high school?” she asked. “No,” I replied. There was a pause. “College?!” she said, with astonishment in her voice. Anyway, it’s endless.

MN: Those of us who attempt to trace our ancestry: what do you think we’re seeking?

Laila Lalami was born and raised in Morocco. She attended Université Mohammed-V in Rabat, University College in London, and the University of Southern California, where she earned a Ph.D. in linguistics. She is the author of the short story collection Hope and Other Dangerous Pursuits, which was a finalist for the Oregon Book Award, and the novel Secret Son, which was on the Orange Prize longlist. Her essays and opinion pieces have appeared in Newsweek, the Los Angeles Times, the Washington Post, The Nation, the Guardian, the New York Times, and in numerous anthologies. Her work has been translated into ten languages. She is the recipient of a British Council Fellowship, a Fulbright Fellowship, and a Lannan Foundation Residency Fellowship and is currently an associate professor of creative writing at the University of California at Riverside. Her new novel, The Moor’s Account, was published by Pantheon.

A Conversation with Teju Cole

The Principles of Shapeshifting: An Interview with CJ Hauser