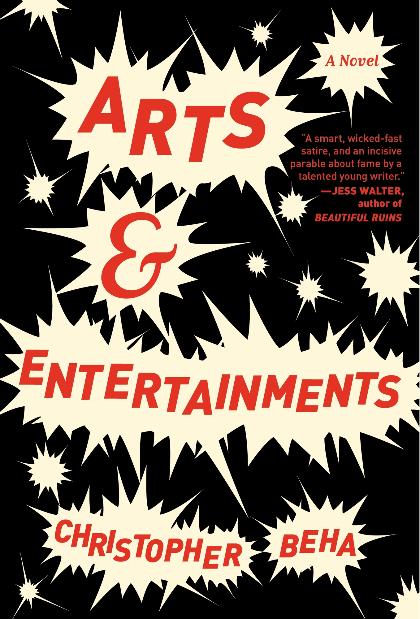 I’ve always been interested in the ways writers think about family history—and especially about echoes, or the lack thereof, through the generations—if they do, as they work. I’m grateful to Tin House for allowing me to indulge this curiosity in a new series of brief but wide-ranging interviews with authors about ancestry.

I can’t think of a better first subject than Christopher Beha, a novelist and critic whose work concerns itself as much with history as with the present moment, and the editor who invited me to write about genealogy for Harper’s.

His first novel, What Happened to Sophie Wilder, is a gorgeously executed, tenderly philosophical, and (in the best way) deeply unfashionable meditation on talent, belief, and family. Like Graham Greene’s The End of the Affair, it makes questions of faith urgent and tangible. His second book, Arts & Entertainments, sends up our reality TV culture with a zany precision that would have delighted Muriel Spark.

Over the year I worked with him, I had the pleasure of learning a little bit about his own family, and his deep knowledge of it, and I’m glad to share some of his stories with you.

Maud Newton: When we first met to talk about the essay I eventually ended up writing for Harper’s, you mentioned an ancestral house upstate where your family spends time every summer. Do you think visiting that old homestead has influenced your thinking about ancestry?

Christopher Beha: Without a doubt. The house was built by the first Behas of my line to come to America from Germany in the second half of the nineteenth century. They farmed for a couple of generations on land my family still owns, and members of the family continued to spend a lot of time there after my great-great grandmother moved the family down to New York City. So there’s a lot of family history there.

There are still some Behas living in the area (though they pronounce the name differently than my family does), and there is a Beha Road not far from the house. I can walk a mile down the road to the churchyard and see the graves of Matthias and Theresa Beha, my great-great-great grandparents, who brought their family over 150 years ago. All of this has influenced my sense of ancestry as something that is still present in my world, even if it is often invisible. 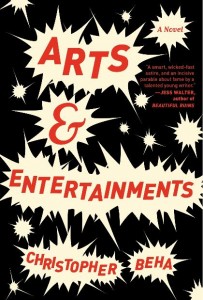 MN: You and I share an interest in religion. How does your religious background inform your thinking about ancestry?

CB: When you were working on your essay for me, we talked a little bit about what Andrew Solomon calls “horizontal” and “vertical” identities. My horizontal identity is pretty weak, I’d say. I don’t think of myself as exhibiting the qualities of my generational cohort. (It doesn’t help that I’m not sure which cohort I’m in: I was born in 1979, and demographers and marketing departments can’t seem to decide whether I’m a very young Gen-Xer or a very old Millennial.) I certainly don’t identify strongly as someone born at a particular time, who was a particular age when the Cold War ended, say, or when the Towers came down, and thus shares a specific set of memories or experiences with others born at that time.

On the other hand, my vertical identity is quite strong. Part of this is my strong sense of being a member of a particular family and thus connected to other members, including many who died before I was born and others who will live after I’m dead. Likewise, I have a strong sense of being a Roman Catholic and being part of the communion of believers stretching back two thousand years. I’ve had this sense even at times in my life when I haven’t been a believing Catholic. And of course, the Church’s claim to authority rests in part on the ability to trace a direct line from the first Bishop of Rome, St. Peter, all the way to Francis, which is a kind of family lineage.

CB: I have an identical twin brother. Because he was born a few minutes ahead of me, he was given the family name, James. He is the fourth James Beha in direct succession, and every one of them has become a lawyer. This despite the fact that my father did nothing to encourage that path. He is in all sorts of ways more similar to my father than I am, I think. There’s something a bit magical to me about that. I sometimes wonder what would have been different if the doctor performing the caesarian had reached for me instead of him.

MN: Are you more interested in the ancestors whose identities you know, or in those who are a mystery?

CB: With the Beha line in particular, we know a nearly exhaustive amount going back to their arrival in upstate New York. This amount of information makes me feel like I know these people, and there is something very compelling about that. But there is something compelling about mystery, too. We know far less the family’s history back in Germany, and Beha is not a recognizably German name. On the other hand, various members of my family have been told by various sources that the name is Sephardic. This possibility fascinates me. I’d love to know the process by which a family of German Catholics emerged from a family of Spanish Jews.

MN: Growing up, did you ever fantasize about being descended from a particular historical figure?

CB: William Gass has spoken in very colorful terms about the way writers go about choosing their own ancestry. What I said above about vertical and horizontal connections holds for my writing, too. As a writer I feel like I’m much more in a conversation with writers who came before me, who represent a tradition I want to be working in, than with my peers. I’m reading Ben Lerner’s novel 10:04 right now, and I think he’s very good at capturing certain very specific characteristics of what it’s like to live in our present moment. But reading a book like that doesn’t fill me with the urge to sit down to write something in response. That’s the feeling I get when I read George Eliot, and Henry James, and Vladimir Nabokov, and Mavis Gallant, and Muriel Spark, and a host of other writers who are not necessarily connected to each other in obvious ways but who I feel in bones are connected to me. I don’t have to fantasize about being descended from them; I have to sit down and my desk and work my ass off to make it so.

Christopher Beha is a deputy editor at Harper’s Magazine. His essays and reviews have appeared in the New York Times Book Review, The London Review of Books, The Believer, Bookforum, and elsewhere. He is the author of two novels, Arts & Entertainments and What Happened to Sophie Wilder (Tin House Books!), and a memoir, The Whole Five Feet. He is also the co-editor, with Joyce Carol Oates, of the Ecco Anthology of Contemporary American Short Fiction. He lives in Brooklyn with his wife.

Story About the Story: An Interview with Edward Hirsch