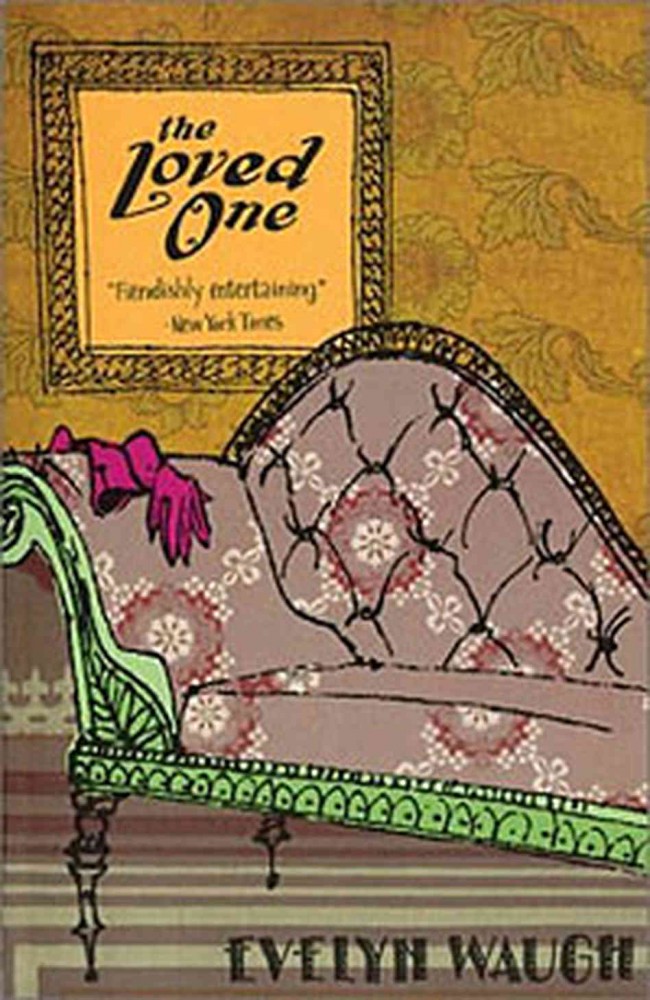 Not being from L.A., and not being a hundred years old, I figured I’d better do some serious legwork before trying to write a novel of F. Scott Fitzgerald’s time in Hollywood. Along with the glossy photo essays and scratchy newsreels and high-flown histories of the studio system’s golden age, I combed through a survey of novels from the period, fastening on details but also trying to see how that long-gone L.A. was portrayed. What were the cliches I should avoid and where could I find new opportunities?

While Southern California seems like a garden spot to someone from the Midwest, the major works mostly focus on falseness and squalor.  While John Fante wallows in the seediness of Bunker Hill and San Pedro, John O’Hara in Hope of Heaven and Budd Schulberg in What Makes Sammy Run? key on the cheesiness of the city’s architecture and its business of creating empty illusion. Raymond Chandler finds nothing but perversion and corruption in picturesque Bay City (Santa Monica), much as James Ellroy would fifty years later. Though the city was much smaller then, the neighborhoods not yet cordoned off by freeways, there’s no sense of community, only loners and outcasts isolated and at the mercy of greedy politicians, crooked cops and religious charlatans. Shabby, ugly, secondhand, materialistic, vapid–there’s not a lot of love for the city, even in the best work set there, with one exception.

Despite the underlying plot laying bare the ruthlessness of American business, in The Last Tycoon Fitzgerald does his damnedest to give his lovers a romantic backdrop, featuring the Hollywood Hills and Stahr’s unbuilt house overlooking the Pacific, as well as sweeping aerial views of the mountains surrounding the city (in anticipation of a fifth-act plane crash). I latched onto this as a cue to include more of the natural world in West of Sunset, especially as seen through a transplant’s eyes. Fitzgerald also has a soft spot for movie magic, unlike a harder-edged satirist like Nathanael West. As a writer whose first love was the theater, Fitzgerald finds the stagesets and the backlot ingenious and enchanting rather than fake. His love of illusion and need for romance, especially at this time of his life, colors his novel, and seemed a good guideline for mine. 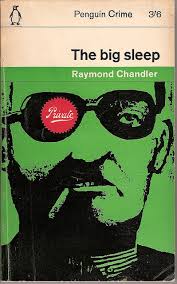 Often imitated, never improved upon, Raymond Chandler’s first book introduces Philip Marlowe, a tarnished knight for a fallen world.  As with George Romero’s Night of the Living Dead, a sizeable chunk of our current entertainment is based on this one work.  Chandler’s voice is neatly deadpan and then flowers into baroque metaphor.  Like most of the authors on this list, not a native, but a wayward Brit. 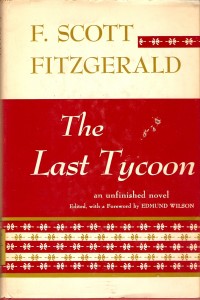 Fitzgerald regained his form in this unfinished novel of Hollywood, a cousin of Gatsby, proceeding–as he wrote in his notes–by situation and mood.  A tragicomic opera focusing on the inner workings of the studio system, the soullessness of which provides the perfect background for his last-ditch romance between his hero Stahr and Kathleen. 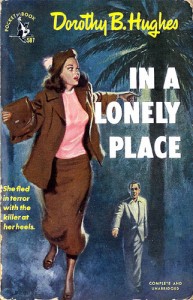 With its psychopathic first-person voice, Dorothy B. Hughes’ fog-soaked noir predates Jim Thompson’s The Killer Inside Me and bears only a nominal resemblance to Nicholas Ray’s film.  Hughes keeps us stuck in her twisted narrator’s head, at the mercy of his swimming thoughts.  Maybe the best portrayal of a predator ever. 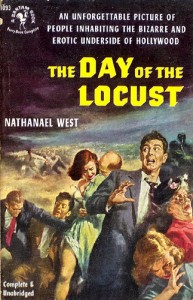 Native New Yorker Nathanael West’s second masterpiece is a biting, grotesque nightmare of the underside of Hollywood–what happens to the foolish who come west expecting fame and fortune.  At a gala premiere, his have-nots erupt in one of the most frightening riot scenes ever written.  The birthplace of Homer Simpson. 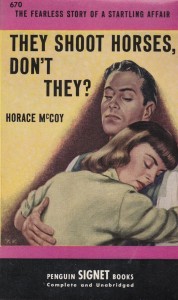 Depression L.A. was at once the capital of glamor and the last hope for tens of thousands of Dust Bowl refugees seeking work.  Like West, Horace McCoy finds the new arrivals terrifyingly naive.  His portrayal of the young and desperate culminates in a life-or-death dance marathon on Santa Monica pier–literally the end of America.

Evelyn Waugh’s satire of American burial customs may be less savage than West or McCoy, but–as only an ex-pat Brit can–he takes catty glee in showing us a culture that’s lost any sense of the sacred.  Who wouldn’t want their final resting place prepared by Mr. Joyboy?

Stewart O’Nan’s award-winning fiction includes Snow Angels, A Prayer for the Dying, Last Night at the Lobster, and Emily, Alone. Granta named him one of America’s Best Young Novelists. His latest novel, West of Sunset, was published earlier this week.