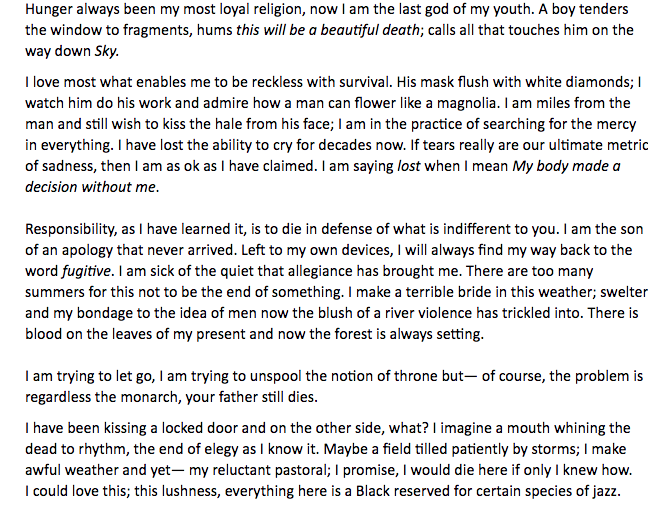 Julian Randall is a Living Queer Black poet from Chicago. He has received fellowships from Callaloo, BOAAT, & the Watering Hole, & was the 2015 National College Slam (CUPSI) Best Poet. He is the recipient of a Pushcart Prize. Julian is the curator of Winter Tangerine Review’s Lineage of Mirrors. His work has appeared or is forthcoming in publications such as New York Times Magazine, Poetry Magazine, The Georgia Review, Sixth Finch, & in the anthologies Portrait in Blues, Nepantla, & New Poetry from the Midwest. He received an MFA in Poetry from Ole Miss. His first book, Refuse, is the winner of the 2017 Cave Canem Poetry prize selected by Vievee Frances & was named a finalist for the NAACP Image Award in Poetry.