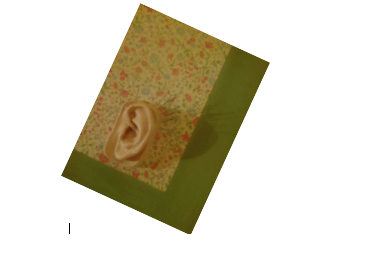 THE BEST GREEK GOD
IS US

a few seconds ago I was watching a video
in which the head of a person. crossing a street was cut
off from the frame to make the viewer  wonder. whether it was a man or a woman or a
human – either way I thought – well, isn’t that interesting! Right before noticing that. the
fingers of that person. clutched the rim of the sleeves just like I do and that. the trousers
were familiar. and maybe also the jacket – but the thighs were too thick, aren’t they? So
now I am unable to stop thinking of my ass, how it’s shaking. in that video almost like a
woman’s ass, sorry for the gender bias spreading in my parlance, and probably too fat. for
my own good? Oh dear it feels wrong this whole thing of watching. myself from behind,
flummoxing, indeed – like a corpse or a pet and the saddest thing is. the fact that with my
head they cut the bald spot away. hence it must look even worse, alas!, ay, the whole set.
with my head and my shoes wearing off – from knowing too much of myself and how
genitals work and. how the camera places all kinds of compassion amidst the eyes of us
people. Although how do I know they haven’t registered someone else, someone even
wronger, like Tiresias who comes singing from many miles afar. and teaches for a dime that
“the weak have to stay”, that “we all come from Europe”.

Fernando P. Fernandez (Extremadura, Spain, 1984) graduated in Philosophy at UAM (Madrid) and drop off a few other degrees. Eventually, he enrolled at a Literary Theory PhD program, which he also quit in order to work as a bookseller, editorial assistant and translator at several independent houses. Last February, he published his first fictional administrative poetry book, Cargas familiares (La Isla de Siltola, 2015). Other texts of his have appeared at huesoloco, notthisbody.com, Rima interna, El Pez Globo, and underground fanzines. Taking a rest from his mother tongue, he now writes in English.

For Two Weeks I have been in this Palace. Nothing has Happened
Bijan Elahi