“Last night I dreamt I went to Manderley again.”

Consider the structure of the opening sentence of Daphne du Maurier’s novel Rebecca.  The sentence is striking in terms of prosody (rhythm,stress, intonation). It is an Alexandrine: a line of poetic meter made up of twelve syllables, and an iambic hexameter, a line of six measures (iambs), each measure consisting of two syllables, an unstressed syllable followed by a stressed syllable. When we speak of iambic hexameters, we usually refer to poetry. But this is a sentence from a novel, and an excellent reminder that while we tend to make sharp divisions between prose and poetry, it is all language. And language is fluid, and beautiful. Prose can be poetic, poetry can be prosaic. 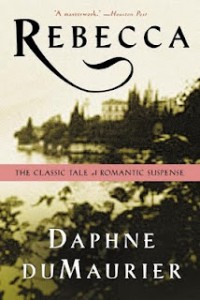 Another delight is that “Manderley” sounds like Mandalay, the ancient city that was the last royal capital of Burma before the country was annexed to the British Empire. “Mandalay” is also the title of a well-known poem by Rudyard Kipling.

Here are some lines:

During those years the terrain between Rangoon and Mandalay was covered with tangled, steamy tropical jungle and so British troops were transported between the two cities along the Irrawaddy River by paddle steamers operated by the Irrawaddy Flotilla Company. The “road” to Mandalay ran through water, hence the flying fishes.

Just as Kipling’s British soldier is going back to Mandalay, du Maurier’s narrator dreams she returns to Manderley, as the last word in the sentence again indicates.  The soldier, accustomed to the damp army barracks in gray and soggy Britain, is captivated by his whimsical experience of Burma: the mist over the rice fields, the pagodas, the large Buddha idols, the river that is a road, elephants domesticated to haul lumber, and the graceful Burmese damsels. The wind, the palm trees and the temple bells are, of course, not calling him back to Mandalay — he is projecting his feelings on them. What draws du Maurier’s heroine back to Manderley? What desires does she project?

The novel’s narrator, a plain young lady who remains unnamed, is the penurious companion of a rich snobbish woman. An older aristocratic English widower, Maxim de Winter, marries the narrator following a whirlwind courtship and Manderley, his country estate in England, becomes her new home. Her road to Manderley is as shaky as water; her abrupt rise from a paid servitor to mistress of the manor brings a bundle of devilish challenges along with it. This novel is a study of power in its various forms, how people exercise it to control others, how all power is not equal, and about balance of power.  Rebecca, the first Mrs. de Winter, is dead but her presence haunts each alcove, room and corridor in Manderley. Power can be wielded from beyond the grave. We see and feel Rebecca through the conversations of people who knew her and through the imagination of the narrator, the second Mrs. de Winter. Her husband grows distant, his personality alters, and the narrator is convinced he regrets his rash marriage to her, and that he still is in love with Rebecca. Eventually, the narrator and her husband understand each other but they lose Manderley to fire and live in a hotel in another country.

The narrator wants us to believe that they are content with their new situation;  they have a humdrum routine: reading, following cricket test matches and other sports, and enjoying their modest afternoon tea even if it is a pallid reflection of the grand teas at Manderley.   Although they have their moments of depression, they would not have it otherwise. The narrator states: “Happiness is not a possession to be prized, it is a quality of thought, a state of mind.” She says they keep no secrets from each other. Yet she is ready to hide this from her husband:  “I would not tell my dream. For Manderley was ours no longer. Manderley was no more.”

There are two dream visits to Manderley. In the final chapter, as the de Winters drive back from London to Manderley, the narrator falls asleep in the car and dreams of a darkened Manderley, its garden overgrown with nettles ten to twenty feet high. A premonition? When they reach Manderley, it is ablaze. Rewind to the first chapter: the narrator dreams she goes to Manderley again. This time the dream is described in vivid detail: images of a Manderley gone to seed interspersed with those of Manderley in its grandeur. Life in the mansion had its tensions, but reading between her lines, one senses her yearning for it (“the strange prick of tears behind my eyes”). She puts on a brave front but her dream betrays her; she will not share it with her husband, nor will she return to Manderley, but she will indulge in the dream nonetheless.

Vishwas R. Gaitonde‘s work has appeared in Bellevue Literary Review, Mid-American Review, The MacGuffin, Fifth Wednesday Journal and Verbatim: The Language Quarterly, among other publications. He was recently awarded a writing residency by the Anderson Center. He spent his formative years in India and currently lives in southern California.