Here are three sentences that do their jobs to perfection for me. 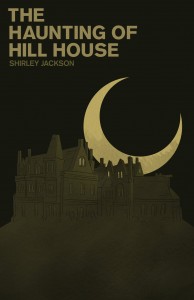 The first, and least surprising given my preoccupation with the novelist Shirley Jackson, is a line from The Haunting of Hill House that captures precisely her expertise in walking the knife-edge between over- and perfectly wrought, the well-known opening to the book:

“No live organism can continue for long to exist sanely under conditions of absolute reality; even larks and katydids are supposed, by some, to dream.”

There’s so much buried in this sentence—the implication that such a thing as “absolute reality” can exist and is uniquely different from regular reality is wonderful to me, as is the equally buried notion that larks and katydids exist in that reality and must, perforce, be insane. And so, if that is the case, must we all be. I like the way Jackson teeters here without falling into hyperbole; the initial tension establishes a mood that places us on an uncomfortable verge and keeps us there for the entire novel.

And then, one of the most straightforward captures of human complexity I know, from Tolstoy’s The Death of Ivan Ilyich:

“Apart from the considerations prompted by this death—the changes of post and possible permutations at work that were its probable consequences—the fact of a near acquaintance dying evoked in everyone who heard about it the happy feeling that he is dead, not I.”

Tolstoy’s honesty here contains both compassion and humor—the structure of the sentence is lovely, opening on the slant and ending with a blunt truth. Just about half the sentences in the novella are equally perfect, but I’ve always loved this one for the way it manages to be both sarcastic and understanding at the same time. (Pretty much every sentence in Edith Wharton’s House of Mirth does the same job; it would be equally difficult to cull a single sentence from that book.) 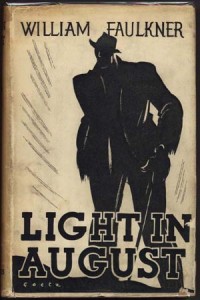 And the last sentence I think about all the time is the most difficult for me.

It’s from Faulkner’s Light in August, and if I live to be 100, I will still not understand it. Five words strung together. I’ve been thinking about them for two decades, and every time I believe I’ve figured them out, they shift in meaning. For me, this is the best, most mysterious, most marvelous sentence I’ve yet read

Susan Scarf Merrell is Associate Editor of The Southampton Review and Assistant Professor in the MFA in Creative Writing & Literature at Stony Brook Southampton. She is the author of the novel A Member of the Family and the nonfiction book The Accidental Bond: How Sibling Connections Influence Adult Relationships. Her short stories and essays have been published in the literary reviews Tin House, The Southampton Review, and The New Haven Review.