“Not liking to think of him so, and wondering if they had guessed at dinner why he suddenly became irritable when they talked about fame and books lasting, wondering if the children were laughing at that, she twitched the stocking out, and all the fine gravings came drawn with steel instruments about her lips and forehead, and she grew still like a tree which has been tossing and quivering and now, when the breeze falls, settles, leaf by leaf, into quiet.”—Virginia Woolf, To the Lighthouse 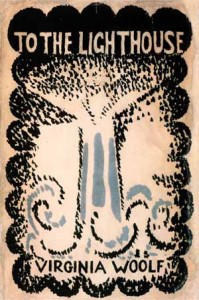 Virginia Woolf says in her diary that writing is about putting words on the backs of rhythms. The sentence above is that idea in action. There are three dependent clauses before the subject shows up; after the subject clause, the clause that some would call the fundament, three subsequent clauses appear, further modifying the subject. The three dependent clauses are all mental activities: “Not liking,” “and wondering,” “wondering.” The latter three clauses are all physically grounded: “the fine gravings came drawn…about her lips,” “she grew still,” “and now…settles.” The first three clauses are organized as participles: “liking,” “wondering,” and “wondering.” The last three clauses are organized by that workhorse conjunction “and”: “and all,” “and she grew,” “and now.” Which is to say that on either side of the fundament, the sentence is as organized as it is intricate.

Rick Barot is the author of The Darker Fall, which won the Kathryn A. Morton Prize in Poetry. His second collection, Want, was a finalist for the Lambda Literary Awards and won the 2009 Grub Street Book Prize. His poems and essays have appeared in numerous publications, including Tin House (#48), Poetry, and The Virginia Quarterly Review. He lives in Tacoma, Washington, and teaches both in the Program for Writers at Warren Wilson College and at Pacific Lutheran University.