“Who raped that dead woman?”
—Salman Rushdie, Shalimar the Clown 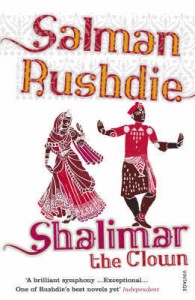 It’s a matter of context, and I think with the possible exception of the death of Mrs. Ramsay in To the Lighthouse, and with the definite but rather more comical exception of Humbert’s mother in Lolita “(picnic, lighting)”, it’s the most efficiently, the most brutally, that a character has ever been killed off.

It’s painful enough, it’s wrenching enough, just in that pounding rhythm that so horrifyingly mimics the unrelenting rhythms of rape. And then, in the midst of that barrage, here comes one additional word. Oh, she’s dead. Linguistically, it’s a throw-away – and that affected casualness tells us volumes about how much notice was paid to her death, about how much her attackers cared. Yet there’s a distance there where the narrative voice clearly cares deeply. On the one hand, it’s a heartless litany; at the same exact time, it’s the voice of Job, crying into the heavens.

And all in five words!

Somebody give the man the Nobel, already.

Rebecca Makkai is a Chicago-based writer whose first novel, The Borrower, is a Booklist Top Ten Debut, an Indie Next pick, an O Magazine selection, and one of Chicago Magazine’s choices for best fiction of 2011. Her short fiction has been chosen for The Best American Short Stories for four consecutive years (2008, 2009, 2010 and 2011), and appears regularly in journals like Tin House, Ploughshares, New England Review and Shenandoah.