“Mrs. Dalloway said she would buy the flowers herself…” 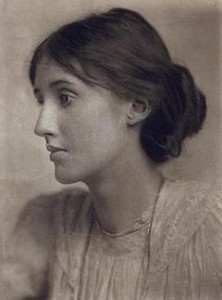 It’s not much in terms of complication. It’s a simple voice; the prose is clean and orderly. But the richness of the novel is concealed in the sentence. Woolf will move fluidly through time, within time, around time — move between the world of madness and the world of contemporary London — and it’s all forecast right there, in the simplest of gestures, in the promise of a woman taking a trip to the store. Just a recognizable person — and you want to find out what happens next. It’s a first sentence that, when you reach the end of the novel, you marvel at even more. It makes you want to start reading again.

Pauls Toutonghi’s second novel, Evel Knievel Days, will be published by Random House in Summer 2012. His first, Red Weather, was published in 2006. His work has appeared in Harper’s, The New York Times, Sports Illustrated, Zoetrope: All-Story, One Story Magazine, and numerous other periodicals. He teaches at Lewis and Clark College.