The caterwauling bug song will abate as you do this.
—Padgett Powell

What I like to do is imagine this line as incantatory and spoken in unison by a big, tired group who says it out of habit and in response to a preacher’s call, as many of us have done with: “We will with God’s help.”

PREACHER: I denounce the speed and violence of this mad life

PREACHER: I condemn the materialism and excess of the age

And so on and so forth, ad infinitum.

If you do not feel strongly that the above line is one of the best ever written, then we shall have to agree to disagree, for I knew it to be so as soon as I read it on pg. 66 of Powell’s 2012 offering, You & Me. The line occurs as the two titular gentlemen discuss a vision one of them has had. In the vision, he is drinking tepid water from an aluminum tumbler when he sees a water moccasin and hears “the noise of cicadas or some other leg-sawing racket-specializing insects in pine trees.” There is talk of resonance, physical and otherwise, and talk too of what is germane to what. (This very paragraph that you are reading, for instance, is germane to whatever you have going on personally that is pulling you away from this very paragraph. Trust me.) 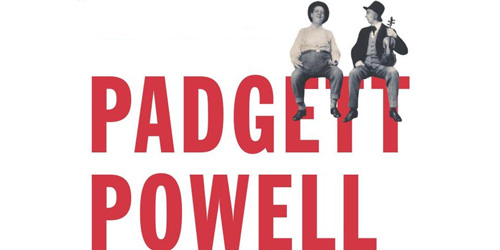 At any rate, the two speculate as to the possibility of the visioned one putting the aluminum tumbler on his hand for protection against snake bite, in order to reach out . . .

. . . and stroke him under the chin if he assents.

The caterwauling bug song will abate as you do this.

I will momentarily not hear it. The sound will be there but I

will have pushed the “attenuate” button. I have seen one of these on a

fancy car radio. My mind will be with the mind of the moccasin.

You will forget the bad tangy water and the stupid metal cup and the bug song.

I will be somewhere else.

I go somewhere else when I read such writing as this, and it is a place in touch with visions and dreams and rhythmic call-and-response sounds in my blood, sounds that resemble music, sounds that were there before I was. Sounds that can travel from roughly my navel/penile region up my vertebrae to a place in my head which knows the possibility that everything is germane to everything else. Snakes certainly are. The pistils of flowering plants. Bugs. Don’t kid yourself about the cicadas and the autumnal color-eruption and subsequent death of the leaves. You might be city, but the bug song does not abate. There is no attenuate button. Not until each of is submerged in a black hydraulic chamber sealed to absolute silence. And what happens in there? 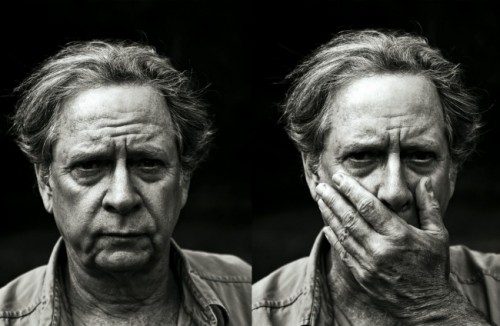 I write my own best sentences when I read lines like Powell’s and then get the coffee on and sit down to go somewhere else, and I believe there are other writers and artists of most any kind who would claim the same. It may seem odd that I teach fiction writing in a graduate program, now that I’ve allowed here—at least in part—the non-scholarly way I envision both the making of and the enjoyment of good sentences. But Powell allows me to do this—to be this writer/teacher, to live with a seeming contradiction in my life––because he teaches fiction in a graduate program too. And though I’ve never met him or spoken to him or seen his eyes other than in a photograph, I like the cut of his jib when it comes to the talking about or the teaching of writing. He has said the following:

[T]he last thing I want to hear, ever, and a thing for which I will dismiss a petitioner outright who seeks study anywhere near me, is the phrase “hone my craft.” I would rather hear “spank my monkey.”

Powell has a new book out with Catapult. It’s full of sentences that can lead another writer to pen a piece on the art of the sentence, or to put on another pot of coffee and sit down at the desk, or to speak to a room of students in a language that is honest about language. Here is one of my favorites:

Richard Leech labored under the appellation Dick Leech, which did not make his life any happier.

Glenn Taylor is the author of the novels A Hanging at Cinder Bottom (Tin House 2015), The Marrowbone Marble Company, and The Ballad of Trenchmouth Taggart.  The Ballad of Trenchmouth Taggart was a finalist for the National Book Critics Circle Award. He was born and raised in Huntington, West Virginia, and he now lives with his wife and three sons in Morgantown, where he teaches at West Virginia University.