This bangs around in my head without provocation 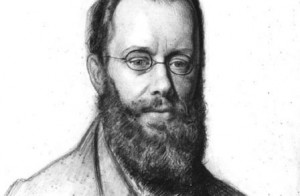 , a nonsense animal chomping on its own tail with relentless rhythm and unsubtle craziness. It’s the first line of Edward Lear’s doggerel poem, “The Akond of SWAT,” and it’s also a full sentence, without the line breaks of the remaining twenty-two stanzas. The heavy beat on the last word (fully capitalized should you miss the emphasis), hits like a cymbal crash. I’d like to have heard The Shaggs play this sentence.

“The Akond of SWAT” came into my consciousness about the time I was first reading on my own, and the delight in saying the sentence aloud and feeling  the speed and promise as the words gathered, alliterating each first “W,” until the slam-bang of the nonsense words at the conclusion, started a hunger for delicious language that’s still gnawing away. I still don’t know who, or why, or which, or what, is the Akond of SWAT, but it’s tasty to ask.

Jessica Handler is the author of the memoir Invisible Sisters. Her work has appeared in More Magazine, Southern Arts Journal, Ars Medica, as well as the current issue of Tin House. A teacher of creative writing, she lives in Atlanta, Georgia.