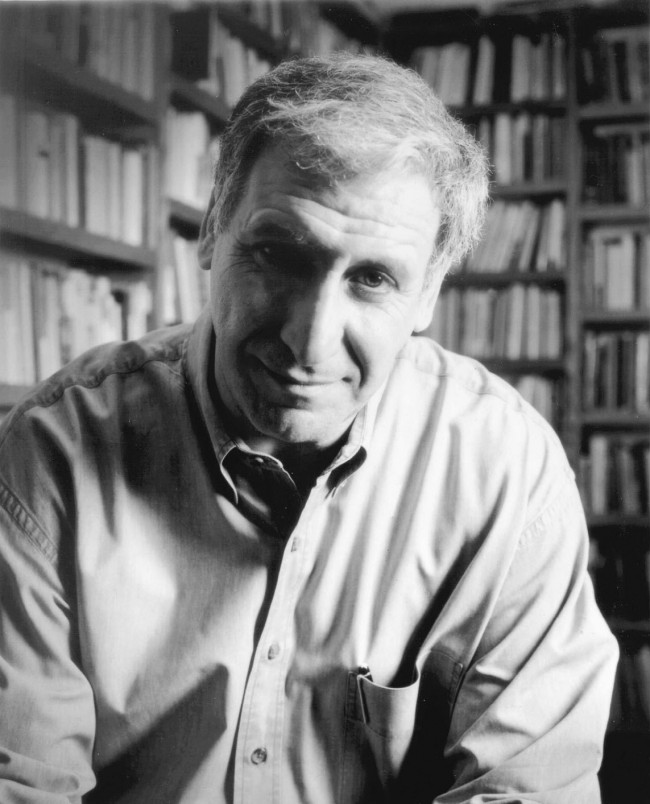 “These were the strokes we praised, weren’t they,/ the butterfly and the crawl, the lullabies/ we crooned on the first warm day of summer/ in honor of the non-swimmers Crane and Berryman,/ in honor of Orpheus, whose butchered head/ is forever singing above the choppy waves.” —Edward Hirsch, “The Swimmers” (Special Orders, 2008) 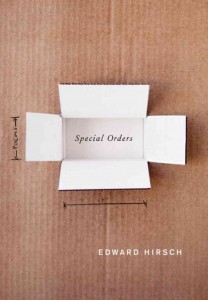 A poem praising suicide may not seem to make for a very good love letter. But my favorite one does. The closing lines of Edward Hirsch’s poem “The Swimmers”—an ode to his self-destructive predecessors, romantics all in their way—make use of intoxicating meter and language to remind us how to live. In describing an early-summer afternoon spent throat-deep in a river, discussing the great poets, “The Swimmers” celebrates the sensuality of water, verse, and life in a way that I find powerfully seductive, especially as it crescendos in these final lines. That’s why it works as a billet-doux. Consider it an invitation to go skinny-dipping.

Hirsch’s poem seduced me on a dark winter night. I was a college student, working late as a writing tutor in a nineteenth-century academic building known to be haunted (just google “Payne Hall AND ghost”). The English students’ lounge had a useless, dusty desktop computer and a bookshelf stacked with random old issues of literary journals. Nobody came in for essay triage, so I leafed through Poetry and found “The Swimmers.” I tore it out (sorry!). It’s the first poem I’ve ever memorized with no conscious effort—a testament to its lyricism. I tacked it up in the sad gray cubicle of my first job; I e-mailed it to my first serious post-college boyfriend. It still has a rhapsodic effect on me.

The thing that makes this sentence so powerful and so memorable is its shift in meter—that is, it has a definite meter. The beginning of the poem, like many others by Hirsch and his fellow contemporary poets, is written in unrhymed free verse. But this final sentence starkly changes the tone by employing a clear, if not strict, syllabic pattern. The concept of metered poetry might bring Shakespeare’s iambic pentameter to mind, along with vague recollections of vocab words like anapest, but Hirsch’s use of meter here is subtle and modern. And, more importantly, he’s using it for a good and practical reason.

The meter of this closing sentence brings to life the scene Hirsch has set. Its rhythm mimics that of the arm-over-arm strokes alluded to earlier in the poem; we’re enveloped by the sound and sensation of swimming. In effect, we’ve been dunked into the bathwater-warm river with Hirsch and his companion. To achieve this marvel of acoustics on the page, Hirsch relies on heavily accented verse, especially the foot of meter called a dactyl, consisting of one accented syllable followed by two slack syllables, with which he introduces the shift: “THESE were the” (DUM da da). The rest of that line consists of accented syllables followed by slack ones: “THESE were the STROKES we PRAISED, weren’t they….” Read the rest of the sentence aloud and you’ll hear the degree to which Hirsch leans on accented beats to create the effect of stroke after stroke, arm over arm, slicing the water. To compound that effect and give it extra weight, he repeats similar sounds on the accented beats. The rhyming pair of “butterfly” and “lullaby” sets off a chain of explosive hard-cr sounds—“crawl,” “crooned,” “Crane”—as well as the echoing hard-ch of “butchered” and “choppy” in the final two lines. The strong sense of repetition, both from meter and its not-quite-rhyming internal scheme, builds satisfying momentum.

Beyond meter and sound, there’s the fact that Hirsch is posing a question. He seems to be remembering a long-ago event in a new light and asking his friend for affirmation. (Hirsch dedicated this poem to a fellow poet, Gerald Stern, which seems to hammer home the similarities between the work of swimming and the work of composing poetry.) “These were the strokes we praised, weren’t they”? In other words: That’s what we were really doing, isn’t it? It’s actually quite a simple sentence: “These,” subject; “were,” linking verb; “strokes,” predicate nominative, renaming “these.” The rest of the sentence takes off, modifying and clarifying “strokes” in apposition. Which strokes? With that word, Hirsch encapsulates river-swimming, the pen strokes that translate words onto paper, and the death strokes that tolled the ends of these great poets’ lives. On one hand, the strokes are literally “the butterfly and the crawl”; on a lyrical, metaphorical level, they are “lullabies,” songs sung to soothe the weary. Looking back, Hirsch sees their swimming as an homage, their “butterfly” and “crawl” as “lullabies” “crooned” in remembrance of the great poets who gave up on buoyancy.

The next phrase tells us when: on this “first warm day of summer,” Hirsch and his companion are as alive as can be, talking brashly of suicide in the lukewarm embrace of a force that could easily drown them. The possibility that they might one day feel suicidal hasn’t yet occurred to them. All they can see is beauty—of their idols’ verses, of the silt-green river, and of their own freedom in it.

Finally, Hirsch adds information, set off in adverbial prepositional phrases, that answers why: “in honor of” three of his predecessors. First, there’s Hart Crane, the Ohio-born poet who moved to New York City and lived in Brooklyn Heights, overlooking the East River, where he struggled with depression and composed his most famous work, the epic poem “The Bridge,” in plain sight of the Brooklyn Bridge; Crane, in his early thirties, and having just received a Guggenheim fellowship, jumped overboard from a steamship in the Gulf of Mexico in 1932 and was declared lost at sea. John Berryman, the confessional poet and long-suffering alcoholic, met a similar tragic fate: after achieving critical success with The Dream Songs, he threw himself from Minneapolis’ Washington Avenue Bridge into the Mississippi River in 1972. And, well, we all know what happened to Orpheus. Well-known from Greek mythology as a poet and musician, he attempted to retrieve his wife, Eurydice, from the underworld by swaying Hades and Persephone with his beautiful songs, but lost her forever when he turned back to look at her against the god’s instructions. His own death varies from one account to another, but his head and lyre were said to have floated down the Hebros River to Lesbos, singing mournful songs all the way. Notice how Hirsch’s use of “butchered” recalls the “strokes” earlier in the sentence.

Let’s go back to that word “non-swimmers.” Hirsch does not refer to them as “the dead” or “the great poets”; instead, he describes them in a way that furthers his metaphor equating writing poetry and living and swimming. The word gives them agency, as if they simply, rationally, chose the opposite of a terrible thing: instead of saying they drowned, he’s saying they chose not to swim; instead of saying they died, he’s saying they chose not to live. But it also implies that they may not have been capable of swimming. When used in this sense, Webster’s defines the prefix “non-“ as “lacking the usual especially positive characteristics of the thing specified”—swimming being that positive thing. It’s a word choice that is funny and poignant at the same time. And it sets these men in direct opposition to the poet and his companion, who revel in their time in the water and swim for the joy of it, their minds far from any struggle.

Sometimes, as I myself have seen, poetry keeps you from going over the edge when work gets tedious, or worse. I think that’s part of what Hirsch is getting at here. Poetry drives some to suicide; for others, it’s the only thing holding them back from the abyss. The line between life and death is as razor-thin as the surface of a slow-moving river. Swimming, writing, loving: we do these things to keep our heads above water. Looking back on this particular afternoon swim, Hirsch sees the two extremes clearly. In mourning his forefathers, he celebrates the rhythms of work and love and friendship and daily life that keep him (and us) afloat.

Elyse Moody writes and edits at ELLE. She tweets here and posts new stories here. Her work has appeared in The Hairpin, Creative Nonfiction, The Daily Beast, BBC Travel, Refinery29, and Publishers Weekly, among others.