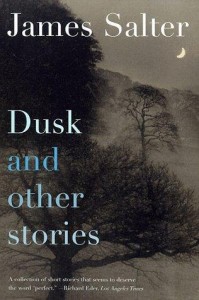 James Salter reports this in the first line to his story “Foreign Shores,” which John Updike included in Best American Short Stories 1984. Have ever shoes been more eloquent since Hemingway’s unworn baby pair? One can almost see the neatness with which these shoes are placed nightly, one beside the other. “The Art of the Sentence” seems to beg for those garrulous, barreling stunners—concatenations of clauses, phrases with their pendant objects delicately balanced as a Calder mobile—but what worlds a single careful image will conjure! Gone is the staid nanny, prim figure of order, and with her an entire era in the life of the household. Her successors, we learn in the story’s final section, each prove unsuited in their own way. Ways in which Mrs. Pence, for everything her starchiness refused, probably never was. After all, there are several of them, named and unnamed; there was only ever one Mrs. Pence. By the end, her reasons for leaving may be intuited. The departure—the death knell for a certain stability—paves the way for her employer Gloria’s final desolation, a world in which “nothing, almost nothing, made sense anymore.” The story proceeds with stately inevitability from this simple observation toward the revelation for us as readers of what Updike called “Gloria’s failures of the heart.”

Edward Gauvin, writer and translator, has received fellowships and residencies from the Center National du Livre, Ledig House, the Banff Centre, and the American Literary Translators Association. His work has appeared in Subtropics, the Southern Review, and issue 47 & 50 of Tin House.