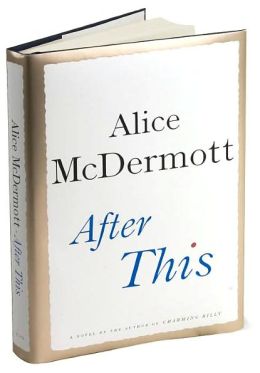 “Pauline had a large face, a strong jaw, and blue eyes forever darting, gesturing, scanning the room, scanning the faces and the backs of passersby –  salesmen, bosses, other girls from the secretarial pool –  taking everything in with one set of eyes, avid and hungry, and then turning another set, triumphant, well satisfied, to Mary, leaning over her typewriter to report what she’d seen, a bit of gossip, a bit of outrage, a bit of indecorous truth (did you see the shine on his coat, the bad toupee, the yellowed tooth, the pimple, the belly she’s getting?), all of it the same to Pauline, all delightful to savor, all evidence to be used.” -Alice McDermott, After This

Facial description continues to challenge even the most accomplished writers, and when the writer wants the description to give the reader insight into deep character, the task can become daunting. Alice McDermott never fails to rise to the occasion. Her description of her main character’s office co-worker in After This begins benignly enough with the commonplace details that are the stock-in-trade of many MFA fiction students. For “large face” substitute “round face,” “oval face,” “small face,” “flat face,” and for “strong jaw” substitute “square jaw” or “weak jaw,” and you can see how easily this sort of description begins to fall into the abyss of cliché. Add the color of the eyes to push the sentence over the cliff. Yet no such fate awaits McDermott’s deceptively simple and straightforward rendering of Pauline’s physiognomy. Those blue eyes provide the departure for a description that takes my breath away every time I read it. 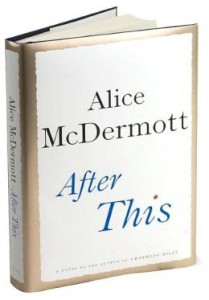 With a series of present participial adjectives, McDermott animates her character and her sentence, allowing the reader to witness exactly what Mary, her main character, has witnessed day after day in the office pool. We see those eyes dart and gesture, and then they begin “scanning the room, scanning the faces and backs of passersby,” and all of us can picture exactly such a person in our readers’ minds’ eyes. Those em dashes set off a triple appositive for “passersby.” No need for the reader to supply a singe detail here, to wonder who these folks might be. McDermott then, in a masterful stroke of parallel construction, continues those participial descriptors and allows us to understand that Pauline’s complexity encompasses seemingly opposite emotions, opposite needs. She is both “avid and hungry” and “triumphant, well satisfied.” The Oxford English Dictionary (OED) tells us “avid” comes from the Latin avidus, meaning “to long for, crave,” and it gives a single definition for the word: “ardently desirous, extremely eager, greedy.” Of the three examples the dictionary gives of the word in use, the last is from an 1866 translation of Ovid’s Metamorphosis: “Or dragon avid for his prey.” Pauline is indeed a dragon greedy to find a meal, to feast on bits of other people’s lives, and when she does, she becomes triumphant. Thus McDermott, keeping her writer’s attention focused on Pauline’s face, on her eyes, lets us know exactly what excites this woman, exactly what pleasures she can encounter without leaving the office pool.

Now with her eyes fixed on Mary and “leaning over her typewriter,” Pauline reports what she has seen. McDermott gives the adverbial, transitive infinitive “to report” a triple object, and here she uses repetition as a means of conveying both the habitual nature of Pauline’s behavior as well as its pettiness. That third object, that “bit of indecorous truth,” lets McDermott provide the reader with the specifics, the concrete images, that instantly establish verisimilitude.  In that parenthetical aside, I hear Pauline, and I see each of those items McDermott has so carefully chosen. Pauline’s delight in the coat with the shine, the toupee, the tooth and pimple and increase in belly fat pulls me right into the scene with instant recognition. Don’t we readers all know someone just like this, someone who finds satisfaction in others’ foibles and blemishes? In her stunning conclusion to the sentence, McDermott again uses repetition. Rhythm moves writing forward, speeds it along, and here we again get a sense of Pauline’s habitual behavior. All this reporting, all this scanning of faces and bodies gives her a reward in the present and an expectation of reward in the future when she will have the material she needs “to be used.”  But that phrase “delightful to savor” brings the sentence to its logical end. Among the definitions for “to savor” the OED lists, one stands out: in modern use, “to taste with relish . . . fig., to give oneself to the enjoyment or appreciation of.” That greed behind those “avid and hungry” eyes finds its fulfillment at last. Yet Pauline’s satisfaction pales in comparison to my own savoring of this treat, this sentence that achieves what a lesser writer could only accomplish with many.

Edward Perlman is the publisher and senior editor of Entasis Press, an independent literary press publishing poetry, fiction, and creative nonfiction. His poetry, essays, and reviews have appeared in numerous journals, and he received an artist fellowship grant from The Washington DC Commission on the Arts and Humanities and the NEA. He teaches in the M.A. in Writing program at Johns Hopkins University.