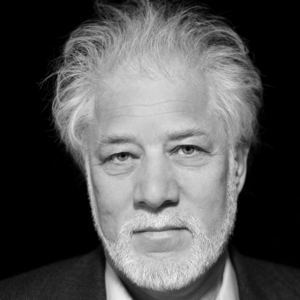 It’s September and everyone in Paris is diving into la rentrée littéraire; much more than just a catchy, catch-all phrase, it is a way of life that roughly translates as “a specific time in very late summer when all of France comes back after summer vacation to present, celebrate and otherwise promote newly published books in publishing houses large and small—and above all to honor literature.”

There is a lot to celebrate because this week marks the inaugural Festival des Écrivains du Monde, presented by Columbia University and the Bibliothèque nationale de France. In Paris from September 20 – 22 and then in Lyon for the 24th and 25th, the Festival brings together more than 25 world-renowned writers for readings, conversations and panels.

Extraordinary novelist, poet and essayist Michael Ondaatje will take part in this week’s Festival, discussing fiction and poetry and the crossovers between the two at the BnF and participating in a poetry reading at the Maison de la Poésie. Last week, he kindly took time to answer questions via email about the roles of being both a novelist and poet, the idea of merging genres and the importance of space.

Heather Hartley: Charles Baudelaire said, “Always be a poet, even in prose.” How does poetry dovetail with your prose?

Michael Ondaatje: A great remark, I did not know it. But I think, yes. When I began to write prose, having been a poet for a number of years, I tried to take what I could into the world of fiction. To be taut in the language, to be suggestive, to leave some space for the reader to participate and bring something to the work as well. The craft of editing was essential for this. But at the same time it is almost a completely different language and spatial situation.

HH: Do you find the roles of poet and novelist to be dual roles, or rather dueling? Do you take them on simultaneously or sequentially?

MO: When I began to write prose I was also writing poetry, but after a year or two I had to choose one or the other. I could not do both. I had to focus on one form or the other. So it is sequential.

HH: From Sri Lanka to England to Canada and with all your travels, there is a strong nomadic element in your life.  Would it be possible to say the same about your writing, moving from one genre to the other, for example combining memoir and autobiography with fictional characters in The Cat’s Table?

MO: I love the writers who have a range  — who move from prose to essay to poetry to non-fiction, or whatever else there is on the horizon. Lawrence, Berger. Carver. I suppose it is a nomadic quality. Berger and Lawrence are also travelers in reality. I guess it is the altering perspective I like, the altering voice, the merging of memoir and fact and fiction.

HH: What are the ingredients of a good story for you?

MO: I wish I knew. I suppose I love entering another universe and being there for a period of time, caught in the point of view of a narrator.

Michael Ondaatje has published well-regarded poetry collections, including The Collected Works of Billy the Kid and several critically-lauded novels including, The English Patient which was cowinner of the Booker Prize in 1992 and was adapted into an Academy-Award-winning film.

Bryan Hurt on the Life of a Writer: Investment Banking, What Imaginary People Feel, and How Not to Teach Creative Writing