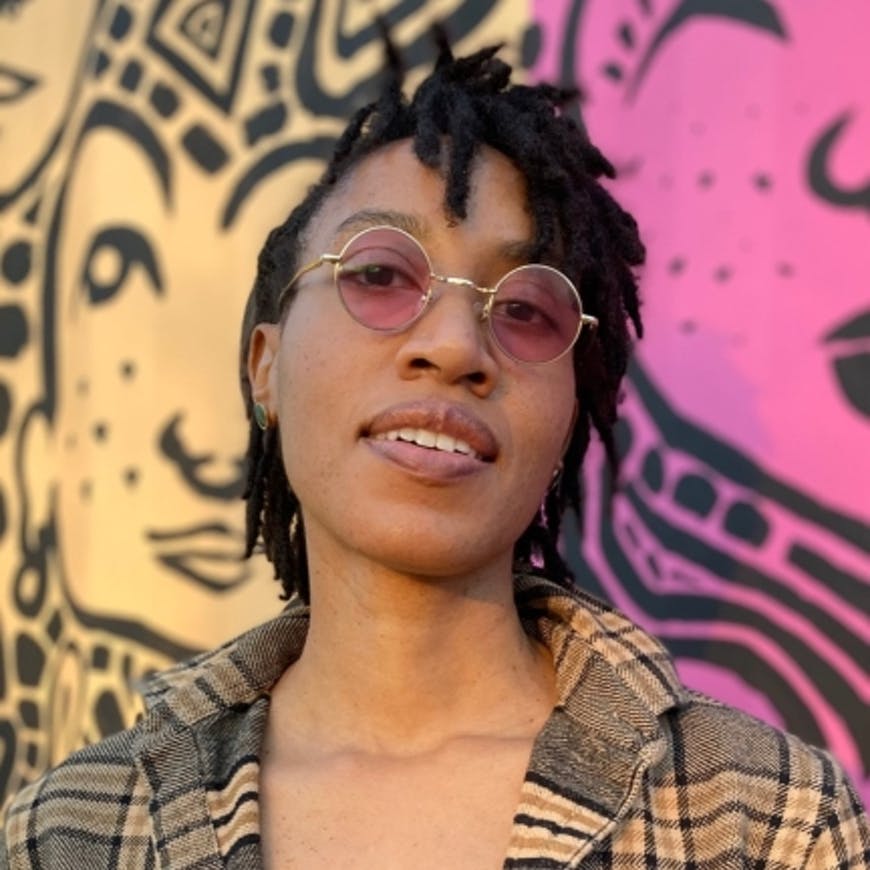 Venita Blackburn‘s work has appeared in newyorker.com, Harper’s, Story, McSweeney’s, Apogee, Split Lip Magazine, the Iowa Review, DIAGRAM, Foglifter, Electric Literature, the Virginia Quarterly Review, the Paris Review, and others. She was awarded a Bread Loaf Fellowship in 2014 and several Pushcart prize nominations. She received the Prairie Schooner book prize for fiction, which resulted in the publication of her collected stories, Black Jesus and Other Superheroes, in 2017. In 2018 she earned a place as a finalist for the PEN/Bingham award for debut fiction, finalist for the NYPL Young Lions award and recipient of the PEN America Los Angeles literary prize in fiction. Her next collection of stories, HOW TO WRESTLE A GIRL, was published in the fall of 2021 by MCD books.  She is the founder and president of Live, Write (livewriteworkshop.com), an organization devoted to offering free creative writing workshops for communities of color. Her home town is Compton, California, and she is an Assistant Professor of creative writing at California State University, Fresno.