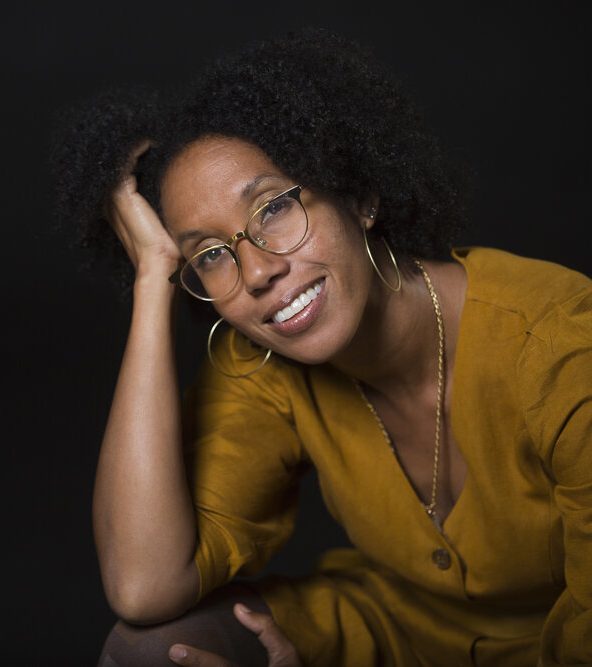 Tiphanie Yanique is that rare writer who has received critical acclaim and awards in three literary genres: poetry, the novel, and short stories.  She is also an outspoken activist on behalf of the Caribbean Diaspora, having appeared on Democracy Now! With Amy Goodman, and published a passionate op-ed in The New York Times on the US response to hurricanes in the Caribbean.

Her second novel, Monster in the Middle, will be published by Riverhead Books in October 2021. Her poetry collection, Wife (Peepal Tree Press UK, 2015), won the 2016 Bocas Prize in Caribbean poetry and the 2016 Forward/Felix Dennis Prize for a First Collection. Her debut novel, Land of Love and Drowning (Riverhead Books, 2014), won the 2014 Flaherty-Dunnan First Novel Award from the Center for Fiction, the Phillis Wheatley Award for Pan-African Literature, and the American Academy of Arts and Letters Rosenthal Family Foundation Award, among other honors. Her debut collection of stories, How to Escape from a Leper Colony, (Graywolf Press, 2010)  was a 2010 National Book Foundation 5 Under 35 honoree. She has additionally been awarded the Boston Review Prize in Fiction, a Rona Jaffe Foundation Writers Award, a Pushcart Prize, a Fulbright Scholarship and an Academy of American Poet’s Prize. She has written for The New York Times, The Wall Street Journal, O Magazine, and other outlets.

She is currently an associate professor in the English Department at Wesleyan University, where she is also Director of the Creative Writing Program. Raised in the Virgin Islands, Yanique lives in New Rochelle, New York with her family.