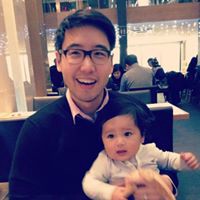 A native of Los Angeles, California, Kirby Kim got his first job in publishing working for Charlotte Sheedy Literary, at that time an affiliate of Sterling Lord Literistic. He then moved to Vigliano Associates where he gradually started representing his own projects. In 2008, he joined Endeavor which the following year merged with William Morris. He stayed at WME for five years before joining Janklow & Nesbit. Kirby represents both literary and commercial writers, adult and children’s literature. A few of the authors he works with include Craig Davidson, Karolina Waclawiak, Ted Chiang, Gina Apostol, Matt Bell, R. Zamora Linmark, Tracy O’Neill, Peter Bognanni, and Malcolm Brooks.He also represents a range of nonfiction working with leaders and journalists in the areas of science, culture, and current affairs. Kirby is currently a board member of the Asian American Writers Workshop. He lives in Arizona with his wife and two kids.