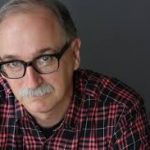 Jim Shepard is the author of seven novels, including The Book of Aron, and four story collections, including Like You’d Understand, Anyway, which was a finalist for the National Book Award and won The Story Prize.  His short fiction has appeared in, among other magazines, Harper’s, McSweeney’s, The Paris Review, The Atlantic Monthly, Esquire, Tin House, the New Yorker, Granta, Zoetrope: All Story, and Playboy, and five of his stories have been chosen for the Best American Short Stories.