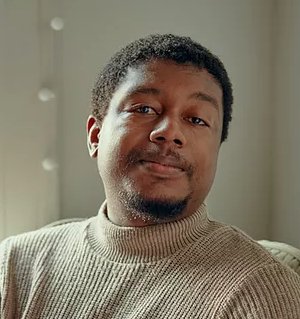 Derrick Austin is the author of Tenderness (BOA Editions, Sept 2021), winner of the 2020 Isabella Gardner Poetry Award and Golden Poppy Award nominee, and Trouble the Water (BOA Editions, 2016) selected by Mary Szybist for the A. Poulin Jr, Poetry Prize. His debut collection has been honored as a finalist for the 2017 Kate Tufts Discovery Award, the 2017 Thom Gunn Award for Gay Poetry, the 2017 Lambda Literary Award for Gay Poetry, and the 2017 Norma Faber First Book Award. A chapbook, Black Sand, is forthcoming in early 2022 from Foundlings Press.

Austin earned his bachelors in English and Creative Writing from the University of Tampa and an MFA in Poetry from the Helen Zell Writer’s Program at the University of Michigan where he was awarded a Hopwood Award in Graduate Poetry and the Helen S. and John Wagner Prize rewarding distinction in the writing of poetry at the graduate level. His poems, essays, and reviews have appeared in numerous journals and anthologies including Best American Poetry 2015, The Academy of American Poets Poem-A-Day, The Nation, American Poetry Review, New England Review, Australian Book Review, Image: A Journal of Arts and Religion, Tupelo Quarterly, and Black Nerd Problems.