It was in my second term at the Bennington Writing Seminars that I realized I had been preparing to be a ventriloquist and not a writer. About a month before the term started, I had decided to write a novel. Since I didn’t have a full-time job, it was easy for me to crank out four thousand words in the morning and burn out by noon. When I returned to snowy Vermont in January, I brought the first twenty pages of a 70,000-word draft to workshop. Much to my surprise, neither my two instructors nor my classmates could tell how hastily the story had been written—at the expense of plot and structure. But by the third or so month of work, my novel had exhausted my adviser and placed me at a crossroads. 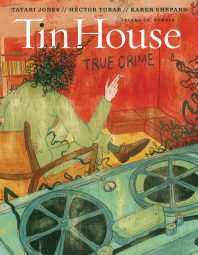 My adviser, an older, blonde-haired white woman, wrote to me that she could tell that I was not writing in my voice and that maybe I should set this novel aside to work on an entirely new project. I sat in front of my computer screen, stupefied. Immediately before Bennington, I had spent four years in an Ivy League institution where I began to believe that the most beautiful sentences were also the most elaborate. I delved into the prose of Turgenev and Dostoevsky, Mishima and Abe—yet I never submerged myself into the prose of those who were black. In short, I devoted years to the mimicry of dead men, who were so unlike myself in terms of race and gender, because I thought that that was the only path toward artistic achievement. Although I took my adviser’s suggestion and started an entirely new—and better—novel, it wasn’t until this last year that I discovered Suzanne Césaire and fully understood the harm I had done to my own nature through imitation.

Césaire was born on the island of Martinique in 1915. She subsequently studied in Paris, France, where she met her husband, Aimé, through his publication for African and West Indian black writers called L’Étudiant Noir, which became a journal for the Négritude movement. Disapproving of French colonialism, supporters of Négritude thought that the best way to resist was to create a common black African identity worldwide. In 1937, Suzanne and Aimé married and in 1939, they returned to Martinique where Aimé became a schoolteacher at the Lycée Schoelcher in the capital of Fort-de-France. That same year, they founded the literary journal Tropiques, a publication that aimed to investigate the cultural identity of black Martinicans and to resist the Vichy regime. Black Martinicans lived under oppression, such as a Eurocentric model of education and an economy that did not promote self-sustainability, due to the French satellite government’s presence on the island—but the settlement of thousands of racist European sailors in Martinique led to the birth of a new Martinican consciousness. So that the publication would not be shut down, Aimé and Suzanne had to camouflage Tropiques as merely folkloric writings, rather than calls for a cultural reclamation of a central Martinican identity. Although the journal only lasted until 1945, Tropiques is still considered to be one of the most important journals for the intersection of surrealism and Caribbean literature.

The fifth issue of Tropiques, published in April 1942, includes one of Césaire’s most masterful essays, “The Malaise of a Civilization,” in which she urges Martinicans not to equate assimilation with white people with progress. The essay is addressed to her fellow countrymen and countrywomen and reads as a warning through a reasoned treatise. She asks, with regards to those who may want to assimilate to French culture, “What is the Martinican fundamentally, literally, and unilaterally? And how does he live? In providing answers to these questions, we shall see a stunning contradiction appear.”

When I read these lines, I felt as though Césaire’s voice was boomeranging through them until it found its home in my heart. Though not a Martinican, I began to ask myself whether the malaise of my earlier writing arose because I was creating through imitation and not through my natural way of describing stories and people. In the very beginning, I wrote with the voice of my innermost self, the self I was when I was a child and hadn’t yet learned about art through institutions. Later, because of this erudition, because most of the works that I believed to be great were written through a non-black lens, I assumed that I had to assimilate and inhabit a false body in order to be given the same kind of respect.

This imitation is frequent for people of color, particularly black people. As Césaire asserts in her essay, assimilation has been both encouraged and systematized into society. This “encouragement” is respectability politics: the policing of the behavior of those from marginalized groups for either adhering to or rejecting the dominant culture’s mandate to how to conduct themselves. It is angst catalyzed by colonialism. The notion spans across geographic and cultural boundaries. One of the lasting crimes of the slave trade is that even after the shackles were broken, black people of the diaspora struggled to rediscover their most natural rhythms of being. White hegemonic structures continually thwart us from this inquiry, whether this resistance be through our type of dress, speech, or beauty. We all want to “make it” in this world. We all want to survive—but when survival is predicated on being accepted by white people, Césaire argues, the mimicry this demands is the same as cowardice. She writes, “The Martinican has failed because, unaware of his real nature, he tries to lead a life that is not his own.”

It wasn’t until a white woman told me that I did not sound like myself that I realized how enormous a mistake I had committed in my development. I was taken aback. How did she know that my entire writing was an affectation? Where in the text could she see the ruse? I wonder: If a woman of color had said this to me, would I have been as startled? I figured that because a white instructor found how much I was faking, there was no need to hide anymore. It was as if she held a mirror in front of my face and said, “Look at yourself. Who are you writing for?” She never asked me why I chose not to write in my own voice, and whether she knew the answer to that question, I’m not sure. But by her suggesting that I abandon the project altogether, I gathered that the novel would never succeed if I were simply imitating what was not my natural style. In essence, I ruined the project before it ever had a chance to grow.

Because a white woman made this observation, I assumed that if she noticed that I was posturing, that all along I was trying to sound like those who look like her, then I had no other choice but to be myself. After you’re caught masquerading, what else is there to do but remove the mask and say to your reader, “This is who I’ve been all along. I have the same brain and fingers with which to type but I need to take off the mask and introduce my actual voice”?

To this day, I am still uncovering my truest voice, but I am getting better; I know this because frequent pauses and mental seesawing do not punctuate my writing process anymore. The words flow more easily. Writing seems less like a mountaintop I have to climb and more like a boat I have to navigate through a current of my desires, emotions, and deep-seated rage. Césaire believed that our truest nature nevertheless exists in spite of all the code-switching. I do not know when I will recognize that I have reached that supreme truth but I’m working on it.

In case you were wondering, that novel that I began right in the middle of the semester happens to be one of the stories that has made me the most proud. My characters are black like me. They talk and question like me. This is the way that I gather my essence: through make-believe, for it is through this creation of new worlds that I make sense of this world and my place in it.

Morgan Jerkins is a New-York based writer and editor at Catapult. Her work has been featured in The New Yorker, The New York Times, Rolling Stone, ELLE, Lenny Letter, and BuzzFeed, among many others. Her debut essay collection, This Will Be My Undoing, is forthcoming in January 2018 from Harper Perennial.