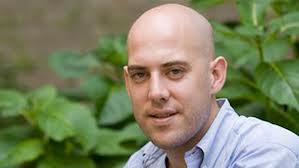 Never think of yourself
as someone who did not count —
festival of the souls.
– Matsuo Bashō (trans. Makoto Ueda)

Every article about Aleksandar Hemon repeats his backstory: In 1992, the Bosnian was visiting Chicago when war erupted in his native Sarajevo. Unable to go home, he settled here knowing almost no English, and then, in a supremely rare feat for adult language-learners, became an author of award-winning English-language books. Twenty-four years on, he’s one of the city’s most famous writers.

Chicago is my native city. Because Hemon himself has accurately appraised “the blessed scarcity of celebrities in Chicago, most of whom are overpaid athlete losers,” his workaday presence at a university a few blocks from my house strikes me as mildly otherworldly, almost as though a fictional character had stepped out of a book into real life. 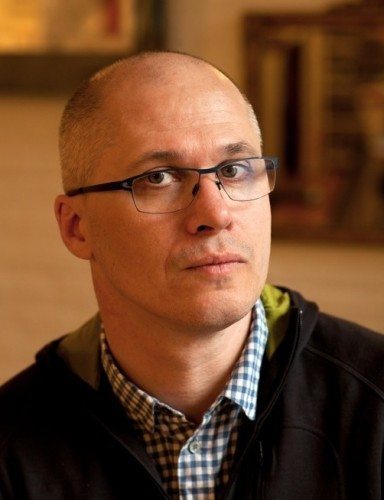 That’s not what makes me love his work, though. It’s how I felt his influence half a planet from here, in a place he’s likely never been, with a woman illiterate in any language. It’s how Hemon’s work contains a few lines that stand out now for how wrong they seem.

On the day she survived a massive fire in a garment factory called Tazreen, Sumaya Khatun was 16 years old. Employed since age 11, she was one of Bangladesh’s uneducated working poor, the sort of person most vulnerable to the kind of massive industrial disaster that the Tazreen fire was. The conflagration killed 112 of her coworkers, and Sumaya, a sewing assistant, narrowly missed becoming the 113th. Running through black smoke, she’d tripped over machines, slammed her face into the concrete floor, and managed to escape out a window, half-conscious, only because coworkers helped her.

If that was the sum of Sumaya’s misfortune, there’d be little more to say, and certainly nothing about Hemon. But weeks later, Sumaya began to get wrenching headaches. That winter, her mother, Amiran, slowly hawked everything she owned to get her daughter healthcare. By spring, doctors diagnosed a rare tumor in Sumaya’s brain. The illness was related to the fire, but only through political deception. That spring, labor activists began to help Sumaya access healthcare. In part, they exchanged their support for her participation in legal battles against Tazreen’s owner, which gained ground through scientifically implausible claims that the fire caused her deadly disease.

Their involvement brought me to Sumaya, and Hemon in turn to me. I’d started publishing my writing in Bangladesh while doing Fulbright health research. When the activists told me about Sumaya, I felt an unstoppable urge to understand the entanglement of unethical allegations with the last days of this dying child. But I was making my way into journalism unguided, alone, in one of the world’s least livable cities. In all of my reporting — eight months of following Sumaya, from summer 2013 to her death the next March — I had one only memorable touchstone: Hemon’s “The Aquarium.”

The essay appeared in Hemon’s The Book of My Lives in 2013, the same year Sumaya’s tumors grew. It recounts the death of Hemon’s infant daughter, Isabel, from a rare brain cancer, through her final, miserable days of surgeries, chemo, and intensive care, during which, Hemon writes, “our existence was horribly and irreversibly transformed.” I’d read it before meeting Sumaya, but remembered it only in February 2014, after her tumor had metastasized across her brain and body and even a glance made her terminal status clear.

That Valentine’s Day, I left her hospice ward and stopped in an open-air market nearby. The strawberry harvest had just begun. Although my mind felt glued to Sumaya and her imminent death, I wanted some of the luxurious fruit for another friend.

The market’s sidewalks were dotted with disabled beggars on tattered prayer mats moving their mouths in supplication. But Dhaka is a mega-city of 16 million, a knot of perpetually jostling crowds and nerve-shredding traffic. The market, noisy as an industrial slaughterhouse, drowned out their begging.

More curiously: The street’s overall din seemed muted. I felt quite apart from everything, as though the perfect blue-sky day went on behind panes of glass.

In “The Aquarium,” Hemon describes the same sensation. “One early morning,” he’d written, “I had the intensely physical sensation of being inside an aquarium: I could see outside, the people outside could see me inside (if they somehow chose to pay attention), but we lived and breathed in entirely different environments.” Suddenly, I grasped what he meant.

Passing money to a strawberry-seller whose face my memory did not record, I thought of another part of that essay, about “some first-rate cannoli” Hemon and his wife ate at the hospital, guiltily, “not to celebrate, but to keep ourselves going.” This brought to mind Sumaya’s mother, Amiran, a short, sturdy woman with betel-stained teeth. Like Sumaya’s bony, feckless father, she was illiterate. Unlike her husband — who, for reasons I never heard articulated, tended to burst into fits of frantic giggling — Amiran was self-possessed, cynical from enduring a lifetime of corruption, and prone to launching lengthy complaints into my tape recorder.

There was little to those two that resembled a tall, Slavic writer and his curly-haired wife. But Hemon had written about how his daughter’s illness involved “gathering undesirable, disheartening knowledge that had no application whatsoever in the outside world and was of no interest to anyone in it,” and Amiran had shrugged off my questions about Sumaya’s political impact, in an apparent echo of his perception of futility. On Valentine’s Day, amid striking, unearthly quiet, I felt deepening empathy for their isolation.

Nobody could mistake strawberries for cannoli. But I turned back to the vendor, doubled my purchase, and carried the white bags back into the hospice. Wordlessly, I handed one to Amiran, who sat cross-legged on the bed where her cachexic kid was slumbering. She nodded, silent in her own aquarium, and set the berries aside for later.

“The Aquarium” ranks among Hemon’s most-loved essays, but his oeuvre stretches two decades. His first book, 2000’s The Question of Bruno, included “Blind Jozef Pronek & Dead Souls.” The novella is about a Bosnian immigrant who becomes stranded in Chicago at the outbreak of the war — a thinly fictionalized version of Hemon himself in those years, in other words. In it, Hemon shears the fourth wall so finely it’s as if the fictional protagonist were gazing back at his real-life audience. “We could see his reluctance, his clumsy, indecisive gait,” the last pages read. “He made a couple of wobbly steps… smiling at us, as if he knew we were there.”

To me, it’s that version of Hemon who appeared in Bangladesh, despite my reading another book entirely: the one who grasped his own influence and seemed to transcend the pages on which his words appeared. It’s that version I see echoed in a newspaper photo I keep of Amiran at a labor protest after her daughter’s death, defiantly raising a sign in English she herself cannot read, gazing out at us.

“Isabel’s suffering and death did nothing for her, for us, or the world,” Hemon kvetched moodily in “The Aquarium.” “We acquired no experience that could benefit anybody.” Although I cannot say for certain what good strawberries do, I cannot think of Hemon without saying straightforwardly — as though he knows I’m here — how certain, and how grateful, I am that he was wrong.

M. Sophia Newman is a journalist who began her career in Bangladesh while completing a Fulbright fellowship in the country (2012-2013). She has since reported from India, Ghana, South Africa, Kenya, Nepal, France, and the US. Her reportage and essays have appeared in the Atlantic, Vice, Vox, Next City, Lithub, Religion & Politics, and other outlets. Her website is msophianewman.com.