An excerpt from The Cathedral Of Mist (Wakefield Press)

Bread should never be sliced, my grandmother says, it must be broken.

And she takes the knife from my hands. I say nothing, silent in the presence of sacred words.

I ask my cousin to explain. She is twelve years old. I trust her because of her eyes. Great big eyes with bluish whites and moist, glistening irises each night paints anew with India ink.

I feel like she is about to unveil one of the secrets of the world to me, one of those secrets guarded by dragons.

She says, “When a knife touches bread, the bread screams.”

A short while later, my cousin and I play at leaning out the fourth floor window. She slips and lets out a scream. A feeble scream. But right away, I know it as the scream of death. She crashes into the sidewalk.

Every night since then, no sooner did I shut my eyes in bed than I would see her falling. A neverending plummet. Slowly she would twirl as if suspended in the air, always just about to crash into the sidewalk without ever hitting it. It was an unbearable sight. I’d let out a scream then, a very feeble scream, so as not to wake my grandmother, in whose room I slept. She’d come running right away, very alarmed. She would sit down on my bed.

Heaven was far away. My cousin! Why wasn’t she here with me anymore? Never again would I run to her in the morning to see the irises of her eyes painted anew.

“Cry,” my grandmother would murmur, “If you cry, you’ll sleep. If you sleep, you’ll forget. Cry, cry, it’ll do you good. And her too. If you cry, she’ll sleep better up there.”

I never could bring myself to cry. I kept seeing my cousin inside me, falling without falling, twirling without moving, dying without dying. 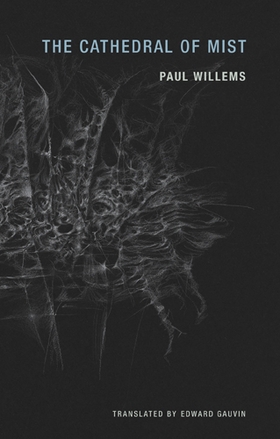 One night, my grandmother found the words to soothe me. She explained that there were heavens everywhere, some not far away at all. A special one had even been arranged for my cousin. She would soon be sent to the seaside, to Ostend, to a first-rate boarding house for little dead girls. I no longer dreamed I saw her falling. But still I could not cry.

My grandmother herself died a month later. Ever so pale, she lay smiling on her deathbed. I knew she was smiling for me, that she was saying, in silence, “Hush, it’s nothing. Nothing’s the matter. And tonight, sleep, sleep; it’ll do me good, for I’ll be sleeping too.”

Instead of crying, I smiled at her. I answered her as one speaks to the dead: in silence. “Go see her in Ostend, Grandmother, in that first-rate boarding house for little dead girls, and tell her not to forget me.”

At Easter, I asked to go to Ostend for vacation.

Before the war, Ostend floated on the sea. At high tide, waves would beat against the hotel’s broad windows. The sea was streaked with violet, and the sky was an upside-down sea the same colors as the water. The thirty thousand gilded weathervanes for which Ostend was renowned, all parallel in the wind, were like a school of fish swimming upstream.

When I went out in the mornings, the town would just be emerging from the sea where night had plunged it. It was streaming with water. Scraps of waves still clung to the sculpted façades of houses along the dike, with their marine motifs. Caryatids of salt bore aloft iron balconies wrought with seaweed patterns.

My lips, too, were salty.

I would walk along the dike in a wind from the vasty deep, stopping before each boarding house without daring to go in, for fear of meeting little dead girls.

I was at peace. I knew she was here with my grandmother, in one of these seaside houses. That was enough for me. She was at the Seabreeze, the Beachgrass, the Gull’s Nest, or the Dunes… soon I knew them all by name, and at night, would recite these like a litany, and put myself to sleep while Ostend sank into the sea.

These days, I stay mostly at Palace Hotels. In the mornings, a maid brings me breakfast on a cart. There’s nothing sadder than those trolleys burdened with serving dishes, church domes in imitation silver. One lifts the domes to find eggs, bacon, ham, everything greasy and warm.

One day, in a large Parisian hotel, the ritual of breakfast was completed by the presence of two little pistolet rolls. No cupola protected them. Side by side they rested, naked and golden, on a porcelain plate. I went to cut one of them open when, with a squeal, my knife skidded off the crust as if the bread had screamed, and I gashed my finger. The wound wasn’t deep, but it bled copiously. The little rolls were spattered with blood. I stanched the flow with a handkerchief and rang for the chambermaid.

She stared at me with eyes whose moist and glistening irises had been painted anew with India ink.

“Bring me a bandage,” I said, showing her my finger.

While she was gone, I took the rolls, wrapped them in newspaper, and hid them in my valise.

The chambermaid led me to the bathroom, deftly cleaned the wound, and applied a light dressing.

As our fingers intertwined, she said, “Wait! Wait till your hands are dry.” Then added, her gaze lowered, “You remind me so much of someone I knew when I was little.”

She gazed at me silently. Her eyes, with their bluish whites, did not blink. I took her in my arms and loved her. I clasped her to me with all my might to keep her from crashing in a colossal fall faraway, in the depths of my childhood.

Suddenly she said, ever so pale, “Look what you’ve done! I’m all covered in blood!”

My wound had reopened, and her apron, which she hadn’t bothered to remove, was all stained with blood.

I swore to her it wasn’t so. Quite the opposite—red brings good luck.

I can tell she’s going to slip away, and try to hold her back by force. Terrified, she struggles and strikes out at me, screaming.

She frees herself and for a long time we stare at each other without speaking. She is the one who breaks the silence, stammering, “Forgive me… the blood… I can’t.”

That very day, I left Paris and took the train for Ostend.

I arrived in the evening.

The town, destroyed during the war, has been rebuilt with sleek edifices.

The Seabreeze is still there out there on the dike, but the statues of salt and balconies of wrought seaweed have given way to unremarkable windows.

I go in and get a room. The proprietor speaks in a hushed voice, as if someone has died, and the chambermaid’s eyes are lightless, lifeless. I ask why the great mirror in the hall is covered. The owner laughs, and lies through his teeth, “It’s broken! I’ve ordered another.”

My room is cold and clean, too clean. Its smell of wax and ether recalls clinics where nothing dispels the odor of oblivion.

While unpacking, I find the two bloody rolls in their paper shroud. For a moment I hesitate, then tie up the little package upon finding, in the desk drawer, a bit of string which seems to have been left there for just that purpose.

The breakwater at Ostend is a handsome piece of woodwork. Planks and beams interleave in a vast plan shaped like a wing. High oaken pilings wear white caps where seagulls perch. I go all the way to the platform at the end of the breakwater, far into the sea—a place I like because it resembles the deck of sailing ships of yore. I am alone. I toss the package into the channel. I watch it bob and float away in fits and starts, as the waves breathe in and out. The paper grows wet. The little rolls make the paper bulge a bit. Slowly, everything comes apart.

Suddenly, I find that I am weeping. Tears that bring forgetting. Without knowing it, I have acted in answer to my grandmother’s sacred words from thirty years ago. I feel like I am freeing my cousin, prisoner of my nightmare. Forgetting. The only peace we are given to know.

Paul Willems (1912–1997) published his first novel, Everything Here is Real, in 1941. Three more novels and, toward the end of his life, two collections of short stories bracketed his career as a playwright.

Edward Gauvin has received prizes, fellowships, and residencies from PEN America, the National Endowment for the Arts, the Fulbright program, Ledig House, the Lannan Foundation, and the French Embassy. His work has won the John Dryden Translation prize and the Science Fiction & Fantasy Translation Award, and been nominated for the French-American Foundation and Oxford Weidenfeld Translation Prizes. Other publications have appeared in The New York Times, Harper’s, and World Literature Today. The translator of more than 200 graphic novels, he is a contributing editor for comics at Words Without Borders. Home is wherever his wife and dog are.