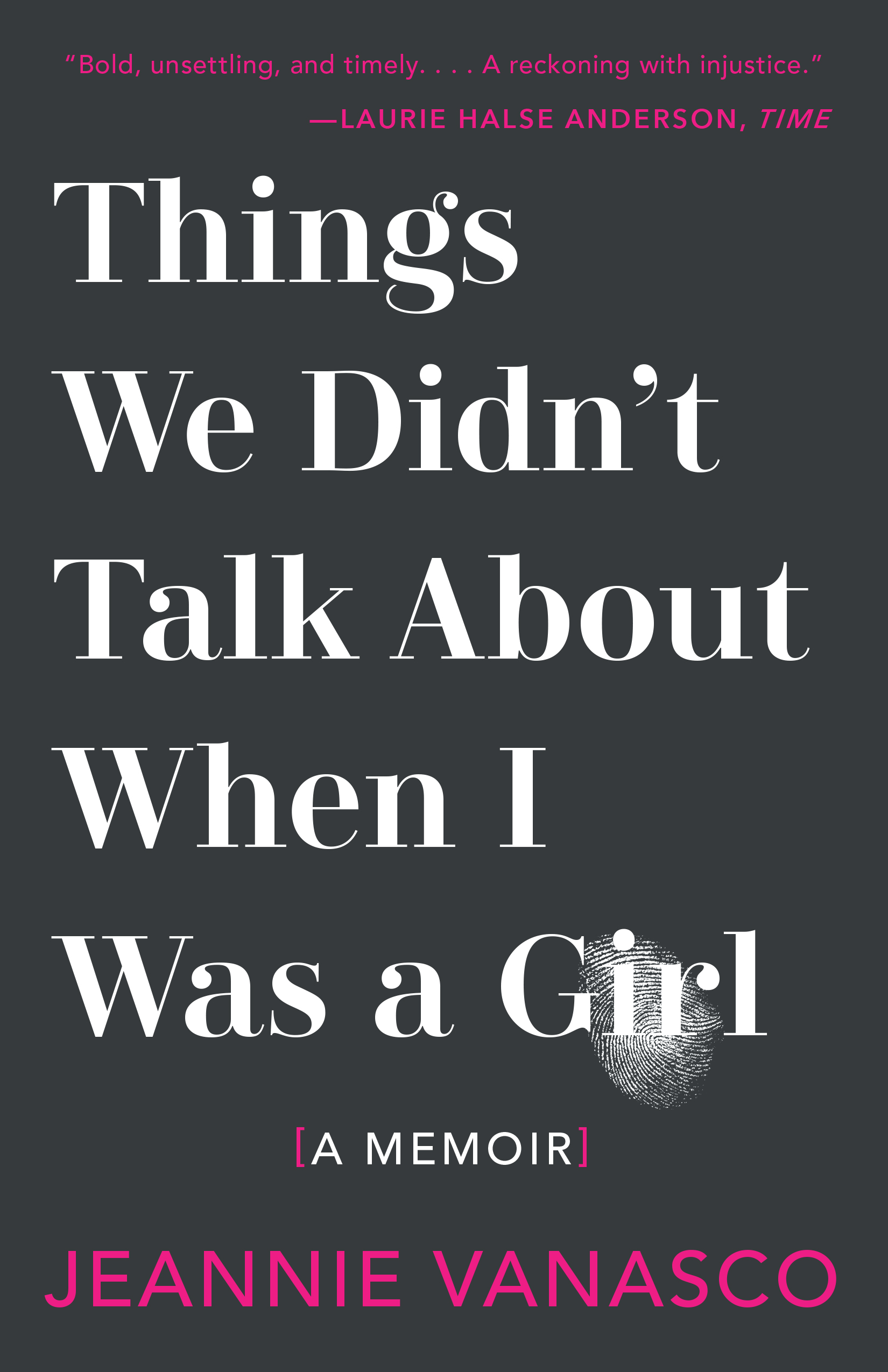 Jeannie Vanasco has had the same nightmare since she was a teenager. It is always about him: one of her closest high school friends, a boy named Mark. A boy who raped her. When her nightmares worsen, Jeannie decides—after fourteen years of silence—to reach out to Mark. He agrees to talk on the record and meet in person.

Jeannie details her friendship with Mark before and after the assault, asking the brave and urgent question: Is it possible for a good person to commit a terrible act? Jeannie interviews Mark, exploring how rape has impacted his life as well as her own.

Unflinching and courageous, Things We Didn’t Talk About When I Was a Girl is part memoir, part true crime record, and part testament to the strength of female friendships—a recounting and reckoning that will inspire us to ask harder questions, push towards deeper understanding, and continue a necessary and long overdue conversation.

The night before her father dies, eighteen-year-old Jeannie Vanasco promises she will write a book for him. But this isn’t the book she imagined. The Glass Eye is Jeannie’s struggle to honor her father, her larger-than-life hero but also the man who named her after his daughter from a previous marriage, a daughter who died.

After his funeral, Jeannie spends the next decade in escalating mania, in and out of hospitals—increasingly obsessed with the other Jeanne. Obsession turns to investigation as Jeannie plumbs her childhood awareness of her dead half sibling and hunts for clues into the mysterious circumstances of her death. It becomes a puzzle Jeannie feels she must solve to better understand herself and her father.

Jeannie Vanasco pulls us into her unraveling with such intimacy that her insanity becomes palpable, even logical. A brilliant exploration of the human psyche, The Glass Eye deepens our definitions of love, sanity, grief, and recovery.