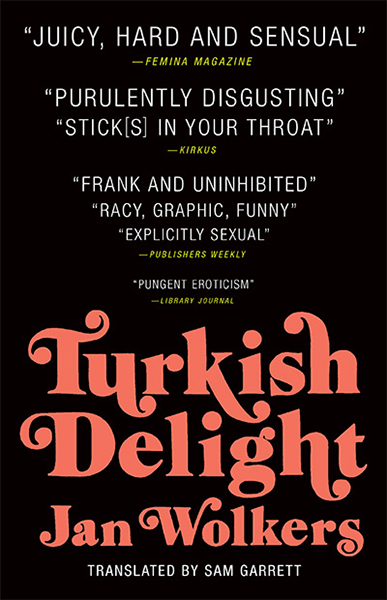 Upon its original publication in 1969, Turkish Delight was a sensation and a scandal. Its graphic language and explicit sex scenes had an explosive effect, but just as revolutionary was its frank, colloquial style. The more straightlaced critics condemned the book, but readers saw a novel that reflected the way that they spoke, thought, and felt.

Turkish Delight opens with a screed: a sculptor in his studio, raging against the love he lost and describing, in gory detail, the state of his life since she left him. Our narrator alternates between the story of his relationship with Olga—its passion and affection, but also its obsessiveness and abuse—and the dark days that followed, as he attempts to recapture what they had when they lived together, “happy as beasts.” The two only reunite during Olga’s inexorable and tragic decline into cancer—the chemo having taken her hair and rotted her teeth, she will only eat the soft, sweet Turkish Delight that her ex-lover brings to her bedside.

In a new translation by Sam Garrett (Herman Koch’s The Dinner), readers get a sense of Wolkers’s revolutionary style and musical prose, Turkish Delight’s particular balance of naked impulse and profound longing.

Tin House Books gratefully acknowledges the support of the Dutch Foundation for Literature, whose generous subsidy made this new translation possible.