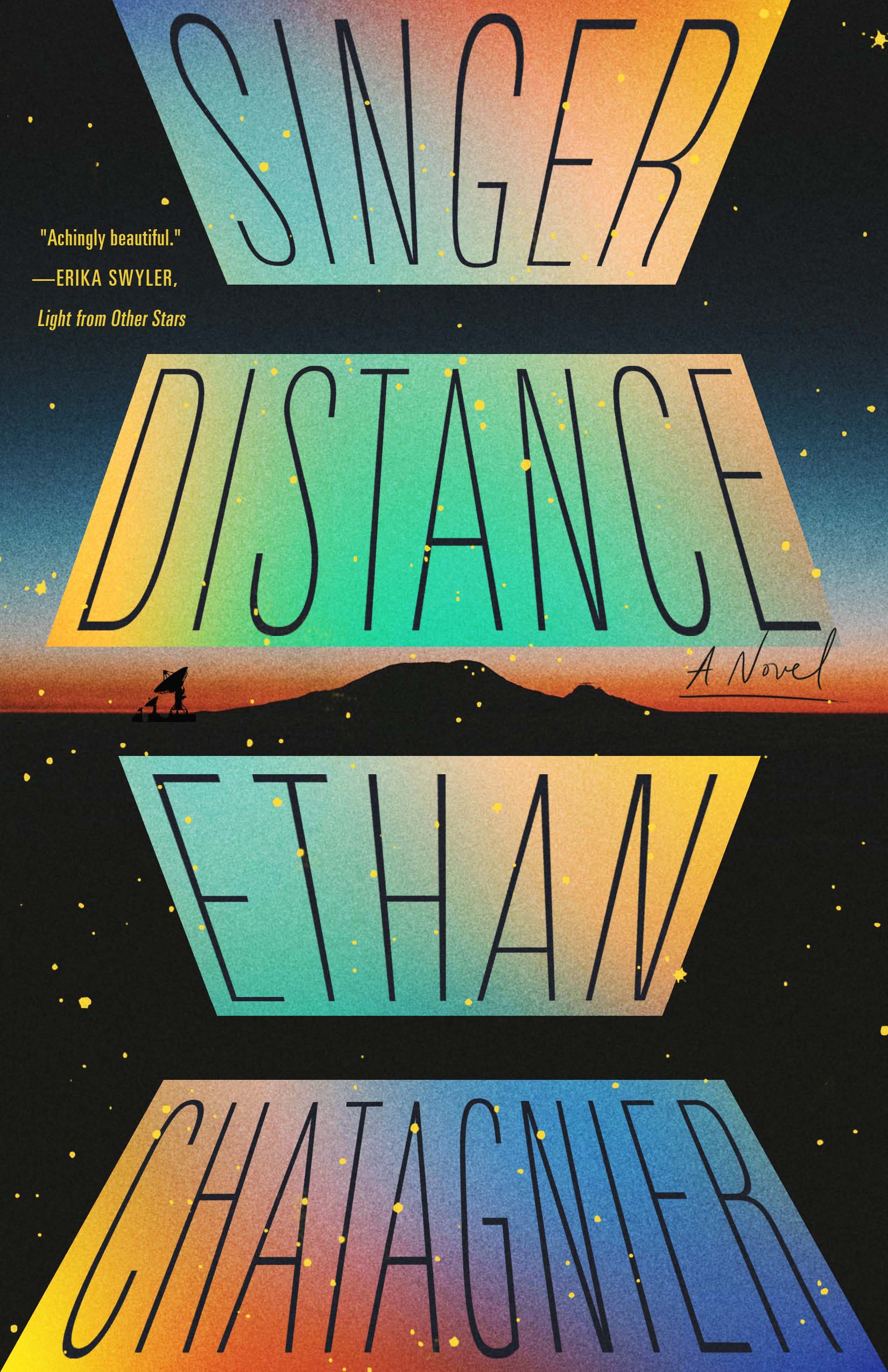 The odds of the planet next door hosting intelligent life are—that’s not luck. That’s a miracle. It means something.

In December 1960, Crystal Singer, her boyfriend Rick, and three other MIT grad students take a cross-country road trip from Boston to Arizona to paint a message in the desert. Mars has been silent for thirty years, since the last time Earth solved one of the mathematical proofs the Martian civilization carved onto its surface. The latest proof, which seems to assert contradictory truths about distance, has resisted human understanding for decades. Crystal thinks she’s solved it, and Rick is intent on putting her answer to the test—if he can keep her from cracking under the pressure on the way. But Crystal’s disappearance after the experiment will set him on a different path than he expected, forever changing the distance between them.

Filled with mystery and wonder, Ethan Chatagnier’s Singer Distance is a novel about ambition, loneliness, exploration, and love—about how far we’re willing to go to communicate with a distant civilization, and the great lengths we’ll travel to connect with each other here on Earth.