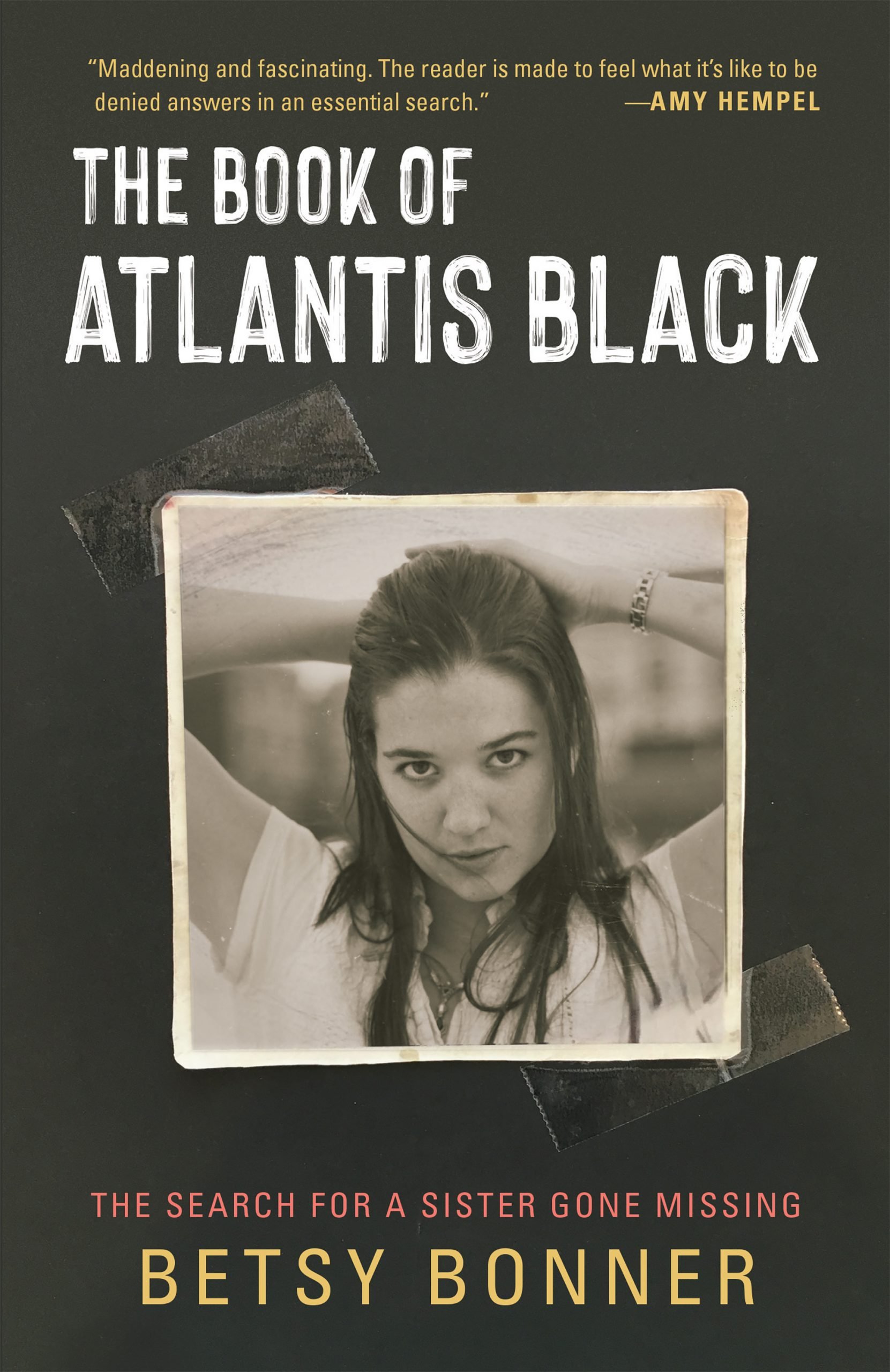 A young woman is found dead on the floor of a Tijuana hotel room. An ID in a nearby purse reads “Atlantis Black.” The police report states that the body does not seem to match the identification, yet the body is quickly cremated and the case is considered closed.

So begins Betsy Bonner’s search for her sister, Atlantis, and the unraveling of the mysterious final months before Atlantis’s disappearance, alleged overdose, and death. With access to her sister’s email and social media accounts, Bonner attempts to decipher and construct a narrative: frantic and unintelligible Facebook posts, alarming images of a woman with a handgun, Craigslist companionship ads, DEA agent testimony, video surveillance, police reports, and various phone calls and moments in the flesh conjured from memory. Through a history only she and Atlantis shared—a childhood fraught with abuse and mental illness, Atlantis’s precocious yet short rise in the music world, and through it all an unshakable bond of sisterhood—Bonner finds questions that lead only to more questions and possible clues that seem to point in no particular direction. In this haunting memoir and piercing true crime account, Bonner must decide how far she will go to understand a sister who, like the mythical island she renamed herself for, might prove impossible to find.