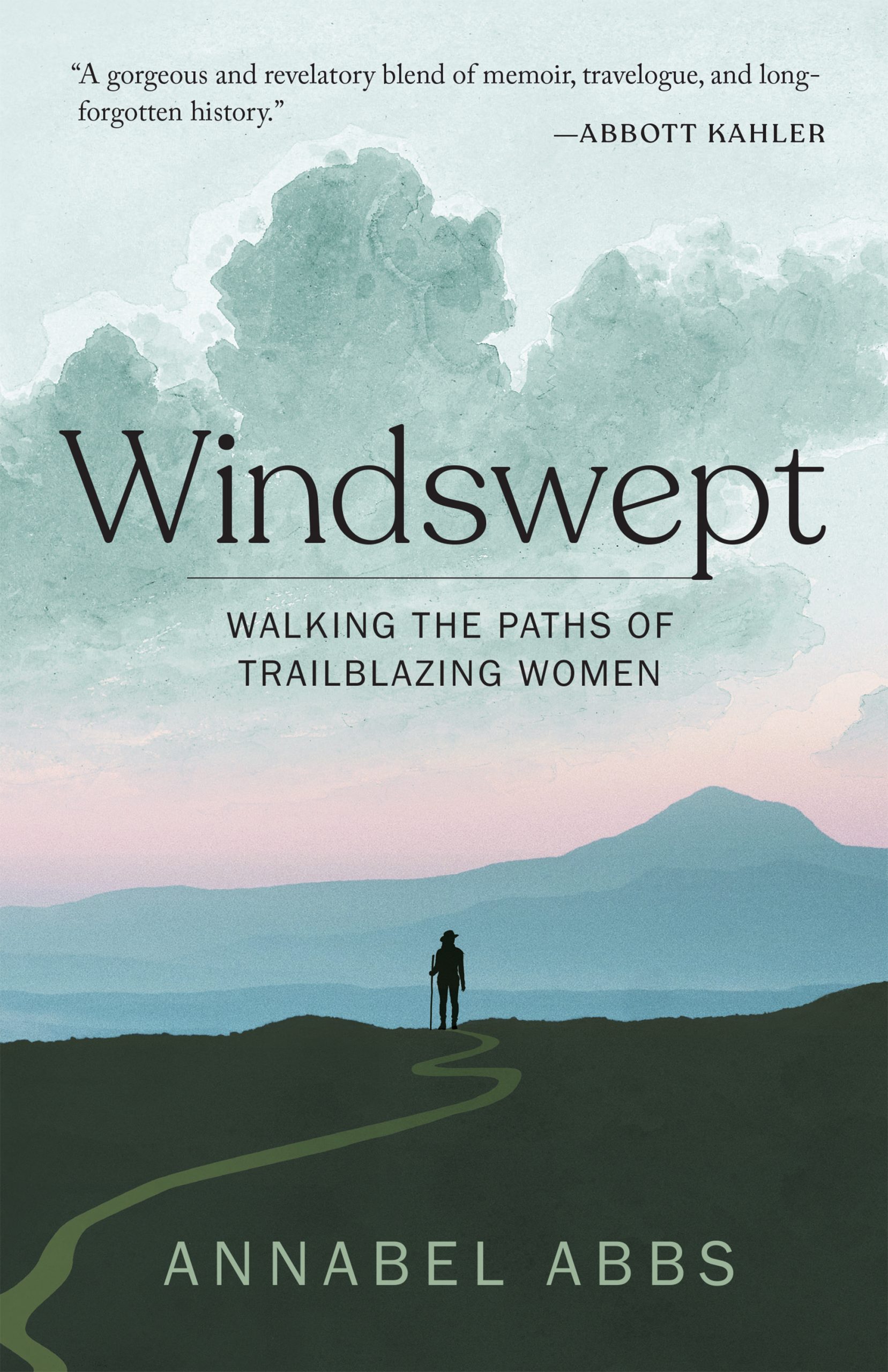 Annabel Abbs’s Windswept: Walking the Paths of Trailblazing Women is a beautifully written meditation on connecting with the outdoors through the simple act of walking. In captivating and elegant prose, Abbs follows in the footsteps of women who boldly reclaimed wild landscapes for themselves, including Georgia O’Keeffe in the empty plains of Texas and New Mexico, Nan Shepherd in the mountains of Scotland, Gwen John following the French River Garonne, Daphne du Maurier along the River Rhône, and Simone de Beauvoir—who walked as much as twenty-five miles a day in a dress and espadrilles—through the mountains and forests of France.

Part historical inquiry and part memoir, the stories of these writers and artists are laced together by moments in Abb’s own life, beginning with her poet father who raised her in the Welsh countryside as an “experiment,” according to the principles of Rousseau. Abbs explores a forgotten legacy of moving on foot and discovers how it has helped women throughout history to find their voices, to reimagine their lives, and to break free from convention.

As Abbs traces the paths of exceptional women, she realizes that she, too, is walking away from her past and into a radically different future. Windswept crosses continents and centuries in a provocative and poignant account of the power of walking in nature.