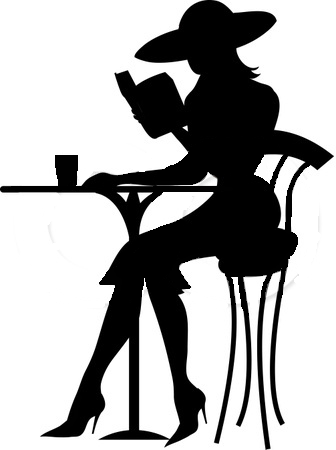 Talk of happy memories tends to lead people toward the big occasions: the birth of a child, paying off the last cent of a student loan, the realization that you are a grown-up and no one can ever make you go to church again. But some of the memories I hold as the most pleasurable are just regular old days in which a few elements managed to converge unexpectedly and perfectly.

All of this is a way of saying that a few years ago on a winter afternoon I re-read Jane Eyre for the tenth time while eating rice pudding and a tangerine, and it was one of the best damn moments of my life. I don’t even eat rice pudding very often, and when I do I want the everyday version made with milk and not cream, with nutmeg and vanilla, and maybe some dried fruit. The tangerine was just a random addition because I wanted a little brightness, some additional sugar without more pudding, but it turned out to be one of those perfect tangerines that pops up now and again amid the desiccated, sour, dimpled ones. Something about the rice in particular–its gentleness, the sweetly prosaic nature of the versions I like best, and its cozy English connotation–makes it an ideal companion to a novel in which one so often feels cold, shut out, and physically fragile. 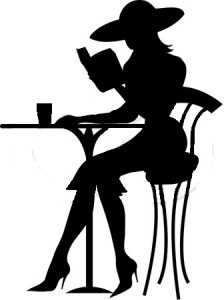 Why do magazine writers (it is always magazine writers, usually the ones exhorting us to slow down, enjoy life, or lose weight) love to opine that one should eat without reading, as if this is some triumph over the ills of modern life? I fail to see why a refusal to combine two of life’s greatest and most democratic pleasures would make me a calmer or happier person. Here’s what makes me a calm and happy person, on the rare occasions I approach that state: a bowl of a pasta with a glass of red wine and a paperback mystery I can carry anywhere, dip into as I please and be swept back up, and not worry that I’ll miss some nuance as the wine kicks in.

Part of the greatness of reading and eating is that one tends not to read upsetting or gory books over a meal; nothing ruins a nice meat dish like a gruesome death scene. I suspect Kafka would not lend himself to this. Nor do I recommend extremely dense or challenging books during a meal, either—save the philosophy or lit crit for the next time you find yourself sitting alone on a hard chair in a white room with no discernible source of light. On the other hand, there is something almost too sybaritic about pairing an airy confection of a book with its pastry-based equivalent, by which I mean it is something you should absolutely do as often as possible. And while you could do worse than basing your menu on the characters and having mackerel and cold beer with Hemingway or rogan josh with Jhumpa Lahiri, the point is not to make a big production out of it. If all you have around is eggs and toast and a book you’re kind of enjoying, the two will elevate each other, anyway. And if twenty years later you find yourself forever associating Gail Godwin with baked polenta, roasted vegetables and fresh mozzarella, you may not recall every detail of the book itself so much as you recall the little table in your studio apartment, the crackle of the library’s plastic book cover, the minuscule half-stove and mini-fridge of the kitchen, and the view of the park outside the window. But that’s fine too.

Michelle Wildgen is an executive editor at Tin House magazine. She is the author of the forthcoming novel The Back of the House, the novels You’re Not You and But Not for Long and editor of an anthology, Food & Booze: A Tin House Literary Feast. Her fiction and nonfiction have appeared in publications and anthologies including the New York Times, O, the Oprah Magazine, Best New American Voices 2004, Best Food Writing 2004 and 2009, and elsewhere.