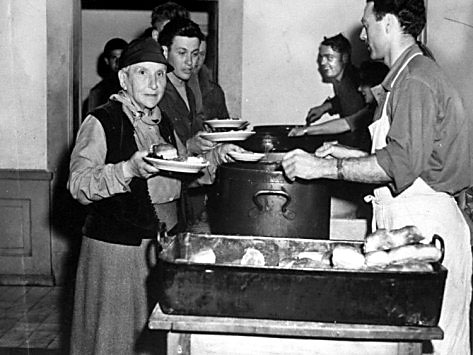 “Gertrude Stein is so fly,” a friend said over a cup of coffee the other day. It was hard to know how to respond to her and the best way seemed to go for a second cup.

A lot has been said about the brilliant and formidable grande dame of modern prose over the past century, but this was the first time I’d heard Gertrude Stein associated with a word so slangy, unexpected and short. “I like words of one syllable,” Stein writes in her brief, beautiful book Paris France, and her fondness for uncomplicated words and brevity are unmistakable parts of her astonishing writing style. That said, there are longer, peripatetic sentences in Paris France—as in Gertrude Stein’s work in general—that literally take your breath away, not only for their length, but also for their lyricism. 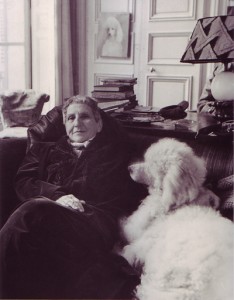 It’s very clear that one of her serious passions was punctuation and grammar. In the newly published edition of Paris France (out this month by Liveright), Adam Gopnik’s astute introduction is an eloquent crash course on Steinien subjects and practices. In it he writes, “Her style is more coherent and ‘ordinary’ than it can seem, in part because a lot of Stein’s effect is achieved by the ridiculously simple device of removing normal punctuation.” As her sentences are not obscured by much in the way of commas and such, reading Stein can require a concentration that can possibly be fortified by a strong third cup of coffee.

She lived in France for more than forty years and her sensitive, humorous and sometimes quirky observations about Frenchness are the very stuff of this book. In addition to emphasizing Paris as the center of art and literature in the twentieth century, she takes in and takes on the subjects of logic, fashion, dogs, servants, civilization, and cooking, among other topics large and small, with the warning of war looming in the background. Published in 1940 on the verge of the Second World War, as Gopnik notes, “The whole book is permeated with the knowledge that a war is just about to start; she has taken to the countryside to write the book, and the threat of war . . . fills the book.”

And this sense of danger and apprehension is poignantly distilled in two separate sections of Part III, where she describes what happened to la Mère Mollard’s dish of quenelles. A traditional French recipe, quenelles are made with butter, flour, eggs, often filled with fish or chicken, rolled into balls and cooked in boiling water or a sauce (There are definitely some variations on the theme). 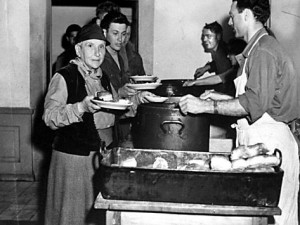 Food—in its pre-war abundance followed by its desperate shortage—becomes a symbol of the impending war. And Gertrude Stein, in her inimitable and resonant style, delicately lays the table for the reader: “But still now it is 1939 and war-time, well it was just beginning and everything was agitating and one day we were with our friends the Daniel-Rops they are our neighbors in the country and he was expecting a call to go to Paris and the telephone rang. He went quickly to answer it, he was away some time and we were all anxious. He came back. We said what is it. He said the quenelles the Mère Mollard was making for us have gone soft.”

Plus ça change, plus c’est la même chose. Stein writes, “It is nice in France they adapt themselves to everything slowly they change completely but all the time they know that they are as they were.” Rarely has a truer statement about the French—and the Parisians—been said.