Rob Spillman: “The Broadway Gang” (which appears in the latest issue of Tin House) centers around Portland’s Occupy encampment. Looking at the Occupy movement now, both in Portland and nationally, are you encouraged? Hopeful?

Jon Raymond: Its funny, this piece is a pretty cynical affair, but even while I was writing it I happened to go to New York and had the privilege of witnessing some of the events around OWS first hand. I was there for the November 17 Day of Action, the post-Zucotti-clearing demonstrations, the big gatherings at Union Square and on the Brooklyn Bridge, and came away feeling totally exhilarated. The people in New York were so much more serious, diverse, and passionate than here. They were funnier, more adventurous, smarter, everything. I ended up attaching myself to some cell springing out of the gallery art world, led by an anarchist guy so bad-ass he dressed like a J. Crew model because he’d been arrested so many times and had to avoid attracting attention. This group helped orchestrate the occupation of a building not far from Union Square, and I have to say, the plotting of the invasion satisfied pretty much every May 68 fantasy I’ve been nursing since college. Secretive meetings, maps on the wall, covert signals, the whole thing.

So yeah, I think there were seeds sown last year that are going to be growing for a long time. Thinking about the younger people involved in the street protests, in particular, I have to imagine there were bonds formed that will continue far into the future. And I do think the basic message of the Occupy movement changed the national conversation from the start. We are able to talk publicly about wealth distribution in a way that has not previously been possible in my lifetime. I have no idea if further protests are in the offering or if they’ll be effective should they occur, but I ended up, contrary to the tone of this particular essay, really inspired by Occupy. This piece was very much about Occupy Portland and what I saw there. Were I to write about Occupy New York, or the Occupy movement on a global level, I’d hope the snide tone would be greatly reduced.

RS: You site Don Carpenter both in the essay and in other interviews. What is it about his work the resonates with you?

JR: There are a couple obvious, personal reasons, I guess (or at least, obvious to anyone who knows me). For one thing, he’s from around here, or at least he put in some time here, and as a citizen of the Northwest and a fairly local-minded writer, I enjoy seeing my landscape and culture depicted in prose. I’d argue that both Hard Rain Falling and The Class of 49 are kind of timeless evocations of this place, and numerous of his other books are excellent depictions of California, north and south. Also, Carpenter ended up getting pretty entangled in Hollywood, and as an accidental screenwriter myself, I’m curious about anyone who bridges that gap between fiction and film. He even bridged the gap into producing, too, landing a very rare writer-producer credit on the 1973 movie Payday with Rip Torn. And lastly, I’m kind of fascinated by the scene he belonged to, a clique of what I imagine to be hard-partying Bohemians in Mill Valley (across the bay from San Francisco), including Richard Brautigan and Anne Lamott, among others. Not beatniks, exactly, but maybe something even more interesting.

But I like to think I’d love his books, particularly Hard Rain Falling, regardless of the biographical stuff. As I’ve said before, he writes stories that could easily be construed as hard-boiled or bleak—set in prisons and pool halls and whorehouses and such—and yet the fundamental voice is always of incredible warmth and affection. If there is a characteristic Don Carpenter sentence, it’s “I liked him.” In Hard Rain Falling, for instance, after the main character gets beaten up and arrested by cops, Carpenter ends the scene like this: “I felt glad. I really liked that cop. He told me the truth, that cop did, and I really liked him for it. I wanted to reach out and kiss him, or at least shake his hand. He was a good cop.” That’s Don Carpenter all over the place. I find him to embody a lovely disposition, writerly or otherwise.

RS: You’ve lived in both Brooklyn and Portland. What do you like and dislike about both places?

JR: In Portland, I love Tasty and Sons; the World Famous Kenton Club; the Willamette Bluff; the east side of Mt. Tabor; the Kenton neighborhood music festival; Cherry Sprout grocery store, in particular the lawn on the side; Greeley Avenue running along the train yards; Flying Hearts day care; the Firehouse restaurant; the copious wild fennel; late summer.

In Brooklyn, I love BAM, Caputo’s, Spoonbill and Sugartown book store; Prospect Park, every inch of it; the arch at Grand Army Plaza; the F train between Smith and 7th. Ave.; Coney Island; Pete’s Candy Store.

I don’t really dislike anything about Brooklyn. Well, except maybe all the mediocre boutiques and restaurants along Smith Street and the general atmosphere of knowingness and envy.

RS: As a native Portlander, what has been the biggest change you’ve seen?

JR: The food has gotten incredibly good. The hype is true on that front. We’ve had a food renaissance here in the last decade that has delivered us dozens of restaurants that are not only delicious but affordable. The amazing thing about the amazing restaurants that’ve changed our city is that they’re actually priced for normal people. Fucking awesome.

RS: Is Portland in danger of imploding from hipness?

JR: Judging from the playgrounds and day care facilities that I frequent, the answer is no. But even elsewhere, I don’t really think so. The thing is, even on their worst day, Portland’s hipsters are of a massively hardier, more pure-minded breed than Williamsburg’s. The hipsters of Brooklyn are all secret stooges of the culture industry, whereas the hipsters of Portland are genuinely throwing their lives away in the name of art and fashion.

RS: Short stories, novels, screenplays, you have been successful in all three. What gives you the most pleasure?

JR: Writing sentences and paragraphs gives me the greatest sense of accomplishment, but the collaboration of filmmaking is a real thrill, too. And people actually see the movies, which is nice. 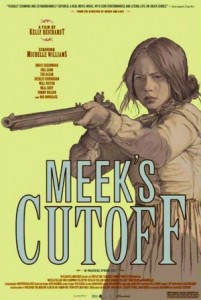 RS: What are you working on right now?

JR: I’m actively working on a new novel and a batch of stories, and then I’ve got a couple screenplays (with Kelly Reichardt and Todd Haynes) lined up at various points of preproduction. The Kelly movie is shooting (God willing) in October in Southern Oregon, with Jesse Eisenberg, Dakota Fanning, and Peter Sarsgaard as ecoterrorists. The Todd script is just entering its final draft and (God willing) will pick up actors and momentum sometime in the near future. The books are in the early phases, but going well.

JR: Oh, three is too hard. I had a great time reading Dana Spiotta’s Stone Arabia and Jennifer Egan’s A Visit From the Goon Squad back to back. Those books have such strange affinities, what with their respective outsider musicians afflicted by the specter of time. I’ve also been loving the collected stories of Deb Eisenberg. Absolutely amazing. Age of Innocence by Edith Wharton, and her novella The Touchstone. Airships by Barry Hannah. Any Day Now by Terry Bisson. Wildwood by Colin Meloy. Beauty in Photography by Robert Adams. Not a dud in there.

RS: Three books on the top of your “too be read next” list?

JR: I’m actually putting together a collection of art reviews I’ve written on Portland artists over the last fifteen years or so, to be published (God willing) with Publication Studio. Many of my favorites are contained therein: Malia Jensen (PDX/Brooklyn both), Mike Brophy, Eric Stotik, Storm Tharp, and Cynthia Lahti, to name a few.

Snakes Whose Skins Refuse to be Shed: An Interview with Jeff Jackson