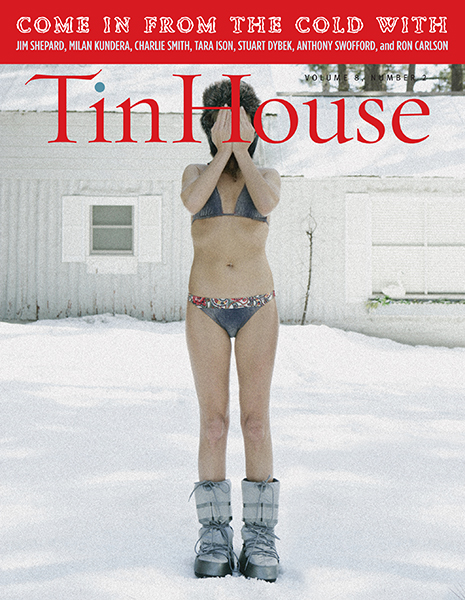 In this issue, Jim Shepard returns with another deeply empathetic, surprising story based on a real person (Shepard has previously delved into the psyches of a disparate group of enigmatic characters such as John Entwistle, John Ashcroft, and the Creature from the Black Lagoon). In “Eros 7” he blasts into psychic space with pioneering cosmonaut Valentina Vladimirovna Tereshkova. We’re also delighted to welcome back Ron Carlson, Tara Ison, Anthony Swofford, Anthony Doerr, Stephen Elliott, Stuart Dybek, and Charlie Smith. On a more metaphysical note, the very public European intellectual Milan Kundera, citing the works of some of his favorite authors such as Flaubert and Kafka, argues that the novel casts a sublime spell in a way no other form can.